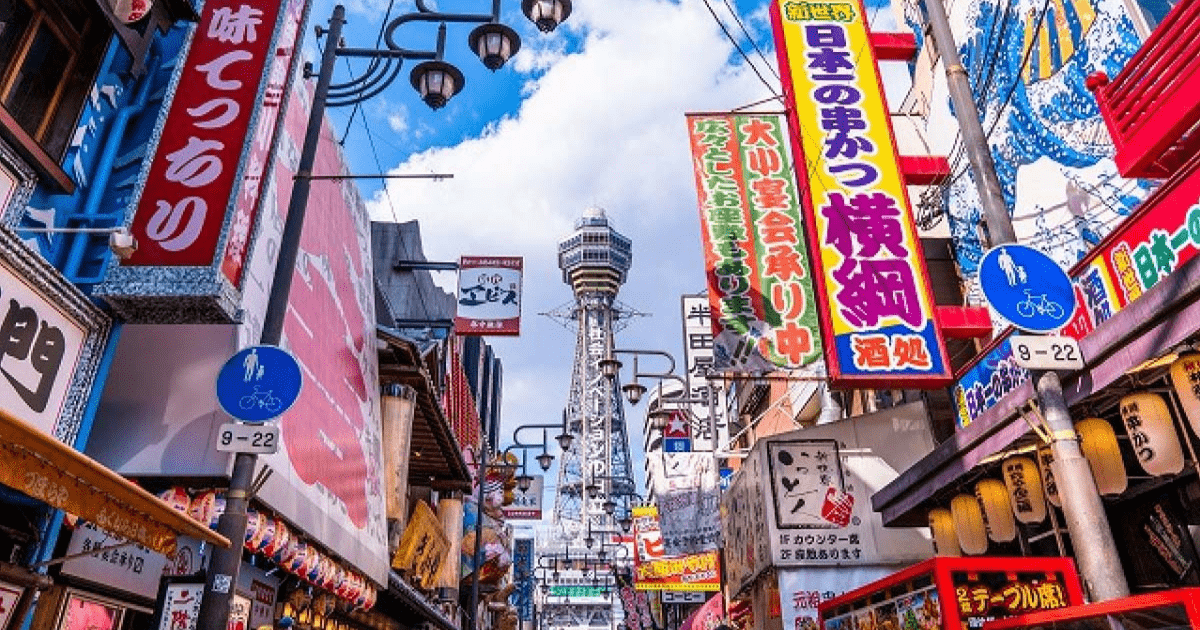 After Tokyo, Osaka is the next largest metropolitan area with roughly 19 million residents. Today, the city has a variety of popular districts that have entertainment, food, shopping, and temples worth visiting. Osaka is a great place to visit for anyone wanting to get to know the early history of Japan—here are the 20 best attractions to visit. While in Osaka, don’t miss Abeno Haruskas, the tallest skyscraper in Japan that was opened in 2014. The building that stands at 300 meters high is home to an observation deck that offers one of the best 360-degree views of Osaka. The floor-to-ceiling glass panels provide a safe way to enjoy the view no matter the weather and you can also enjoy a cup of coffee while you’re at it. 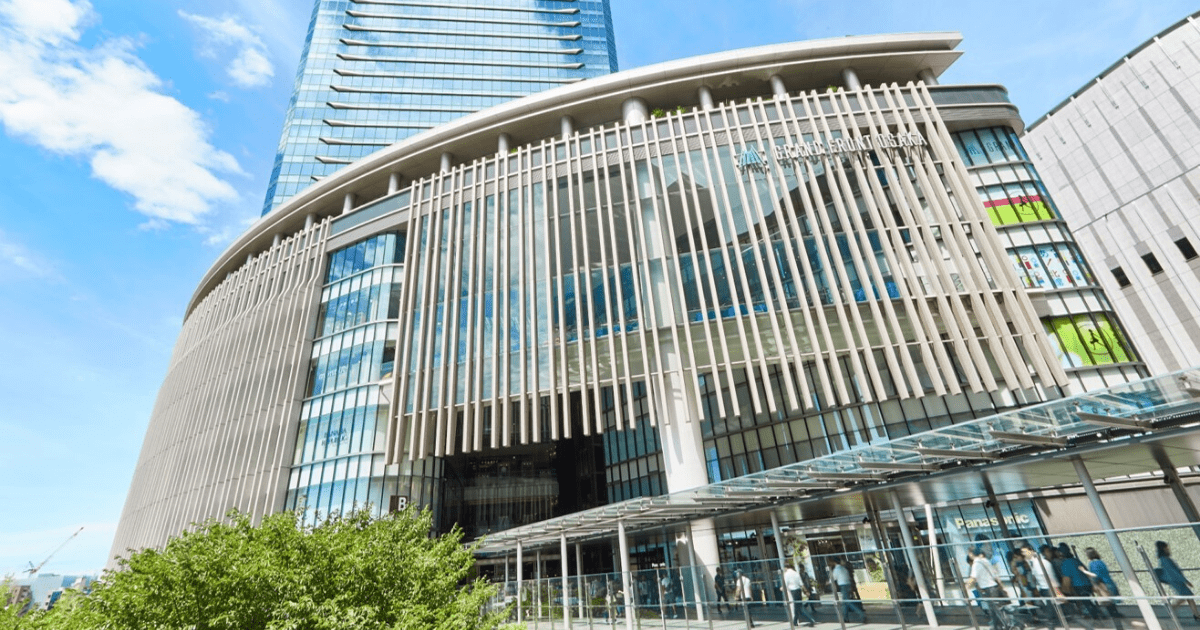 The Grand Front Osaka is an area full of shops, restaurants, hotels, and even some residential towers. The large commercial complex was opened in 2013 and offers entertainment perfect for any time of the day. You’ll be able to connect to the multiple buildings within the complex via the elevated walkways. The Grand Front Osaka is part of a larger project that desires to transform a former freight railyard. The redevelopment will continue into 2025 until the rest is open to the public. 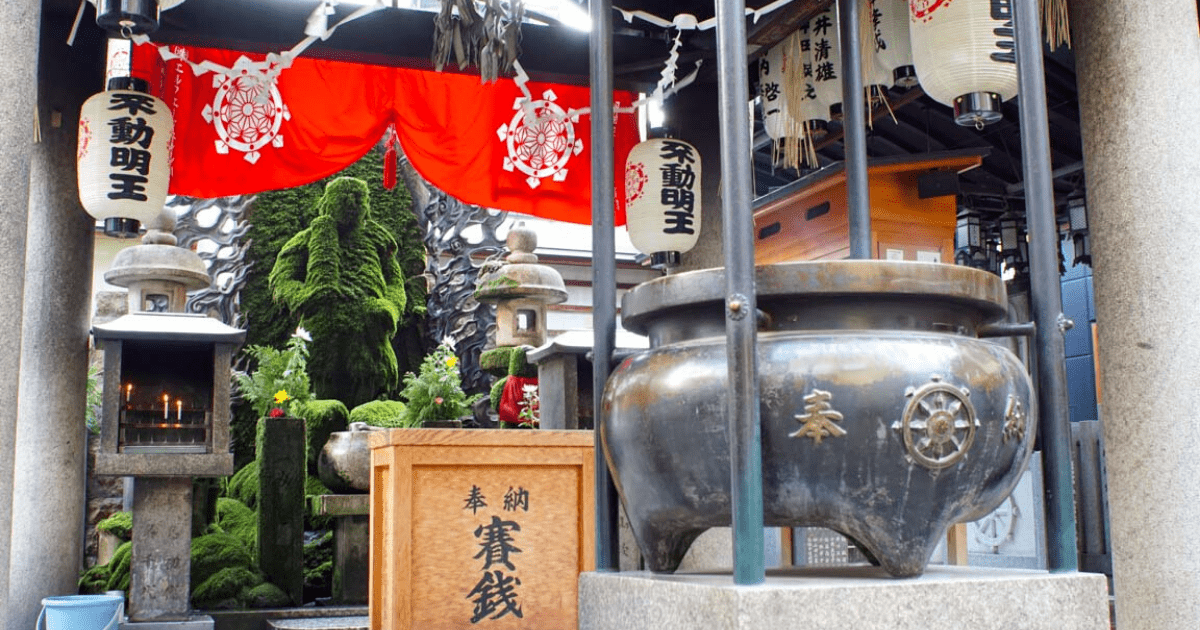 Nestled between Dotonbori and the shopping malls of Namba, you will find this temple along a narrow alley. Built in 1637, Hozenji Temple is where you find the moss-covered deity Fudomyoo. While you are here, offer water to Fudomyoo, as drenching the statue is an act of purification. It was said that te act not only brings good luck, but it grants wishes as well. You will have to get a taste of one of Japan’s best ramen situated in the heart Osaka. Besides then offering a truly authentic Japan taste, it is a very unique process ordering and customizing your dish. You will then order through a vending machine and pass the slip to the waiter after you have been seated. It won’t take long before your hot bowl of ramen is served. 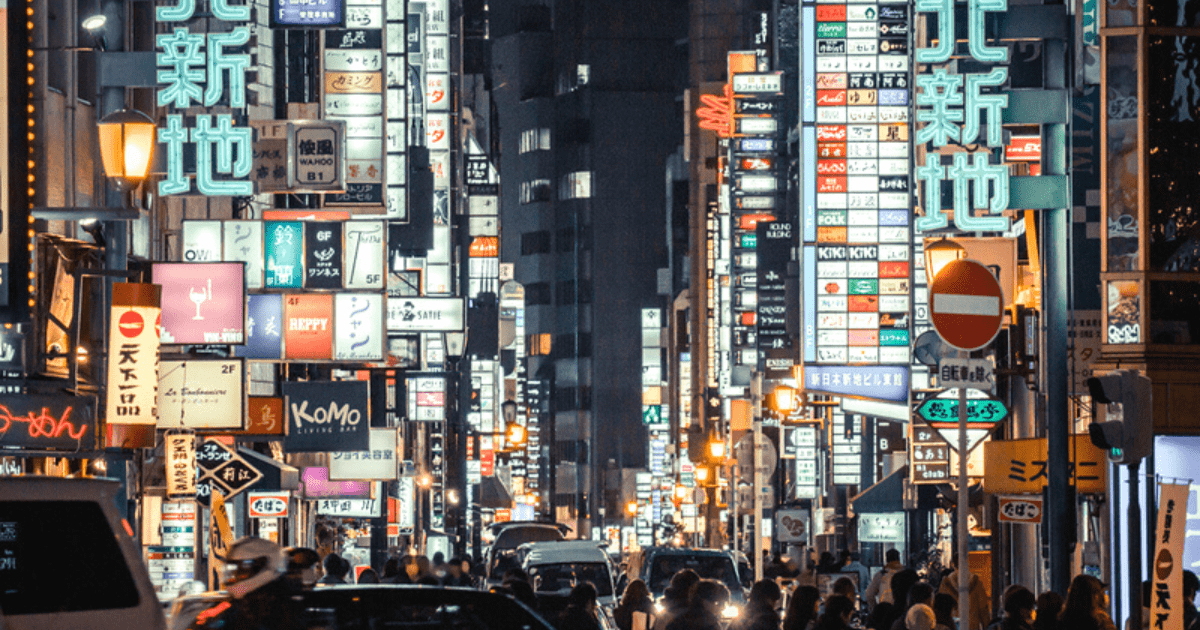 Kita, like Minami is Osaka’s other main city centers. It’s Osaka’s busiest transportation hub as well as a business district. Kita’s also a great spot to shop, dine, stay, or entertain yourself during your stay. Want to go shopping? This the perfect spot. Kita is known for having a network of underground shopping malls with department stores that will keep you occupied for a long time. This is a good option for any weather in Osaka—rain or shine you’ll be good to shop until you drop! 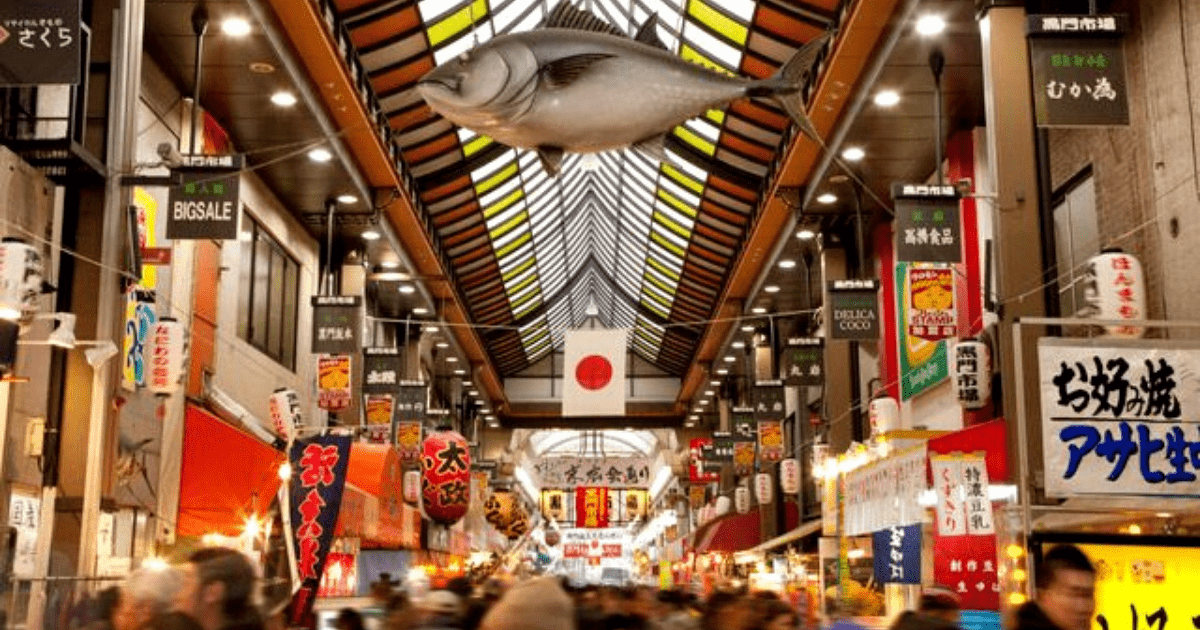 Kuromon Ichiba Market is a place tourist attraction in Osaka and an ideal place if you love food. Dubbed as the Osaka Kitchen, this is 580 metres covered alley with plenty of shops opened on both sides. You can easily find street food, fresh local produce and Japan souvenirs as well. While you are here, you must try out the grilled seafood such as oysters and scallops for its sweet and succulent taste. 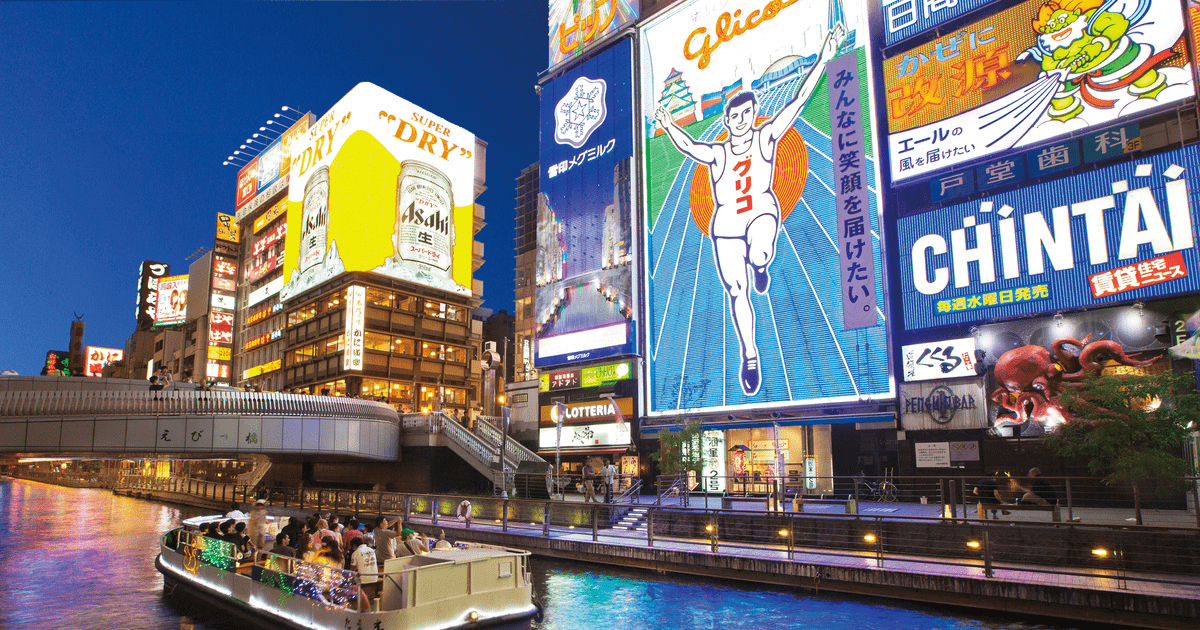 Minami is one of Osaka’s two major city centers. Visit Minami if you’re looking for entertainment that is just conveniently located at Namba Station. It’s the most expansive entertainment district in the entire city and the most famous. You can wine and dine while enjoying a variety of shopping. This is a great place to go when you’re new to the city and looking to get a feel for the atmosphere. Don’t forget to look for the iconic Glico Running Man LED sign amidst the sea of colourful billboard signs. 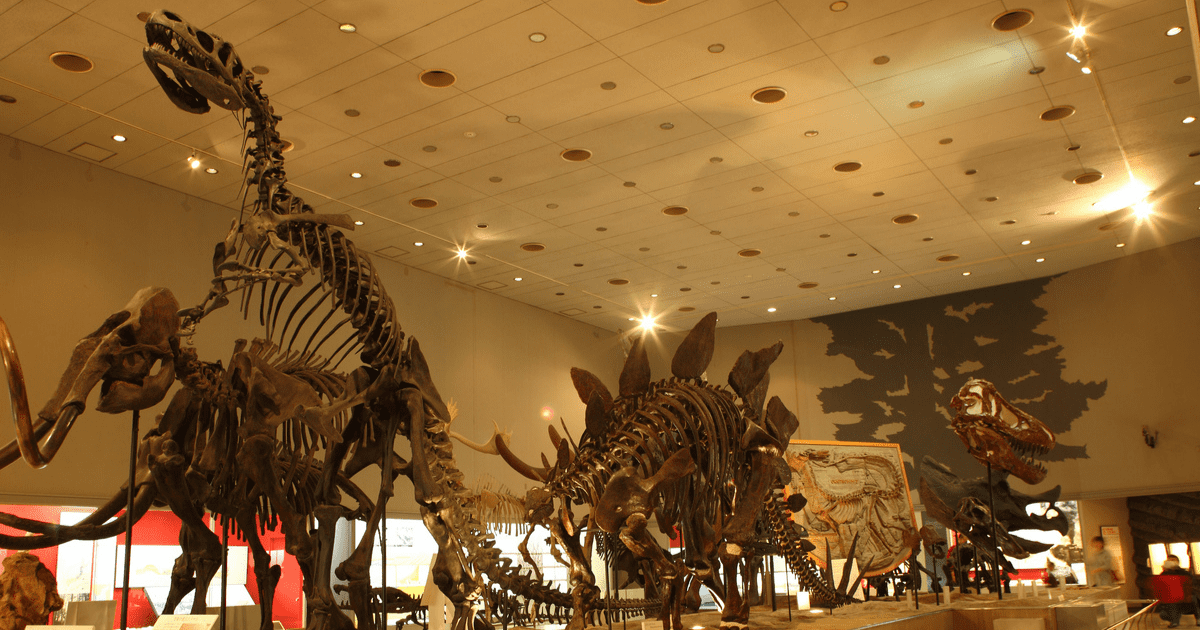 If you’re looking for a great view of Osaka Castle and a spot filled with city history, the Museum of History is your best bet. Opened in 2003, the Osaka Museum of History has a great spot from its top floors of the Osaka Castle. From its interior, it tells the story of Osaka as Japan’s first capital and its rich early history; spreading across ten floors. Within the building are also restaurants and shops where you can rest before you resume exploring the museum. 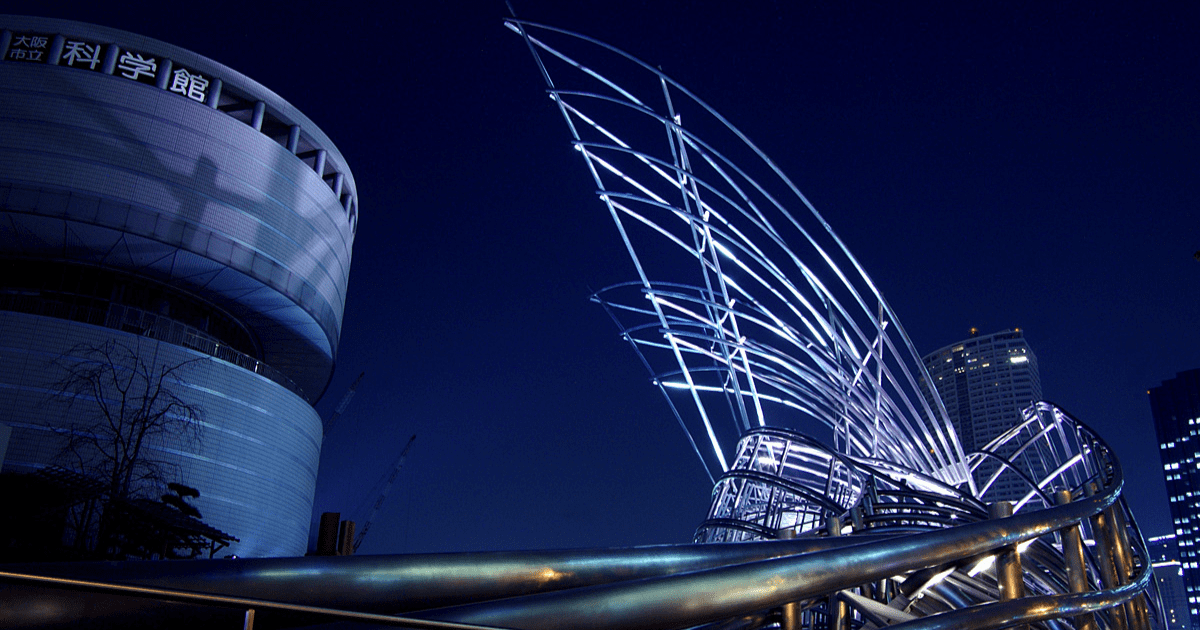 The National Museum of Art showcases Japanese and international contemporary art. The museum opened in 1977 and became Japan’s fourth national museum. By 1982, the collection grew to over 2,000 works, and as of 2011, the collection has further grew to 6,109. The National Museum of Art is in a cultural hotspot of the city and has both permanent and rotating collections such as the Japanese Contemporary Art of the 1980s, the 1980s Zeitgeis, to name a few. This is an excellent spot if you love contemporary art. 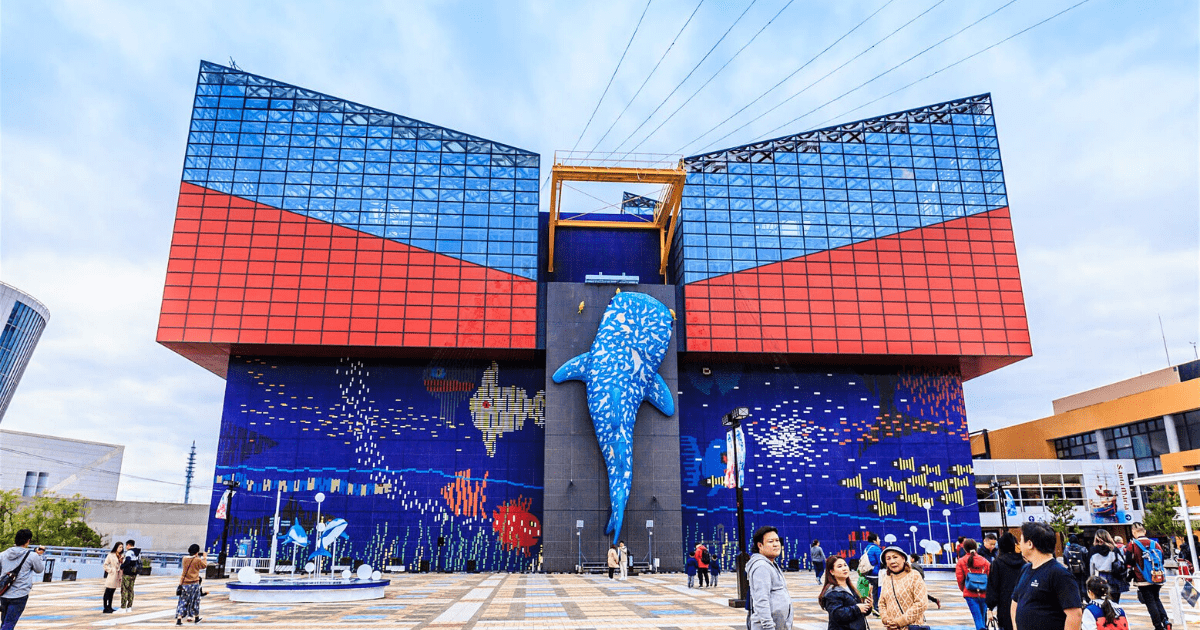 Ranking at the top of Japan’s aquariums, the Osaka Aquarium is located in Osaka’s bay area in the Tempozan Harbor Village. If you’re interested in one marine life inhabiting the Pacific Rim, this is the perfect spot for you. Marine life is organized in 15 different tanks which represent regions of the Pacific Rim. The main attraction of the Osaka Aquarium is a whale shark which is located in its main tank. Some of the 15 tanks stretch over several floors, and you can observe the marine life from different angles. At the time it was built, Osaka Castle was the largest castle in Japan. Although it was destroyed in 1615, it was later rebuilt only to have it burnt down by a lightning strike in 1665. The current reconstruction that stands today was built in 1931. Incredibly, no World War II air raids struck down the castle and the new castle tower is entirely modern inside. If you have accessibility concerns, have no fear, there are elevators to ease this worry of yours. The castle itself is beautiful and the grounds might outdo the castle. If you go during the right season, you’ll even get a view of 600 cherry trees nearby in the Nishinomaru Garden. One of the best places to catch cherry blossoms during spring, this park that occupies 105.6 hectares of land is home to some of the most historical buildings in Japan. With Osaka Castle and Hōkoku Shrine just around the corner, one can easily spend hours exploring all there is in this area. Occasionally, this place can get very lively with street performers and even free on-ground concerts performed by local celebrities. 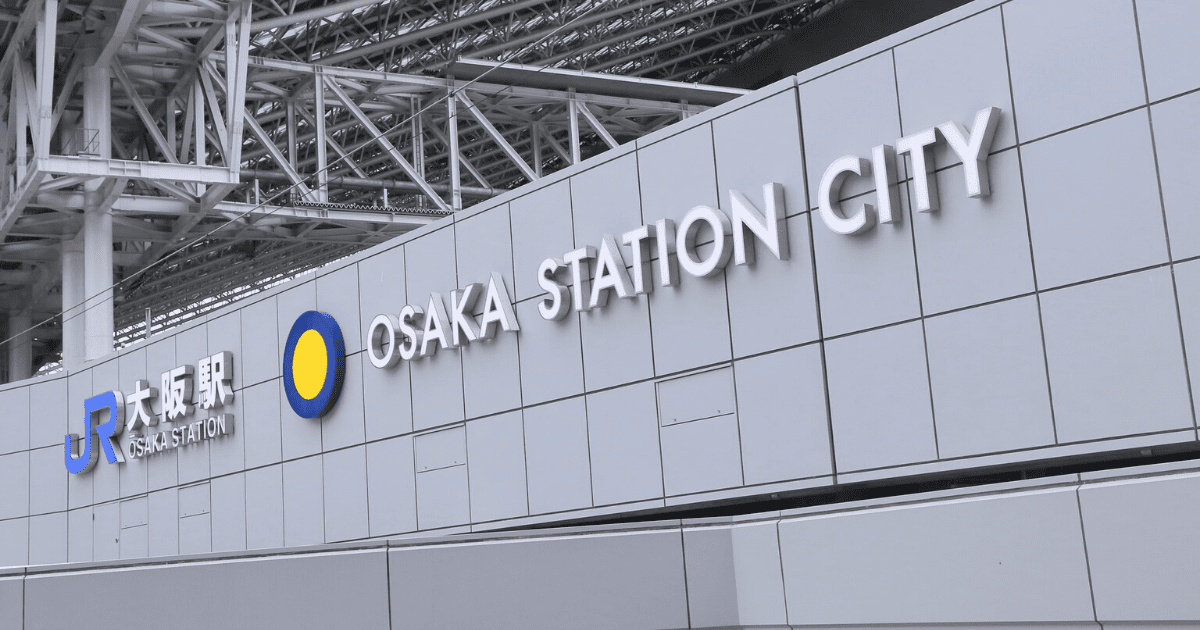 Osaka Station City is known as one of Japan’s most attractive railway stations. Before 2011, the station was dark and unappealing, but the construction project helped to transform it into a spot where travelers and nontravelers alike could enjoy. As one of the busiest and largest stations in all of West Japan, you will find plenty to do here. It has everything from shopping, entertainment, dining, and recreation options that can keep you occupied. 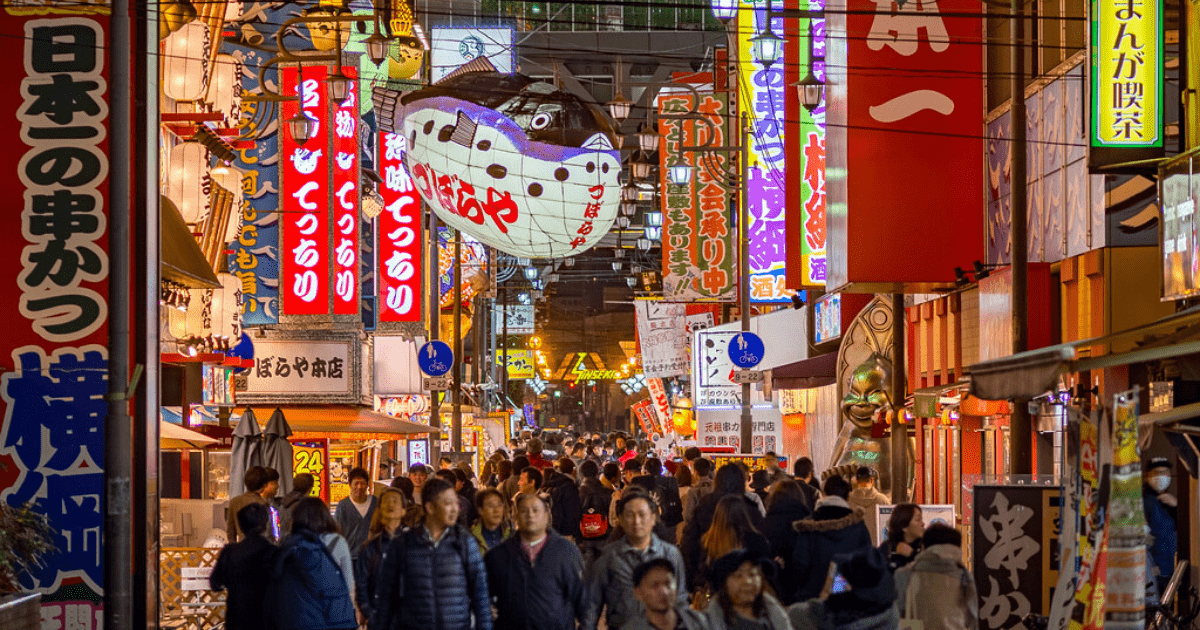 Prior to the war, Shinsekai was an area that was developed. Yet, following the war, it was neglected for decades. The Tsutenkaku Tower, which stands at the center, is a symbol of the area and what it once stood for. The northern half of Shinsekai is modelled after Paris while the southern half is inspired by Coney Island, New York. The Tsutenkaku Tower was even modelled after the Eiffel Tower and stands at 103 meters high. This old neighbourhood is the ideal place to get late-night supper, as some of the restaurants not only open 24 hours but also hit their peak during the evening. The best part, there are aplenty of choices and priced affordably. 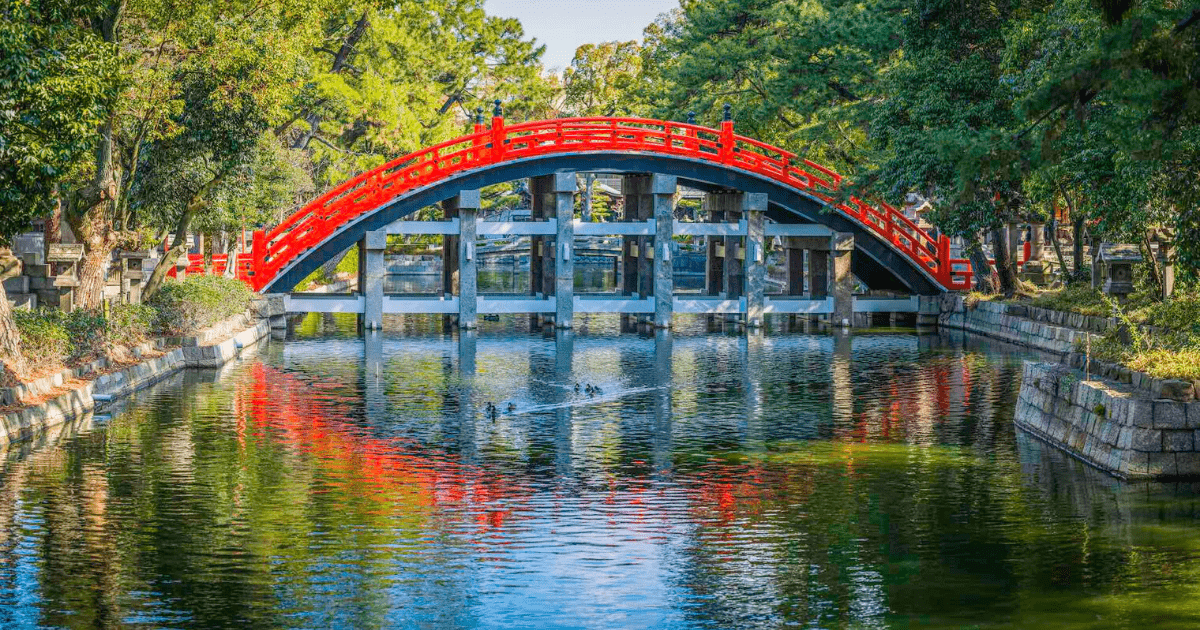 The Sumiyoshi Taisha is the head shrine of all the Sumiyoshi shrines. It is one of the oldest shrines in Japan and was founded in the 3rd century before Buddhist was introduced. The shrine’s style of architecture, Sumiyoshi-zukuri, is considered purely Japanese, which is rare. The only other styles that are considered Japanese in addition to Sumiyoshi-zukuri are Shinmei-zukuri and Taisha-zukuri. While there are more than 2,000 Sumiyoshi shrines in Japan, the Sumiyoshi Taisha is the most famous. 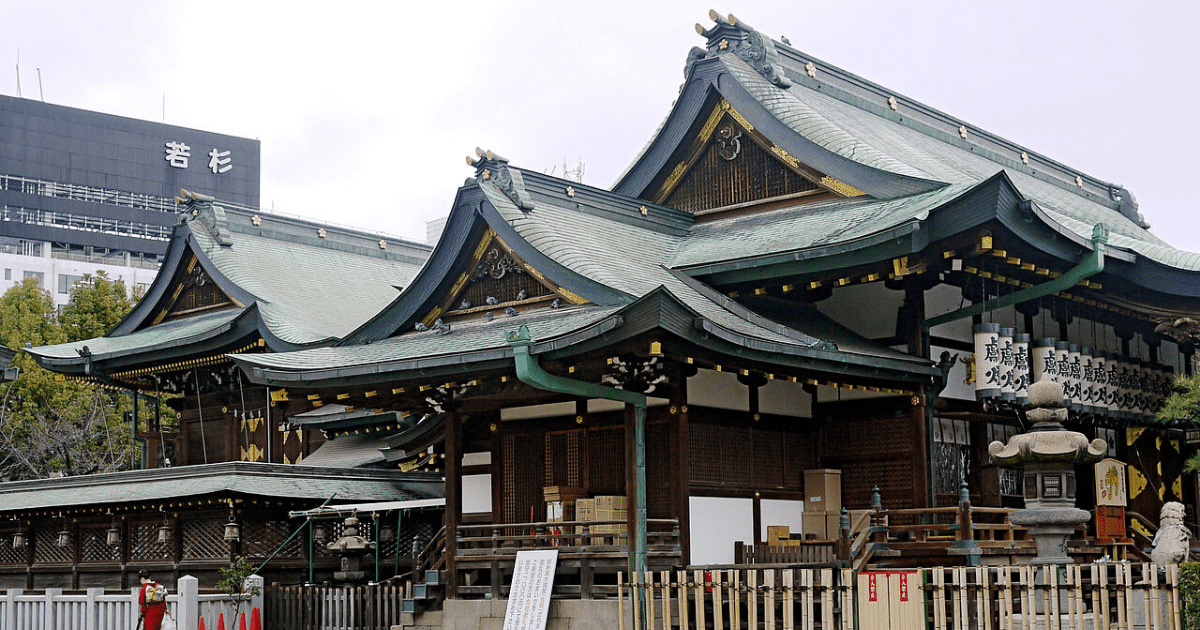 A quiet, small, and beautiful spot to visit, the Tenmangu Shrine is dedicated to the Shinto deity of scholarship. Founded in AD 949, it is famous for its Tenjin Matsuri. It ranks as one of Japan’s top three festivals and occurs over July 24 and 25 every year. If you happen to visit during this time, look forward to a land procession, a river procession, and fireworks. The celebratory atmosphere, traditional costumes, and wonderful processions make the hot weather worth it. Tennoji is a district in Osaka that is home to Abeno Haruskas. It is a major area that houses a variety of different dining and entertainment options. The main draw to the area is Tennoji Station and the recent redevelopment in the area. Within the immediate area, there are seven shopping malls that make it a great place to go for any shopping needs. More attractions in the area include a zoological garden and art museum. 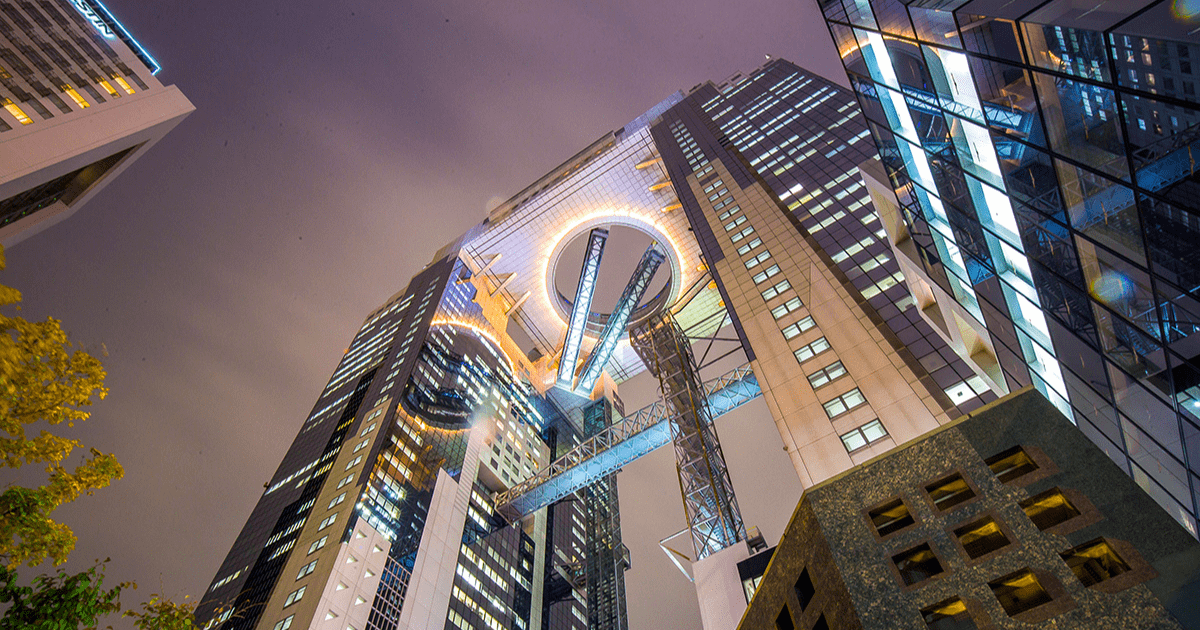 The Umeda Sky Building is another option if you’re looking for a view in Osaka. Views are often the best way to start out your exploration in a new city because you get your bearings and context of where you are. Umeda is a high-rise building in the Kita district. It’s also known as New Umeda City. The building is 173 meters tall and has not one but two towers. These two towers are connected by the Floating Garden Observatory that is located on the 39th floor. While offices occupy the rest of its floors, you will find an open-air deck as well as plenty of restaurants where you can get to taste some of Japan’s authentic flavours. This world-famous chain theme park is an ideal place for families and friends to gather for some fun under the sun. Arrived at Japan’s shore in March 2001, Universal Studios Japan occupies 39 hectares of land and is the most popular theme park in Japan after Tokyo Disneyland. Consisting of eight sections, you will have a taste of Hollywood, New York, San Francisco, Universal Wonderland, Amity Village, Jurassic Park, Waterworld and The World of Harry Potter all under one roof. Plenty of exhilarating rides and simulations awaits you for a funtastic time.

Osaka is one place that everyone should have on their list when visiting Japan. It holds the early history of the city as it was its first capital city along with the first temple built by the state. As much of the city has been rebuilt and reconstructed overtime, you’ll find various districts that are popular for entertainment today.