Teluk Intan is a town in the Hilir Perak district of southwest Perak state, on the banks of the mighty Perak River. The city, mainly surrounded by a giant loop in the river, is home to more than 100,000 people. However, this town is not short of sights to behold and is a proven tourist destination; here are some of the best Teluk Intan attractions. 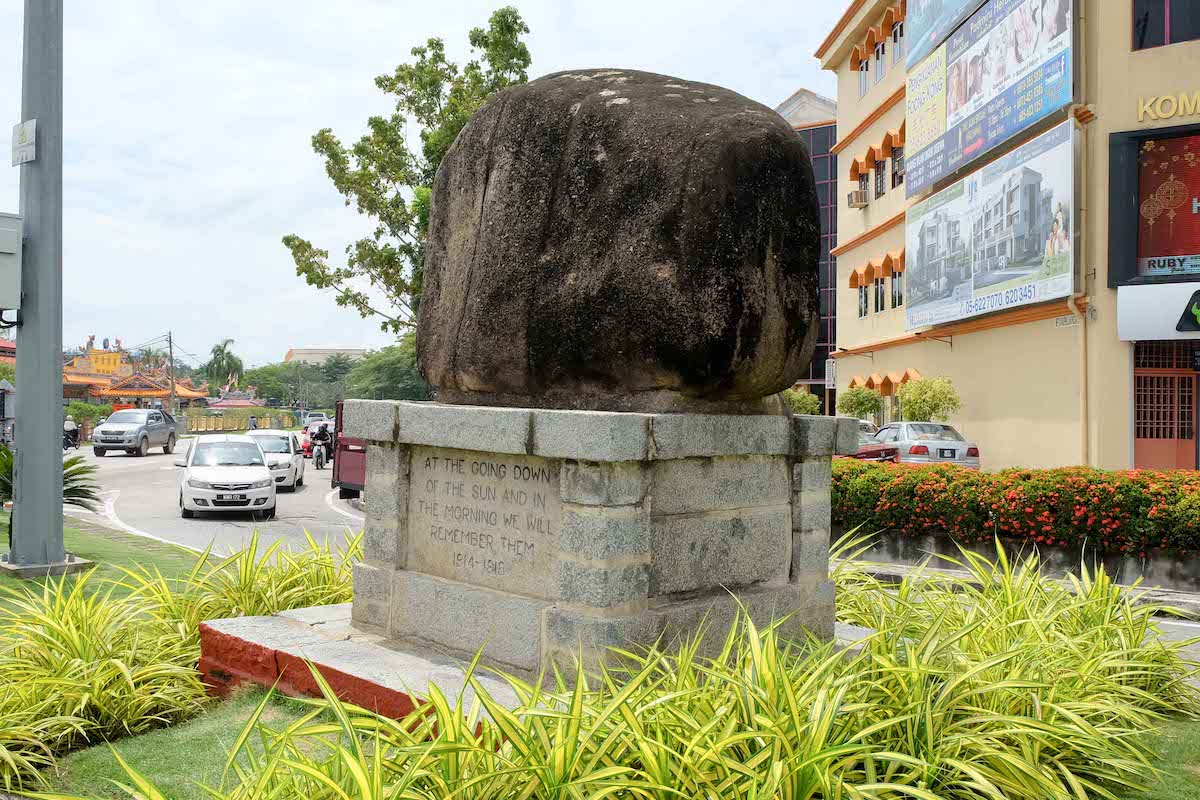 Teluk Intan may not be Malaysia’s most popular tourist destination, but it has a few attractions worth checking out. One of these is the Batu Tenggek (sitting boulder), which is situated in the town centre. According to local legend, a British soldier originally placed the rock there. Initially, it was the size of a matchbox, but it gradually grew over the years.

This memorial stone inscribed in the centre of the town reminds us never to forget those who have died for their country. The plaque on the memorial quotes a line from Laurence Binyon’s famous poem, “For the Fallen”. The plinth reads ‘when the sun goes down, and in the morning, we will remember them – 1914-1918; 1939-1945’.

Since no lists detailing Teluk Intan’s casualties during these wars, they remain only remembered generically by all Malaysians collectively rather than individually, like other types of events or struggles where one might be able to list the names of people involved. 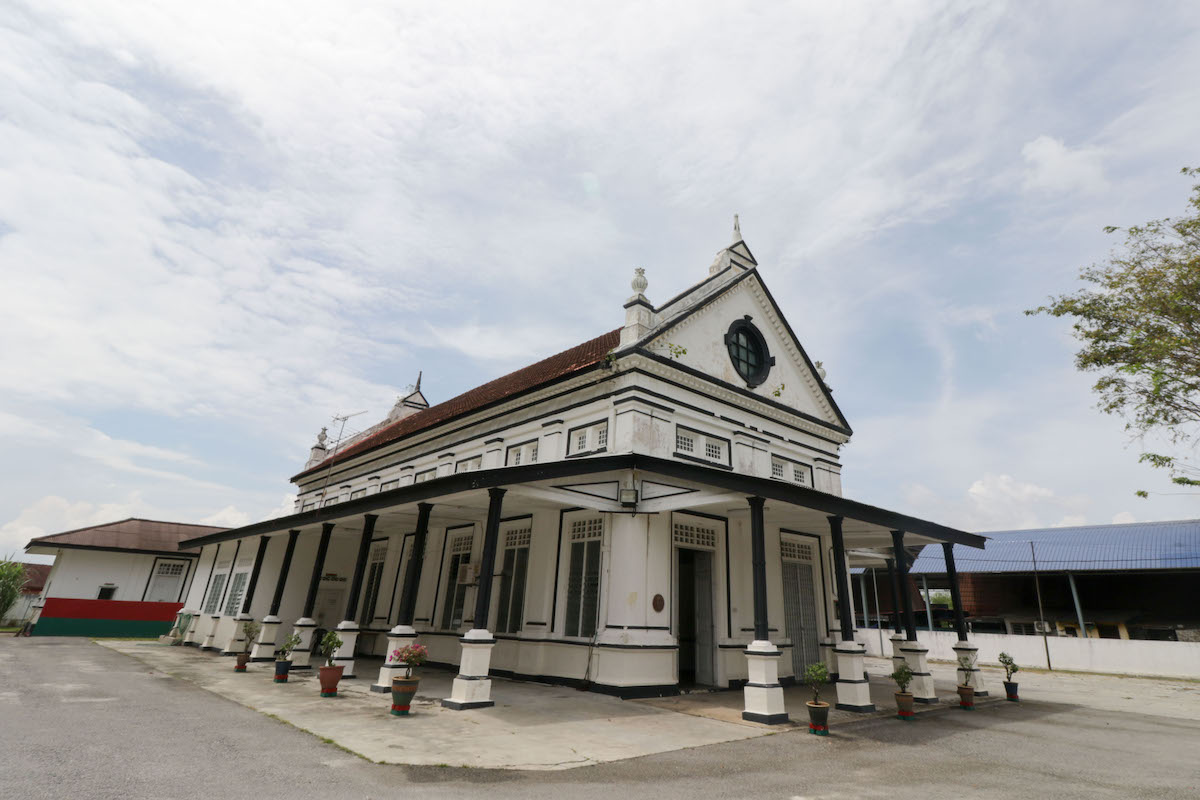 If you explore the town through the Teluk Intan Heritage Trail, you will notice that the Old Court House is on the list. This former courthouse building was used as a court until 1983 was built in 1891. This law was also used on Sundays as a place of worship until St. Luke’s Church opened its doors. 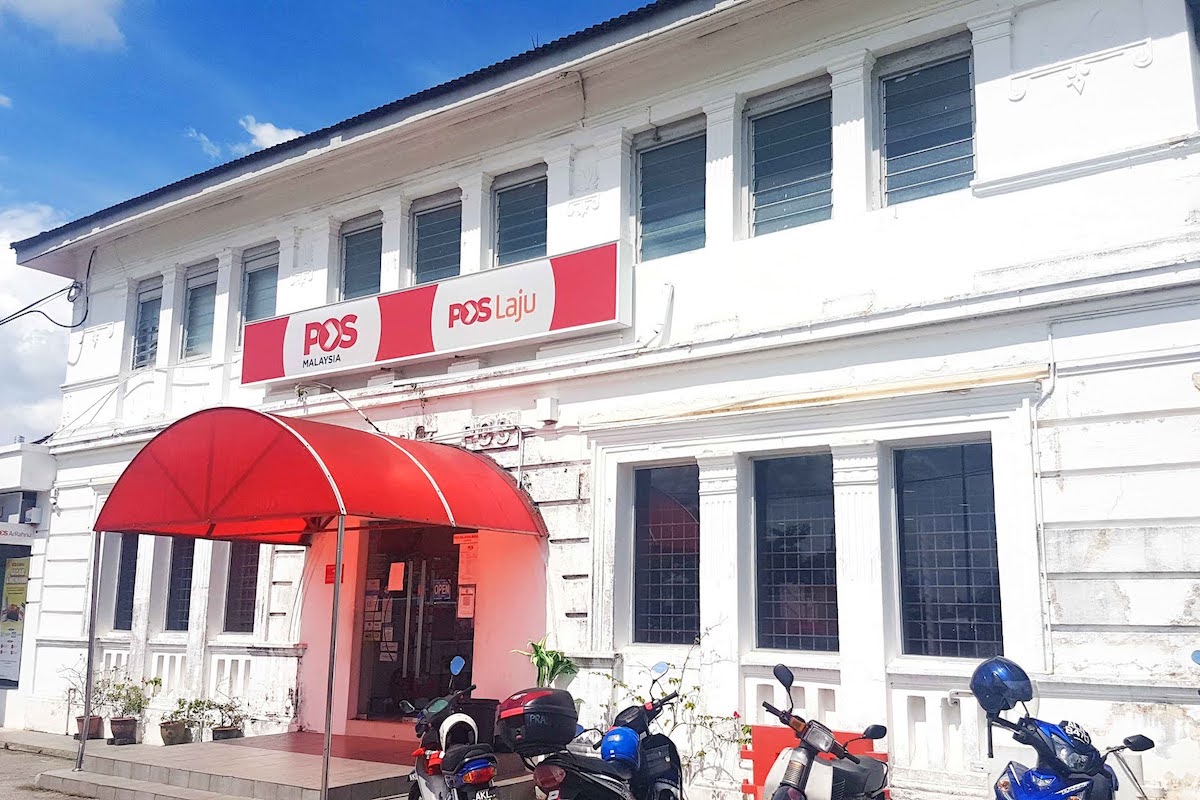 If you are looking for one of the oldest Teluk Intan attractions from the time of British administration, the Old Post Office is at the top of the list. This building with its compound can be traced back to World War One. While it might be one of the oldest buildings, the building’s British colonial architectural design and post office function is still. 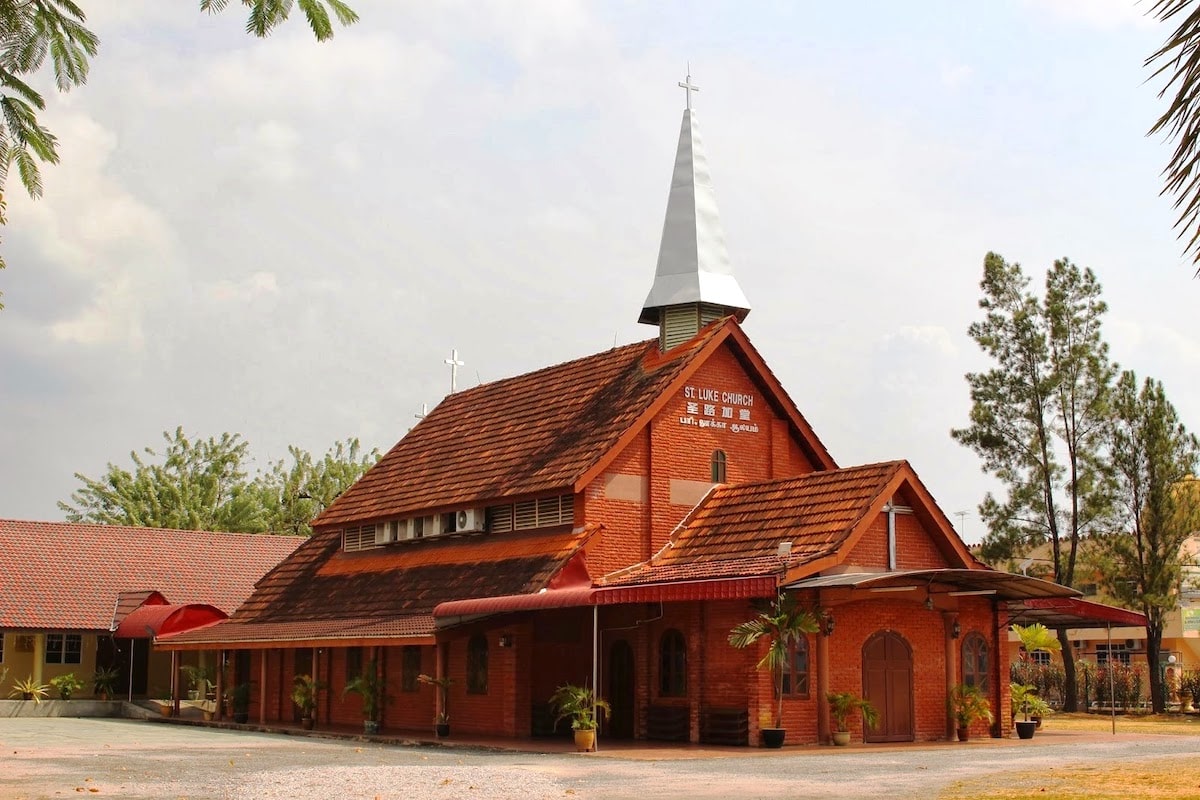 St. Luke’s Church is another one of the old Teluk Intan attractions that can be traced back to the time of the British Administration. This church further stands out with its architectural design using red bricks and wood with a high-pitched roof. The bell in this church was also directly brought in from England during its construction. The only downside to this place of worship is its relatively small size which can only accommodate around 60 people. 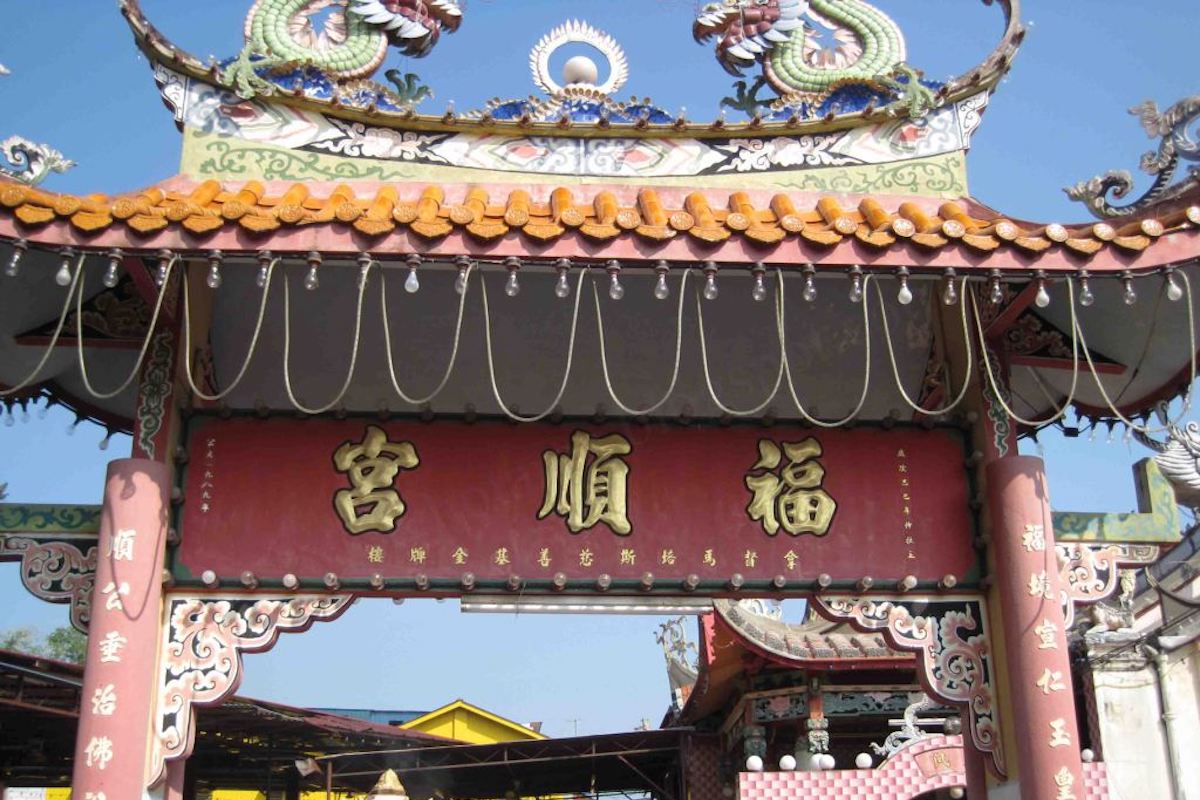 Another one of the many religious Teluk Intan attractions that you should check out is the Hock Soon Keong Temple. It comprises several temples, the most notable of which is the Hock Soon Temple. This famous temple complex is dedicated to the God of Sein Kong and the Goddess Sein Ma. The temple’s origins are unknown, but it is believed to have been constructed in 1883. The main temple building is decorated with a legend painted on the facade, which tells the story of the temple’s construction.

During the British colonial era, it played an essential role in the lives of local Hokkien Chinese as they would congregate at the temple to solve all problems, from giving aid to the poor to solving fights between clans. Three local Hokkiens (among business people or famous men) will be chosen to solve the problems.

The temple is a beautiful example of Southern Chinese architecture, intricately decorated with upturned eaves. And for those who appreciate religious harmony, there is a century-old mosque right in front of the temple. So, if you’re looking for a unique destination with plenty of interesting sights, this Teluk Intan attraction is worth a visit. 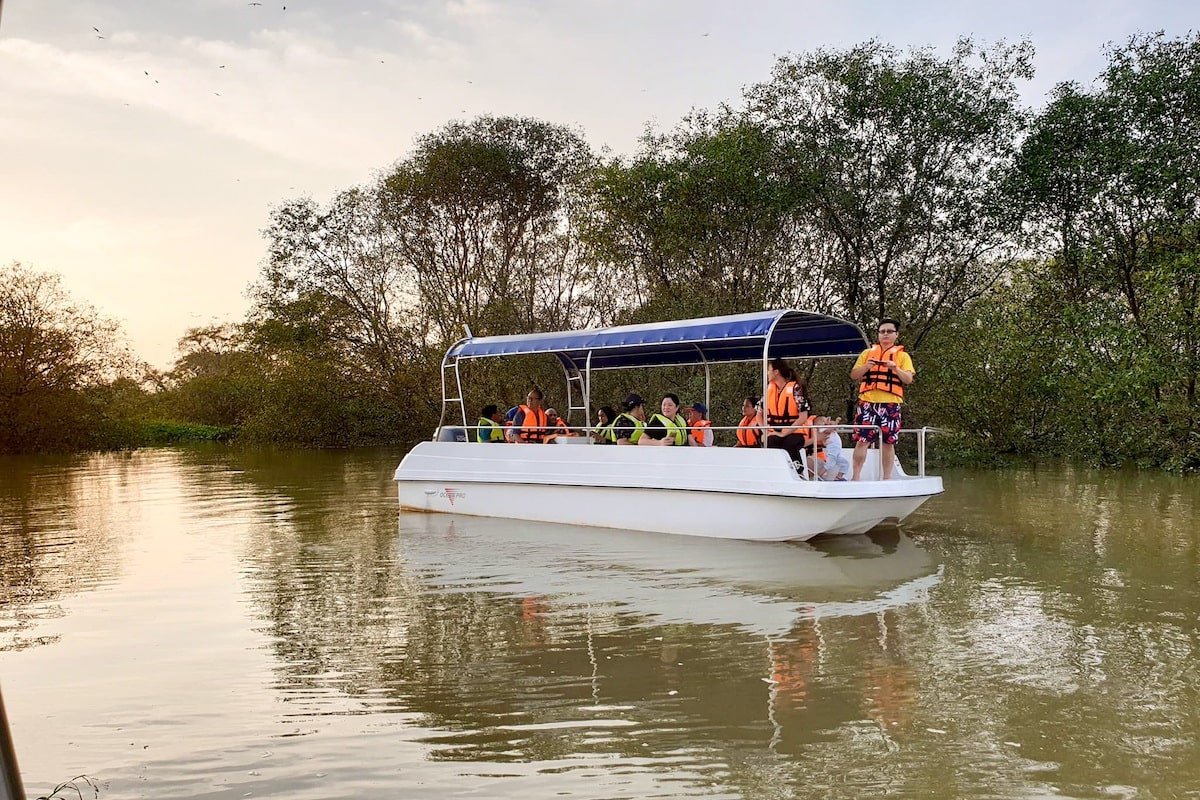 Are you looking to explore the Teluk Intan River but not sure where to start? Look no further than the Teluk Intan River Cruise! This tour will take you along the shores of the Perak River, where you’ll get to see the beautiful panorama of nature and the artefacts found in the river. Historic landmarks like Teluk Intan’s historic British colonial buildings, such as the Old Police Station, Post Office, HSBC Building and the Old Teluk Intan Court, can also be seen during the tour.

You’ll even get to try your hand at shrimp fishing, learn about local culture, and go birdwatching. So, what are you waiting for? Book your spot on the Teluk Intan River Cruise today!

With so many exciting events in this city, it is no wonder that Teluk Intan remains popular among tourists despite the town’s low population. The most remarkable thing about this town is its architectural features, and the many historical Teluk Intan attractions are a testament to that.