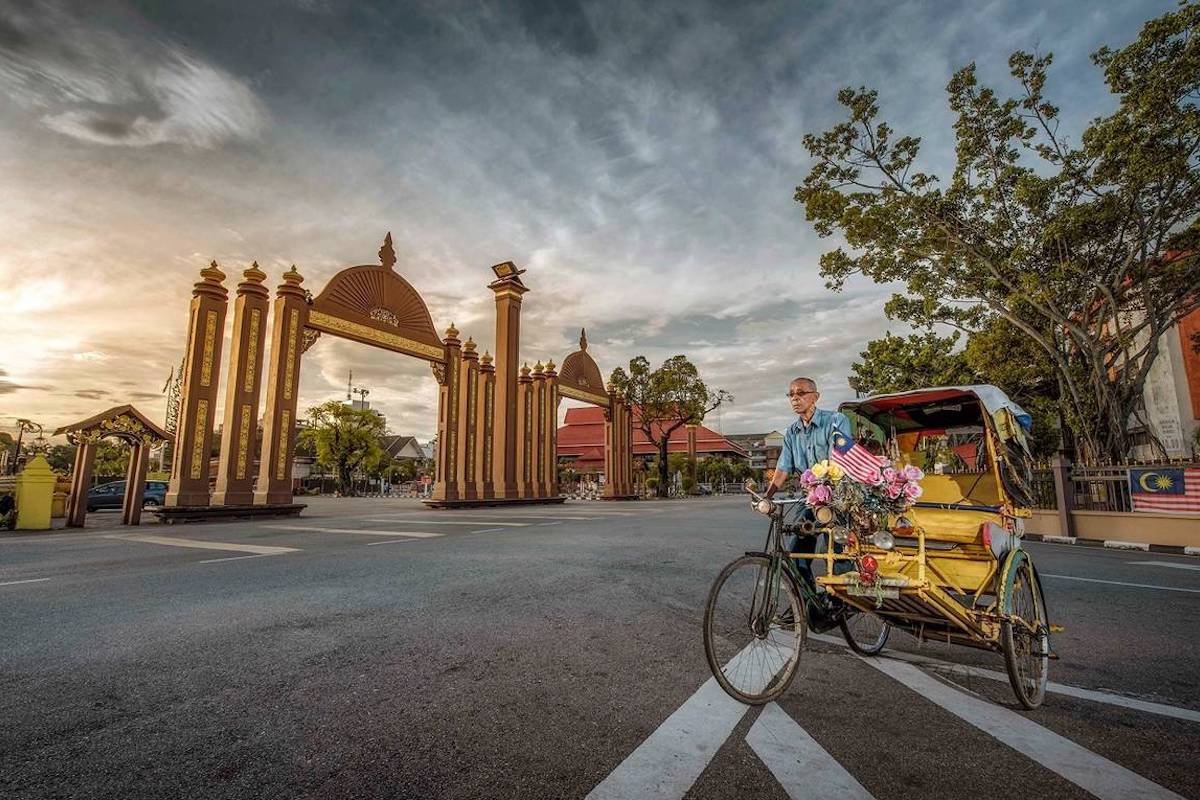 One of the must-visit places in Kelantan is Kota Bharu, the royal city of this state. As it is located close to Thailand, you will notice that Kelantanese culture is a mash-up of Malay and Thai influences, which is reflected in a lot of its spicy and rice-based cuisine. Besides the unique taste of Kelantanese cuisine, this city has a rich history and heritage, and here are some of the top Kota Bharu attractions you should visit. 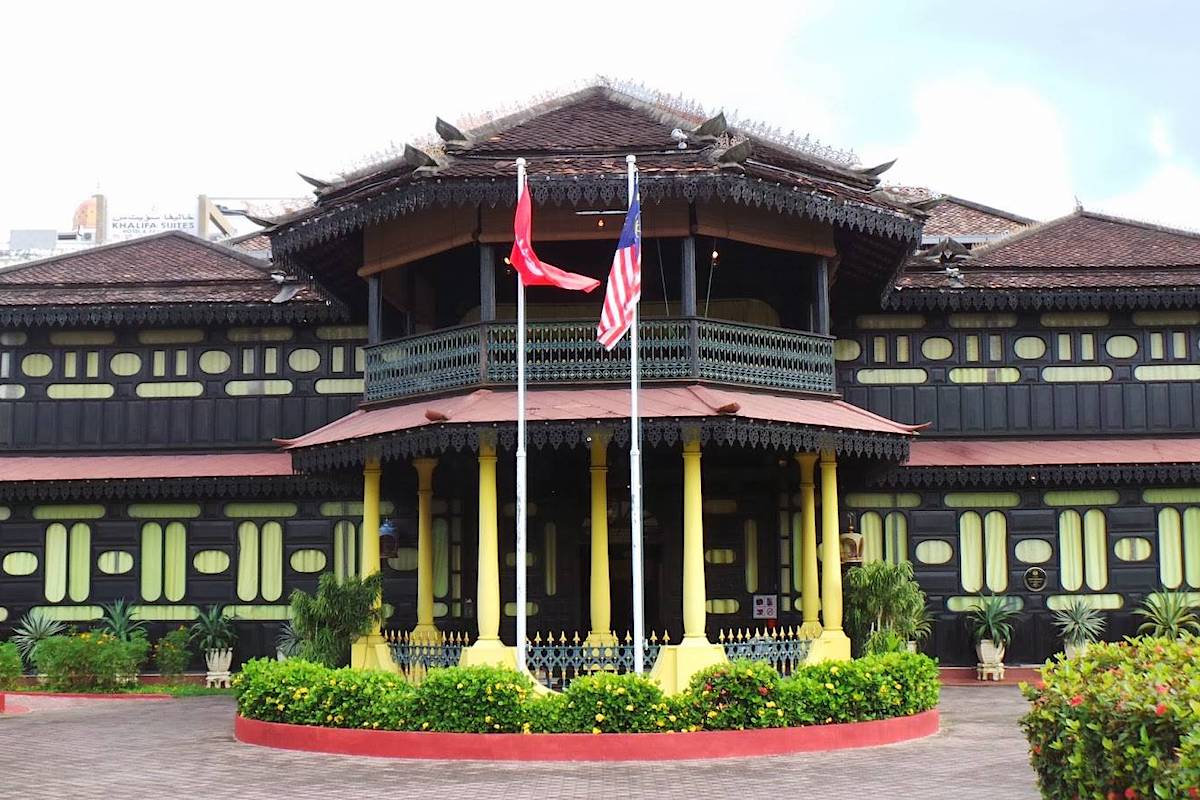 The palace, which got its name from the Jahar tree, includes a pentagon-shaped porte-cochère with a balcony from which members of the royal family will see events and activities in front of the palace. Among the best features of the palace are the wooden carvings and a spectacular porch. There is also a Royal Boat, which was given by the Chulalongkorn King, which you can see during your visit here.

Through the exhibition of royal costumes, ceremonies, and weaponry in this Kota Bharu attraction, you will gain insight into the Kelantanese royal culture and lifestyle. 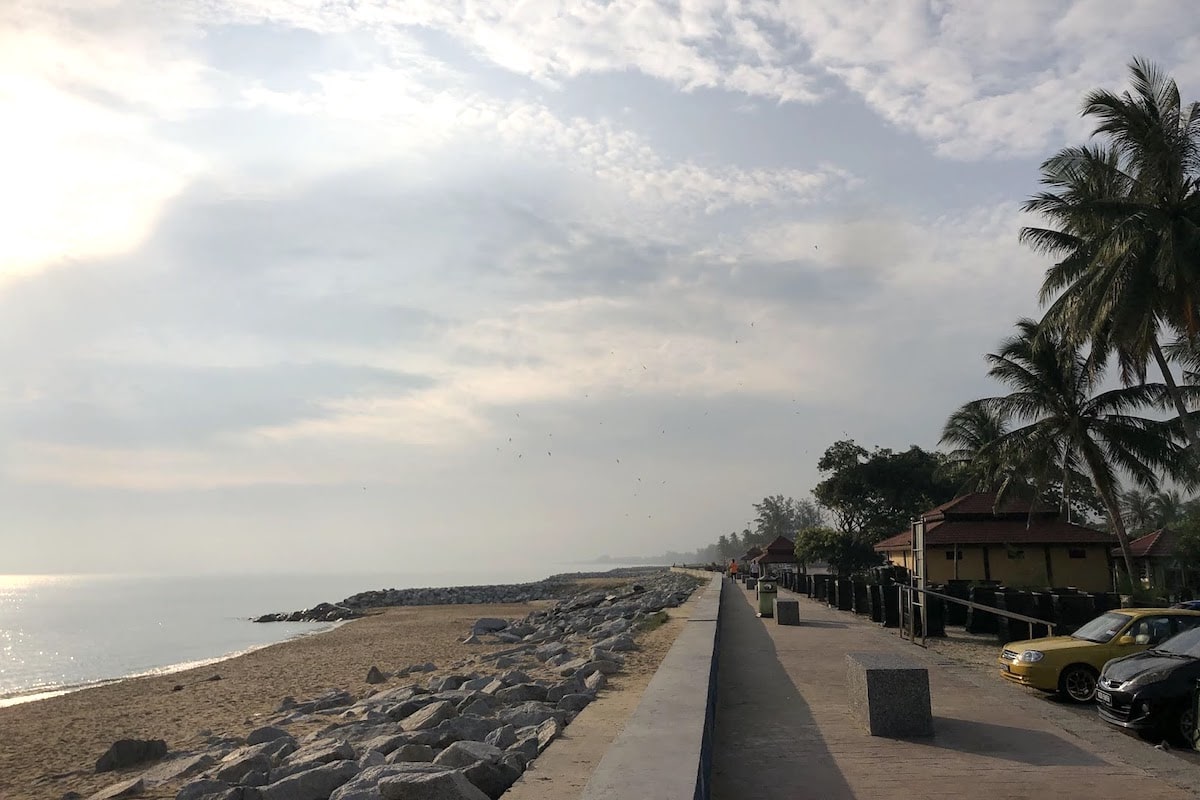 Pantai Cahaya Bulan is a famous beach in Kelantan and one of the must-visit Kota Bharu attractions. It is roughly 10 kilometers from Kota Bharu and was the place to land for the Japanese forces on December 8, 1941, when they attacked the British. This beach was once known as Pantai Cinta Berahi (Beach of Passionate Love), a name given by a lovelorn British soldier who was posted to the beach during World War II. Some locals still refer to the beach by its former name, though they prefer to call it PCB.

You can feel the onshore breeze that blows as soon as you arrive at this beach. During the monsoon season, which runs from October to December, the waves and coastal winds will be several times greater. In addition to feeling the breeze, you may marvel at the view of the South China Sea, which stretches wide in front of you and is surrounded by coconut and casuarina trees.

This beach area is fairly lively during the school holiday season or on weekends, with individuals visiting with their families just to enjoy the wind on the beach or to fly the kites sold here. Aside from kites, you can find stalls selling local snacks like fish balls, colek, and various Kelantanese keropok, as well as textiles such as songket and kain batik. 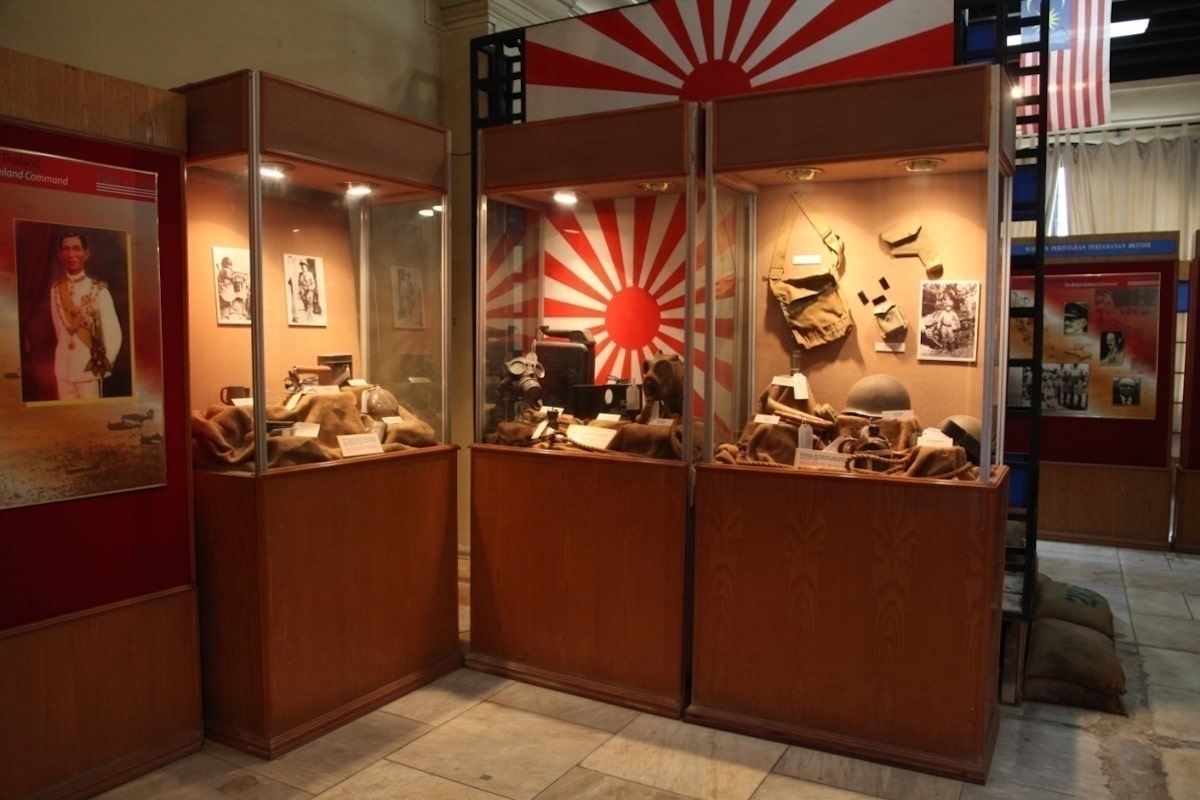 This World War II Memorial is located on Jalan Sultan next to Padang Merdeka. This Kota Bharu attraction was originally the first commercial bank of Kelantan, The Mercantile Bank of India Limited, and operated in 1912. During the Japanese occupation of Malaya, Kempeitai seized the building and used it as the Japanese Secret Police Office and a lock-up facility for anti-Japanese investigations. After the war, the Hong Kong & Shanghai Bank took over this bank.

In 1981, the Kelantan State Government took over the building for the use of the Kelantan State Museum Corporation, and the upper floor served as a Handicraft Hall. The “World War II Memorial” was established in 1991 and was used entirely as an exhibition of the historical impacts of World War II.

This museum exhibits artefacts and pictures of World War II, emphasising the Japanese invasion of Malaya, which began with the attack on Kuala Pak Amat Kota Bharu, Kelantan. The museum also features a timeline of the war, from the initial attack to the defence and finally the eventual surrender of the Japanese after the Hiroshima and Nagasaki atomic bombings. 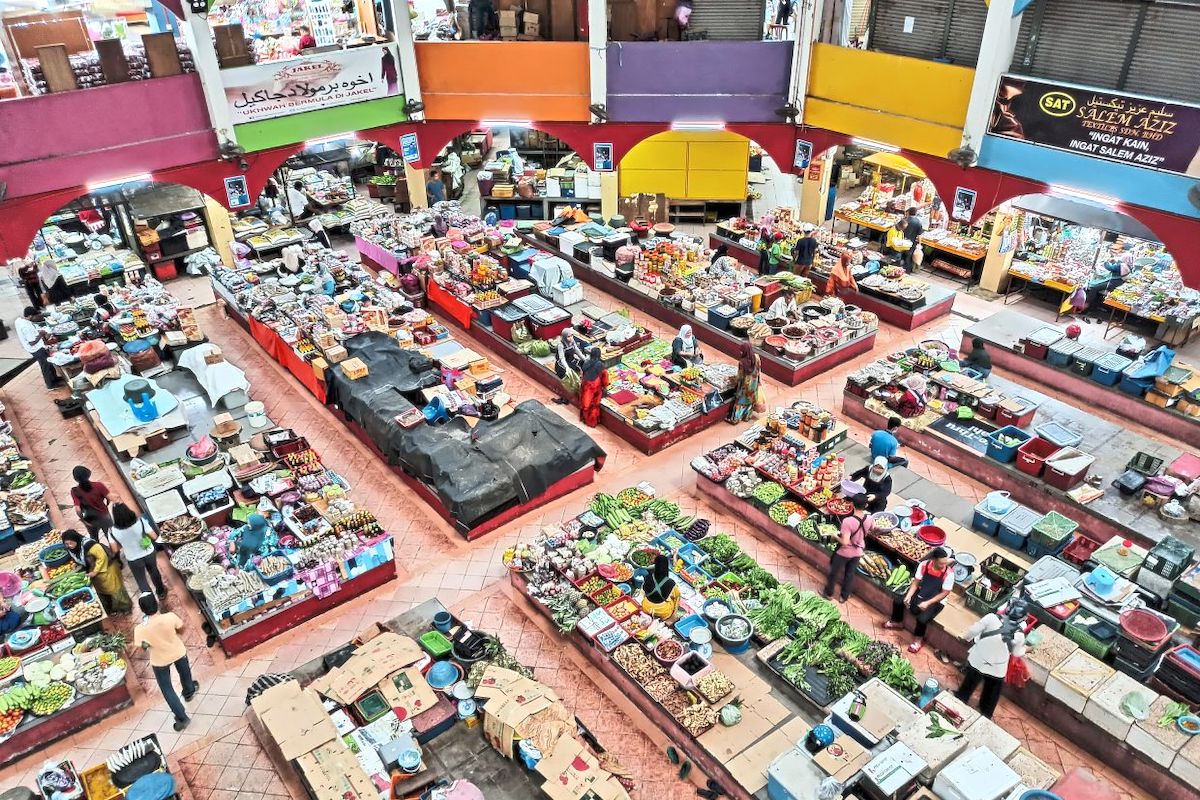 The Siti Khadijah Market (Pasar Besar Siti Khadijah) is a local wet market that sells a variety of local and Thai goods such as fresh seafood, meat, fruits, and vegetables, as well as souvenirs, accessories, and bags. Budu, serunding ikan, nasi dagang, keropok, kuih akok, and kuih tahi itik are among the typical Kelantanese ingredients and ready-to-eat meals available. As a result, Pasar Siti Khadijah is an excellent venue to put your bargaining skills to the test.

This market is one of the many beautiful Kota Bharu attractions for photographers because of the colourful backdrop provided by the stalls and the opportunity to capture a glimpse of local life and recognize the large number of businesses run by women. Interestingly, the market’s name was changed from Pasar Besar Buluh Kubu to Pasar Siti Khadijah since most of the businesses here are managed by women. It was named after Prophet Muhammad’s wife, well-known for her business acumen. 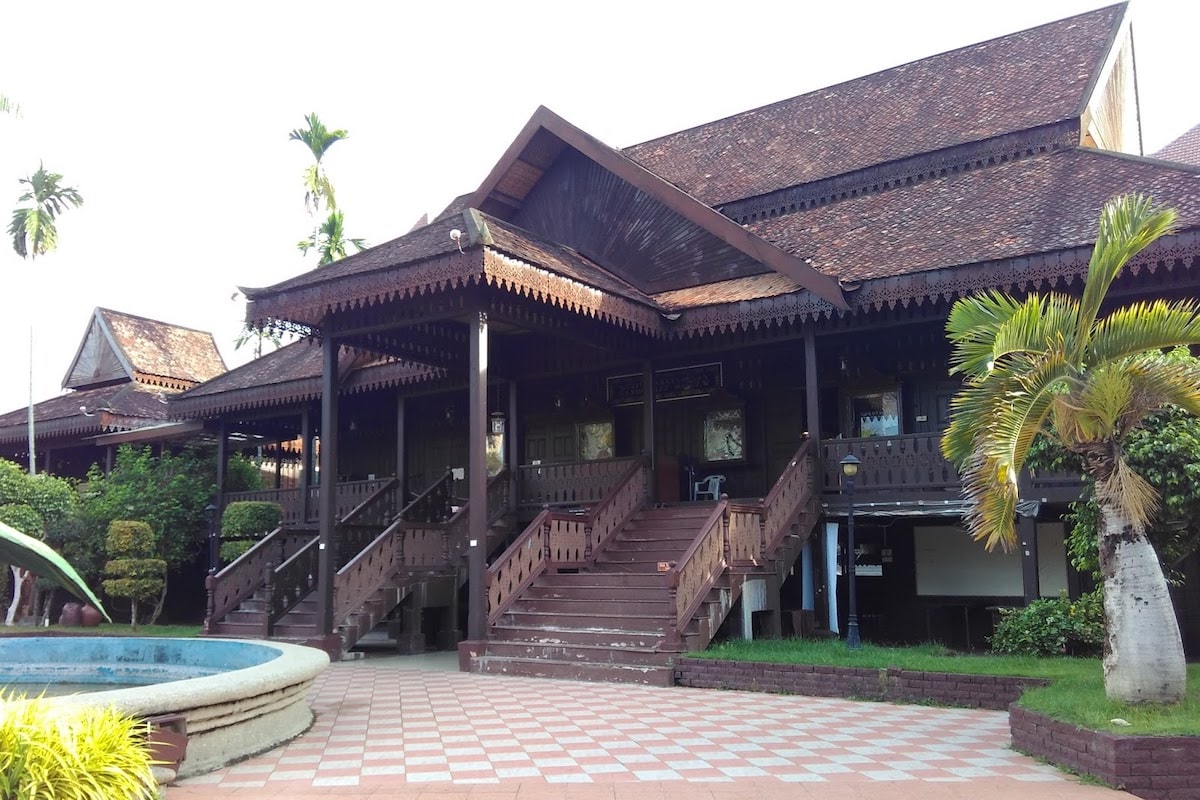 The Handicraft Village and Craft Museum, also known as ‘Balai Getam Guri’, is part of Kelantan’s government initiative to showcase the local handicraft industry. It is a fine craft museum that exhibits craftsmanship in the Kelantan community. Traditional embroidery, batik, silverware, and matting are some of the handicrafts you can find here.

Besides that, visitors can watch and learn about the process of producing such crafts, including demonstrations of traditional needlework, songket weaving, and batik drawing performed expertly by the artisans. This is also one of the popular Kota Bharu attractions to get gifts for your friends. 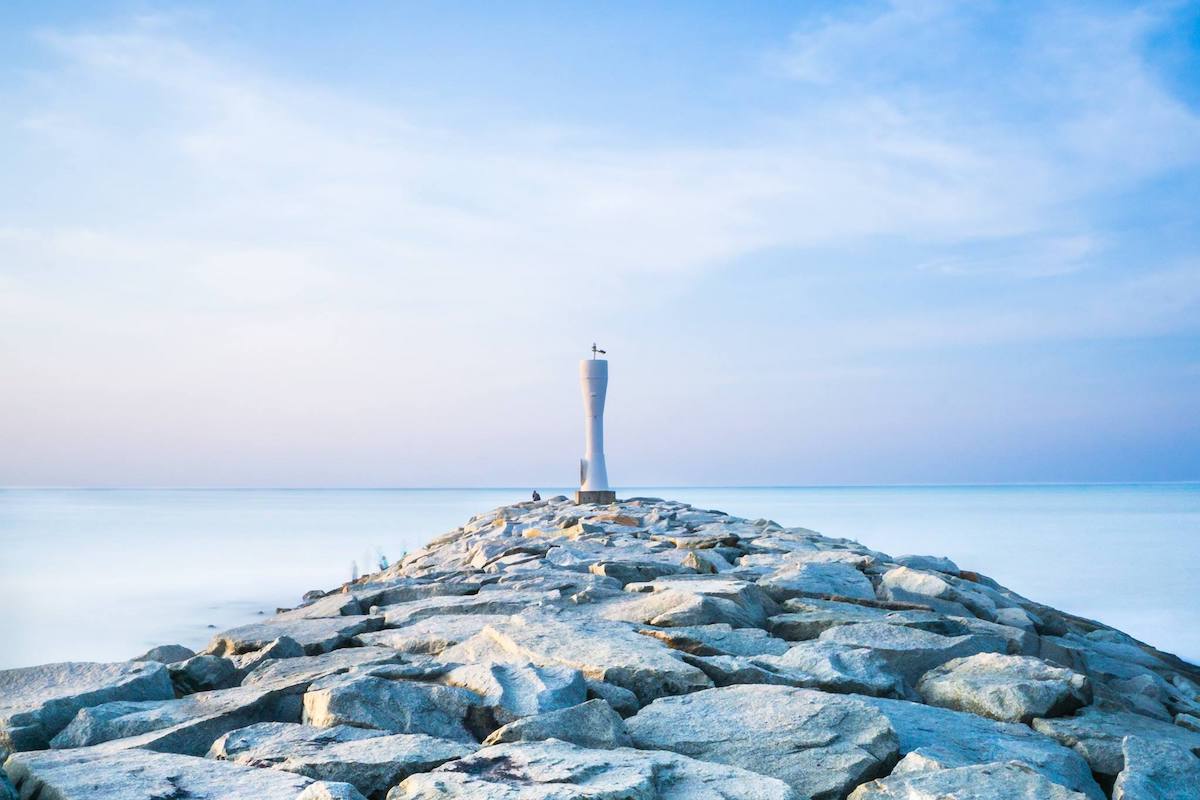 The Senok beach is located quite close to Kota Bharu’s city center, being only 15-20 minutes away by car. This stunning beach provides one-of-a-kind panoramas that will transport you to another realm. The breeze that usually blows from the beach between aligned rows of casuarina trees creates an indescribable sensation.

Aside from the beach being a wonderful shooting location, the trees on the beach provide a lovely backdrop for romantic engagement pictures. Some people believe the area is similar to Nami Island in South Korea, which became popular after being featured in the television romance drama “Winter Sonata”. You can camp or have a modest BBQ party while enjoying the natural beauty of the beach. A lighthouse can also be found within a 5 to 10 minutes walk, and from there, you can see the fishermen returning home after fishing and the sunset adds to the beauty of this scene, making this one of the most beautiful Kota Bharu attractions. Located about 5 kilometres from the city centre of Kota Bharu, near Istana Mahkota and Universiti Sains Malaysia Hospital, is Al Sultan Ismail Petra Mosque. This mosque has two floors of prayer rooms and can fit a maximum of 5,000 people is the chosen place of worship for Friday and Eid prayers among the locals. Non-Muslims can also use this Kota Bharu attraction as a rest stop because of the large parking area and other amenities.

With so many unique Kota Bharu attractions that you can visit, it is time for you to arrange a visit here with your friends and family. You will not only be amazed by the distinctiveness of the buildings, natural beauty and delicious food, but you will also learn to fall in love with the people and culture.