Gopeng is a peaceful town in Kampar district, about 30 minutes south of Ipoh and 2 hours from Kuala Lumpur by car. It is easily the best destination for anyone seeking to jump, swim, trek, or kayak into an adventure because it is framed by spectacular limestone crags, rivers, and caverns, apart from the ancient rainforests that are also home to the indigenous Semai tribe, as well as a myriad of flora and fauna. With so many things to do, here are some of the Gopeng attractions that you should check out. 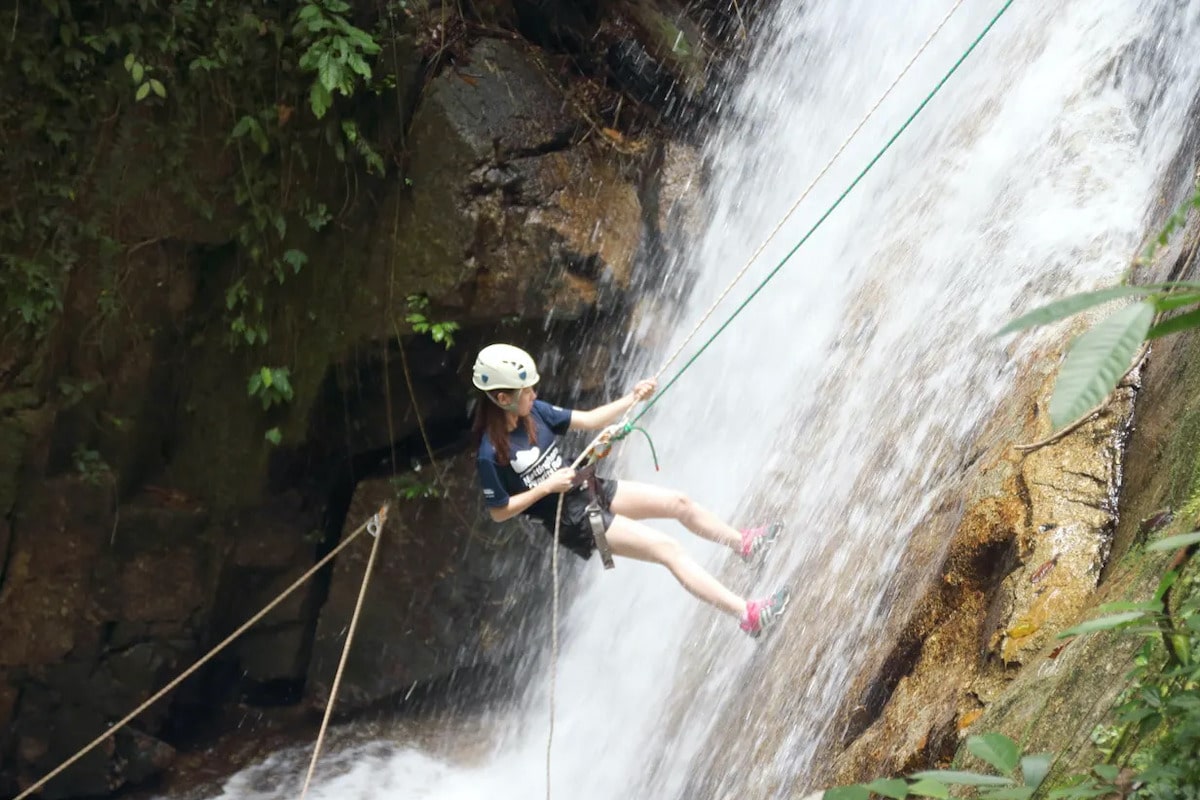 Get a firm grip as you abseil down this waterfall. This is an action-packed pastime where you descend vertically downward along a mountain with a double rope coiled around your body, similar to how firefighters do it. At first, it’s nerve-wracking, but there are professionals on hand to assist you, and after some time, the activity gets easier. You may easily picture yourself as Lara Croft or Indiana Jones conquering nature in the wilds while abseiling down the rocks of this Gopeng attraction. The limestone caves of Perak are quite beautiful, and Tempurung Cave is one of the most magnificent Gopeng attractions. It’s about 400 million years old, with 5 caverns containing a variety of stalagmites and stalactites. You may even still be able to view some of the Communist graffiti left by them during the Malayan Emergency from 1948 to 1960. 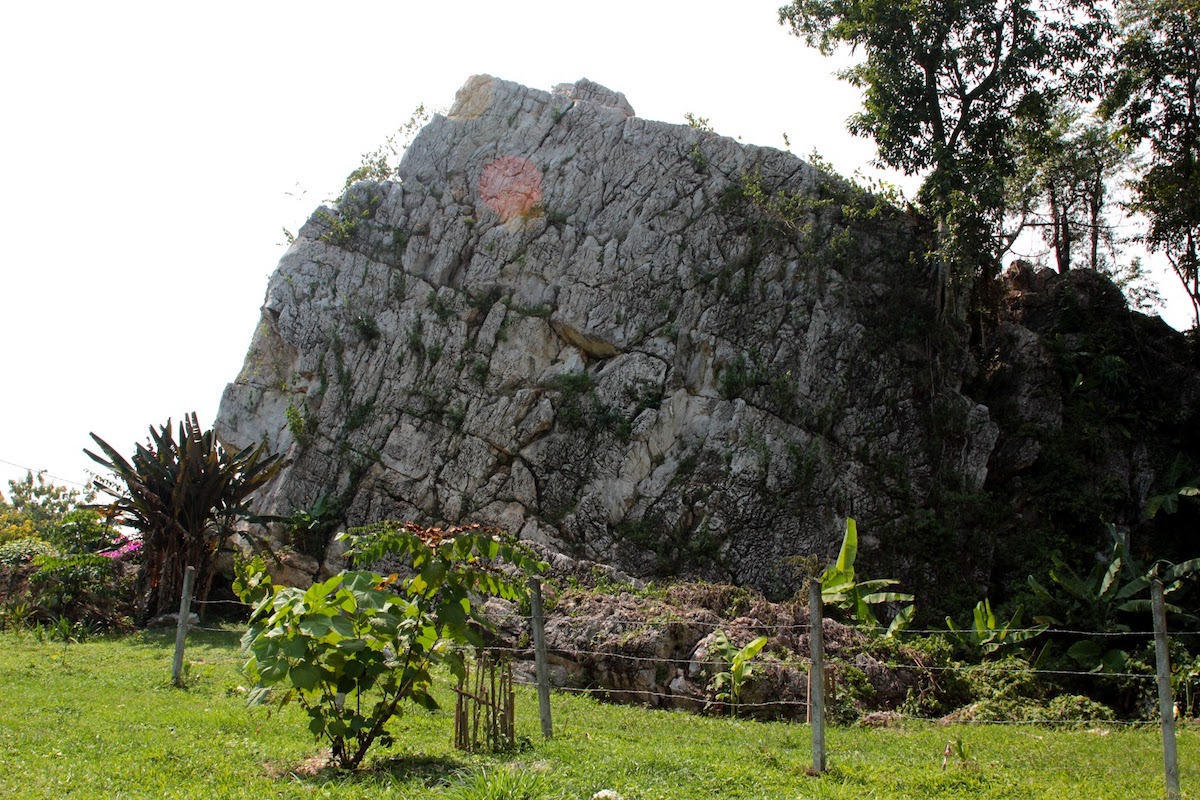 At 1.1 kilometres long, Kandu Cave is the seventh longest cave in Peninsular Malaysia. On top of being one of the longest caves in Malaysia, the Malaysian Nature Society also included it on its list of the top ten most crucial karst conservation areas in the Kinta district. What makes the Kandu Cave popular is the cave tours, which are also suitable for novices.

Apart from that, several otherworldly delights can be found inside, ranging from limestone curtain stalactites that shine in the light to rocks resembling animals and ancient relics. The Lion’s Head is one of the well-known formations you may encounter. Like many other caves in Kinta Valley, it also includes communist guerrilla graffiti – look for the red star. For hikers looking for a new challenge, there is Batu Putih Hill. It’s not to be confused with Mount Batu Putih at Port Dickson or Melaka’s Mount Batu Putih. With minimal challenges, this Gopeng attraction is an easy and brief walk that will take you about 1.5 hours up and back, giving you great views of Gopeng. 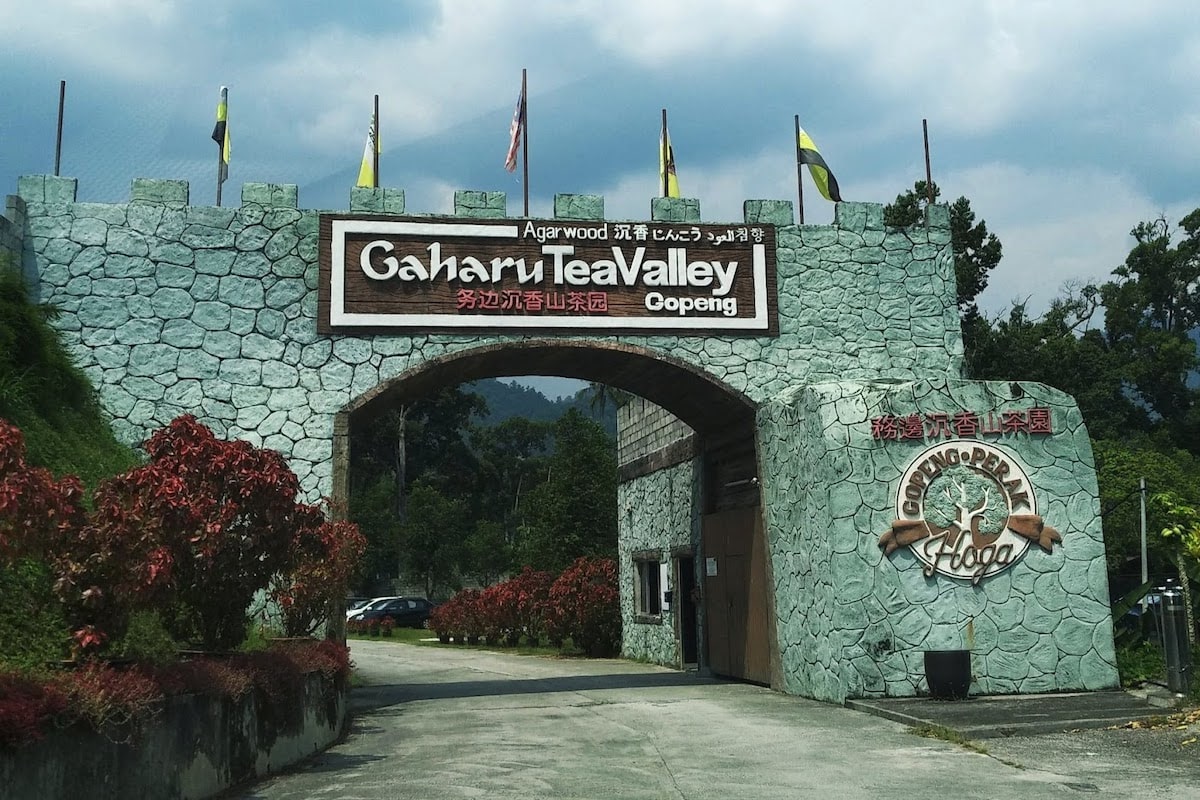 Gaharu Tea Valley is an agarwood plantation perched at the northern reaches of Gopeng, which has since evolved into an agro-tourism destination. It is enclosed by what people affectionately refer to as the Great Wall of Gopeng, which protects nearly 200,000 endangered trees from intruders and wild animals.

Lover’s Park (a pair of intertwining trees that appear to be hugging each other), Tree Hugging Park (where you may hug trees with picturesque engravings) and Hilltop Viewing Stage are some of the main attractions. The Lover’s Park is located near the Hilltop Viewing Stage, while Tree Hugging Park is around the corner. You can also buy gaharu seedlings and other items like tea, cookies, instant noodles, and fragrance oils in one the most popular Gopeng attractions. 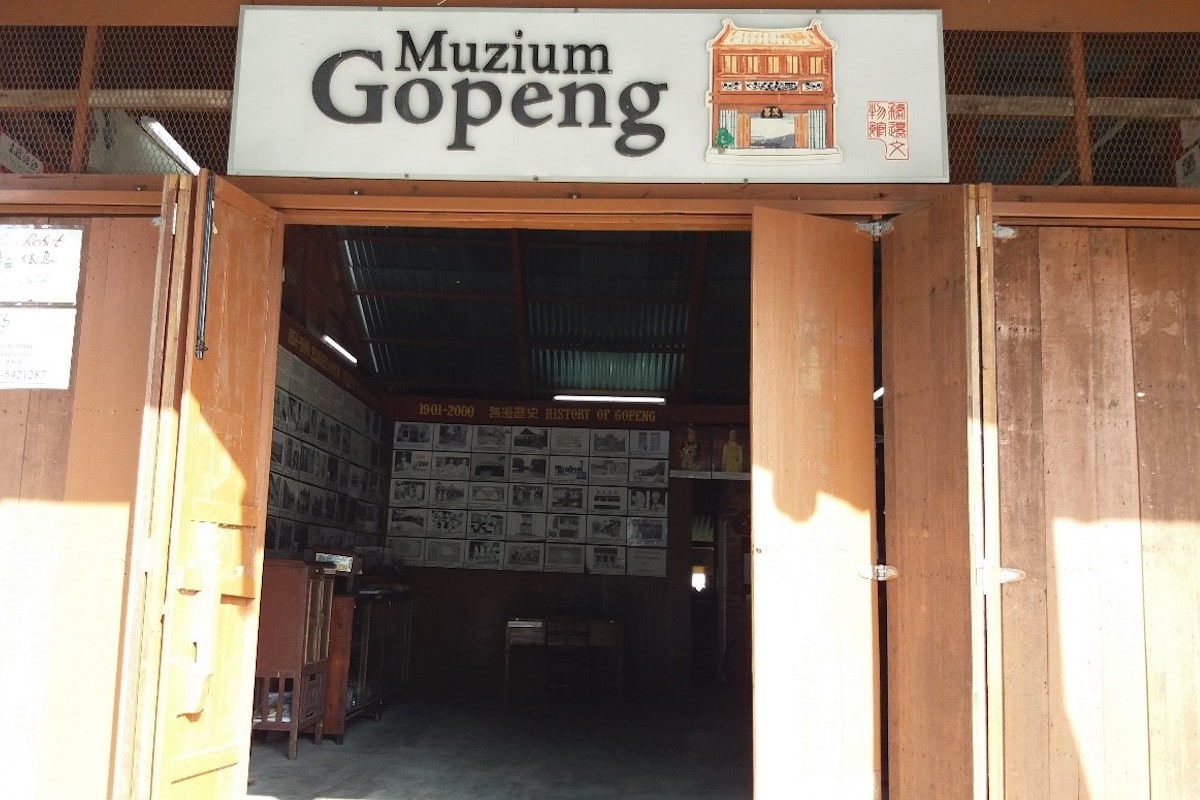 The Gopeng Museum’s exhibit traces the history of Gopeng through its tin mining golden era. There are over 300 antiques on display, which were used by generations of townspeople across the century. You’ll see old-fashioned sewing machines, timepieces, clocks, radios, gas lights, typewriters, cameras, gramophone records, and tin and rubber processing machinery among other things. It’s a nice little museum where you can learn about Gopeng’s past and culture. Located along the Jalan Itek River, you will find the Gopeng Heritage House, a pink Baba Nyonya house that captures memories. This heritage house is within walking distance from Gopeng Museum and can be considered an extension of the museum. Over here, you can get a glimpse of a traditional barbershop, Kopitiam, and other local activities under one roof, thanks to meticulously maintained conditions in which even the original woods are utilised to restore it.

The Gopeng Heritage House is another one of the many unique Gopeng attractions if you’re looking for something off the beaten path. There are lots of antique furniture, calligraphy paintings, and lovely decor from the colourful middle-class lives in Gopeng in the 20th century. If you have children, they’ll most likely be unfamiliar with some items. The remains of a bygone era may be seen throughout the streets around the Gopeng Museum. The old town centre in Gopeng, which served as the theatre and old market before being destroyed in a fire in 1186, is made up from these three historic streets. While most of the ancient shophouses were demolished in 1186, there are still several pre-war structures remaining today which visitors can check out after or before their trip to the Museum. Gopeng Antique Kopitiam is one of the few pre-war Gopeng attractions that are still being utilised today. This popular cafe takes you on a trip back in time with timber walls and vintage decor, including marble-top tables and antique chairs. Western and Asian dishes such as Yue Guang Ho (Moon Light Koay Teow, with an egg poached in the middle), Sambal Fried Lao Shu Fen, Mixed Meat Platter, and Sweet and Sour Pork are available here.

There are a lot of senior citizens in the community who enjoy going to the kopitiam to reminisce about old times over a cup of traditional Kopi-O. Conversing with them will surely help gather amazing stories of the past, stories that the town of Gopend is built on. Perak State Herb Club, located 15 minutes from the PLUS Simpang Pulai toll, is a public herb park with over 500 plant species. There are now three beautiful lakes in the region, which has been a part of some abandoned tin mining areas. It includes 8 herb gardens and a nursery that each have their own uniqueness. Heritage herbs, therapeutic herbs, fragrant plants, ulam/salad plants, and cosmetic plants are among the categories of plants contained within this Gopeng attraction. Since before World War One, this small family-owned operation has been making soy sauce using its traditional method and recipe. The Lau family would be delighted to show you what’s in the huge earthen pots, which are used to store soybeans during the fermentation process, if you ask nicely. Purchase a bottle or two for around RM10 each.

What was once a vital tin mining region that attracted a large number of the Chinese population, Gopeng is now a town with the traditions and stories preserved through the historical structures you can see around the town. There are also magnificent natural wonders surrounding this town which further adds to the uniqueness of this place. With so many Gopeng attractions that you can visit, you can be assured that your trip here will be worthwhile.