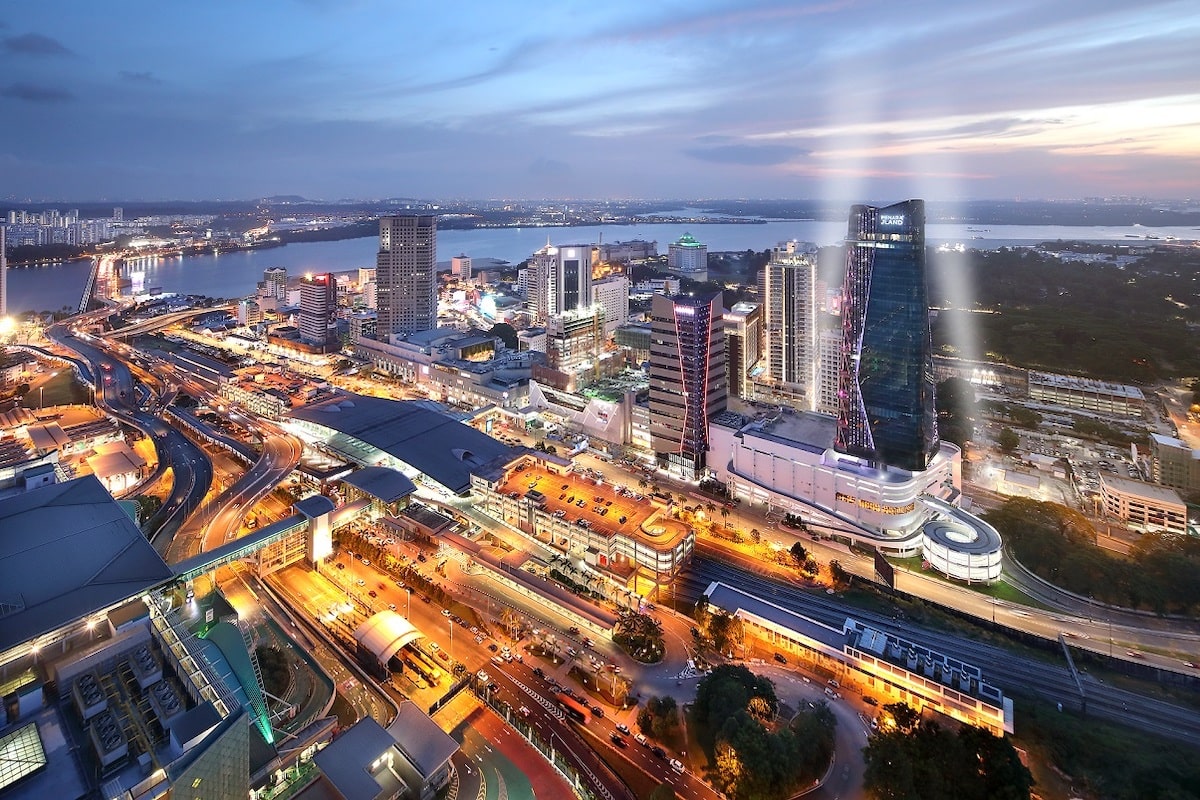 Johor Bahru, the capital of the state of Johor, is situated on the southern tip of Peninsular Malaysia, near the Johor Straits. The second-largest metropolis of Malaysia is surrounded by industrial parks, suburbs and waterfront areas. Being a close neighbour of Singapore, Johor Bahru is also a popular weekend getaway for many Singaporeans. With so many places to visit, here are some of the Johor Bahru attractions that you should not miss out on. 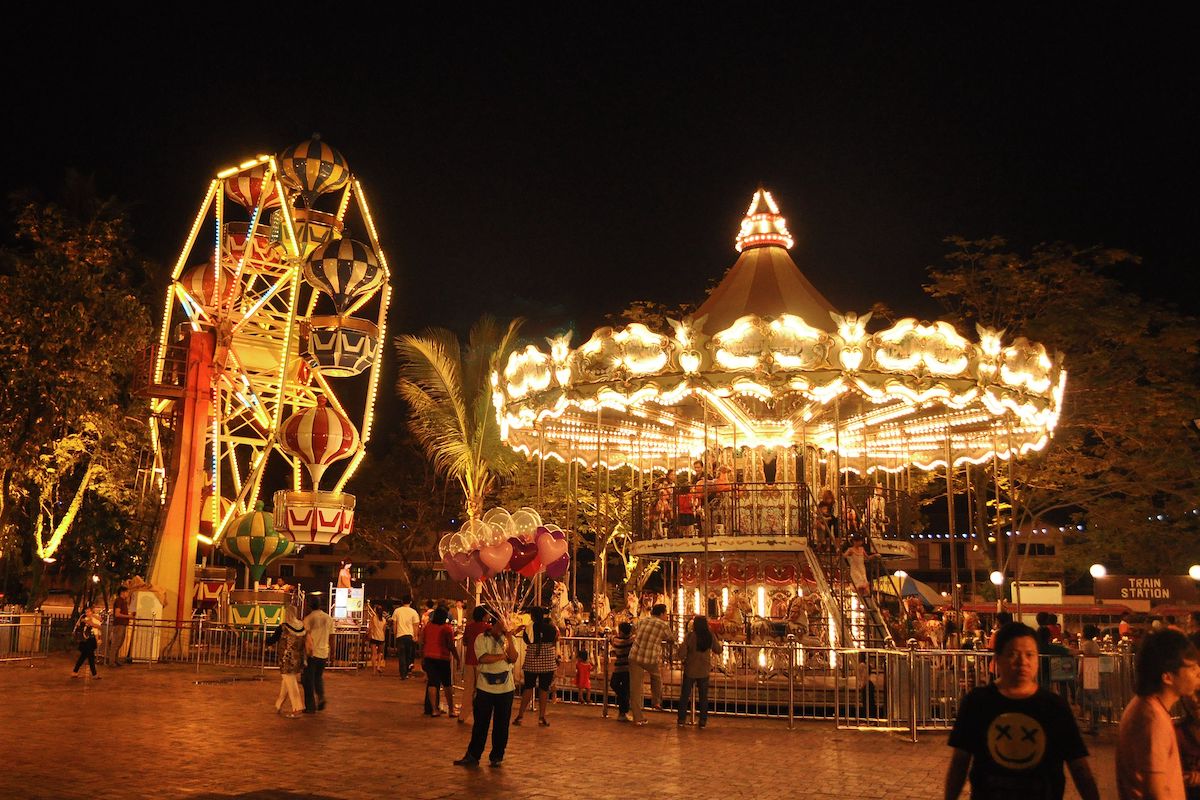 Danga Bay is one of the most popular Johor Bahru attractions. This recreational park is perfect for parents with young children since everyone can enjoy themselves together. It has an old-fashioned amusement fair with rides ranging from the traditional Pirate Ship and Teacups to the Jumping Frog and Nemo Ride.

The greatest thing is that you only have to pay for the rides you want to take. A shuttle bus is also provided to take you around the park, especially during the night. Apart from that, you can find several cafes and restaurants in Danga Bay where you may get food and beverages, including seafood dinner. 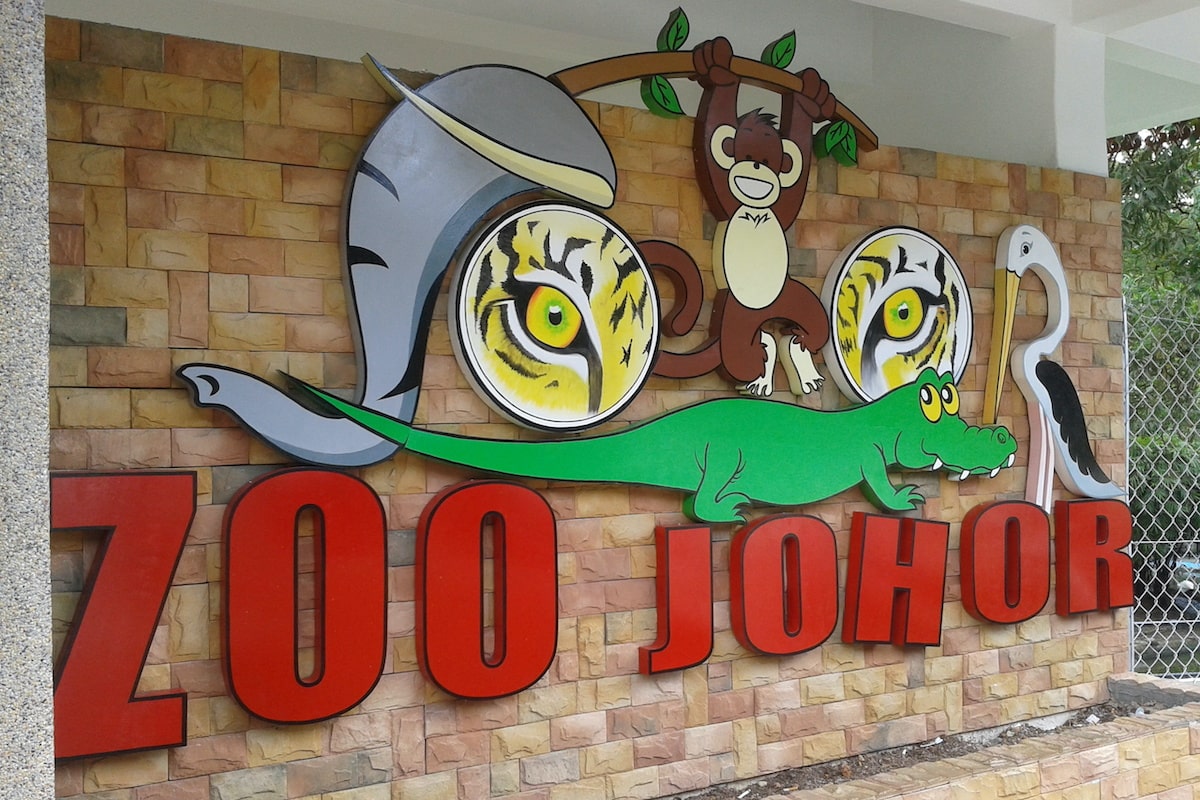 Johor Zoo is a mini zoo that has about a hundred different birds and wild animals. The zoo is suitable to visit around 9 am to 11 am to see the nocturnal animals that might still be awake. On top of that, visitors, especially children, are allowed to feed the deers and camels. 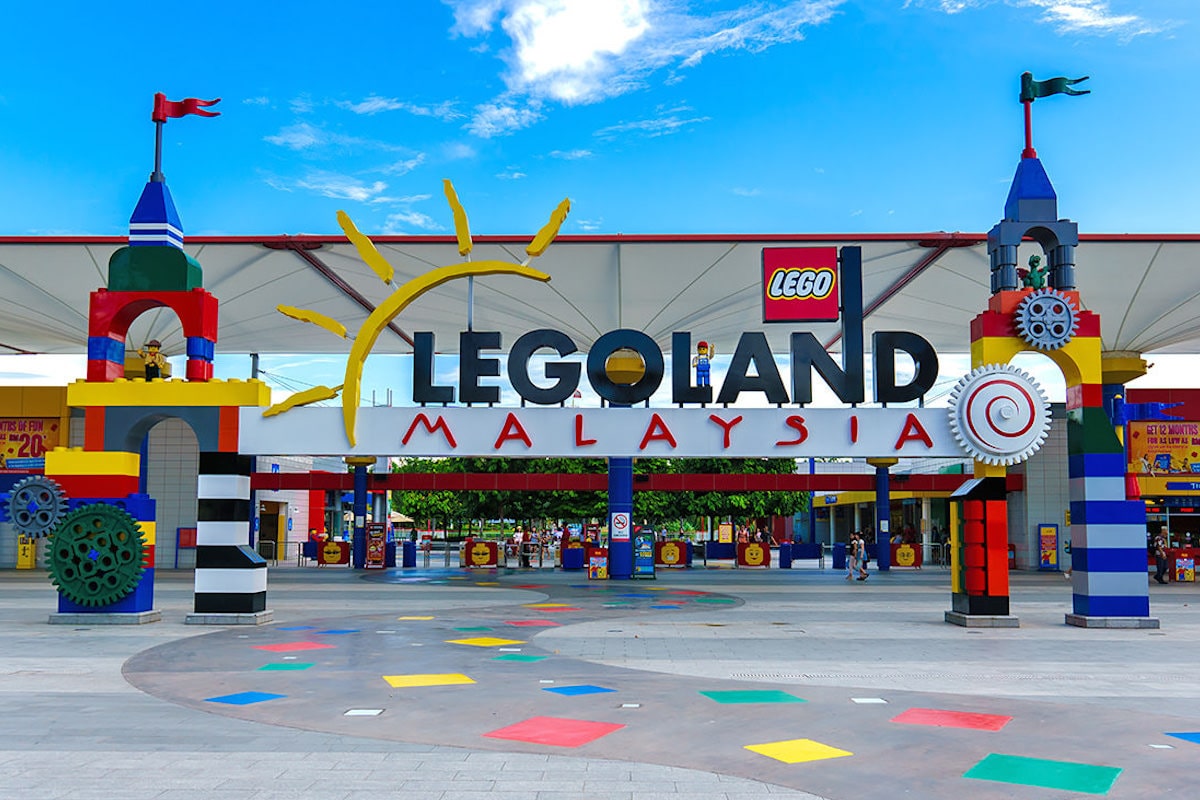 Legoland Malaysia is not just all about lego models, but also has many fun-filled activities that are sure to make your trip worthwhile. It consists of a water park, theme park and SEA LIFE aquarium. As Legoland Malaysia is just a short drive away from Johor Bahru city centre, this is one of the best Johor Bahru attractions to spend time with your family, especially during the school holidays!

It’s the perfect family vacation spot, with over 70 interactive rides, slides, shows, and attractions that provide adventure, education, and fun for action-packed day trips or weekends. 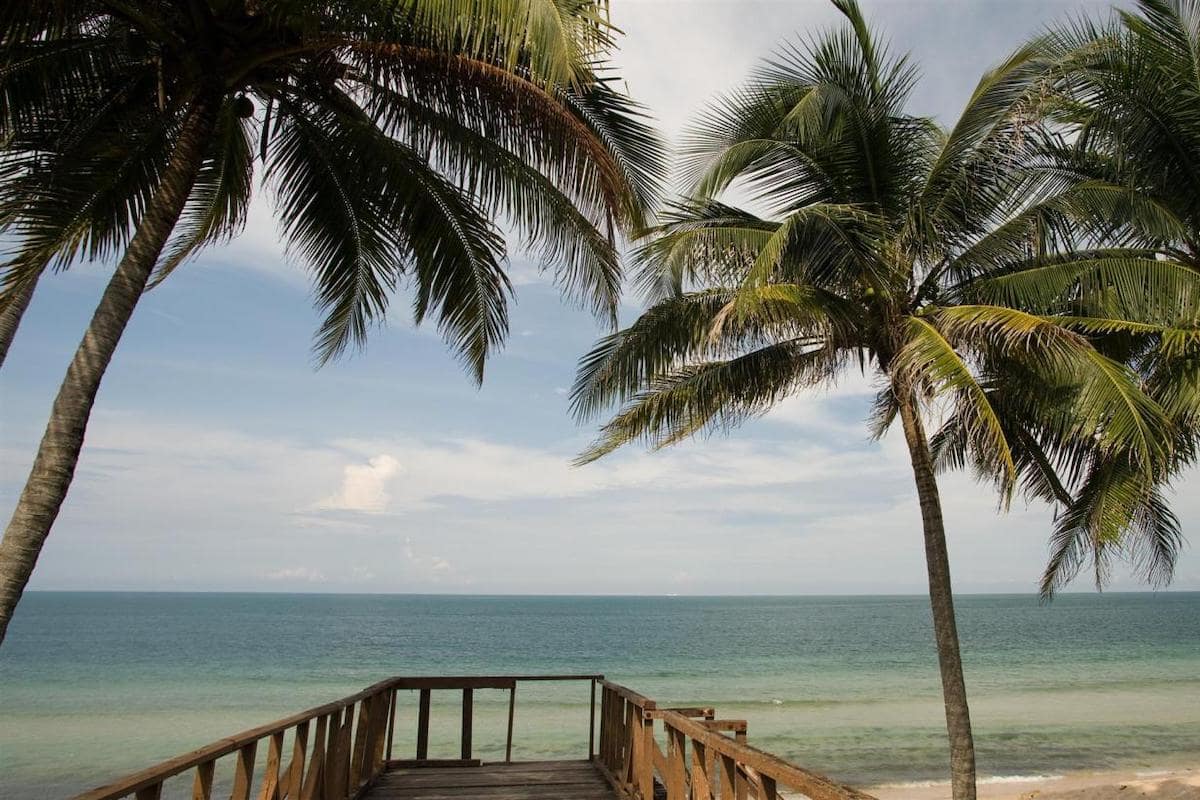 Desaru Beach is one of the perfect short getaways in Johor Bahru for an unplanned trip or family gathering. As one of the most beautiful Johor Bahru attractions, it has a crystal-clear sea and fresh air. You can also find stalls and shops by the beach selling drinks, ice cream and light snacks.

For the outdoor enthusiasts, you can enjoy boat and jet skies activities apart from renting netball hoops for a friendly match among your friends. If you are looking for a more relaxing time, you will be glad to know that there are gazebos with BBQ pits and shady trees that make the place perfect for picnic and BBQ parties. 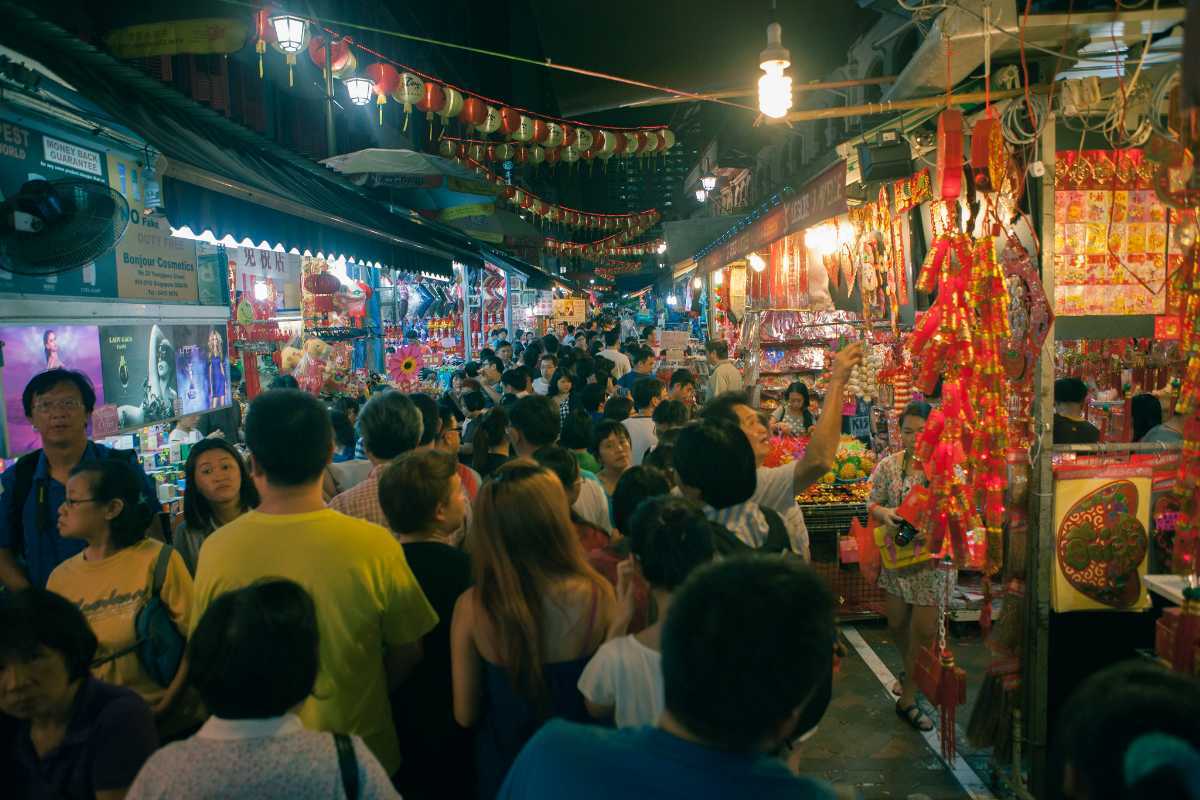 Bazaar Johor is a vibrant night bazaar located near the City Square Mall and expanded to the entire neighbourhood offering stalls for clothing, trinkets, housewares and street food. As the term “karat” itself refers to secondhand and vintage items, most of the items sold here are cheap goods from China and Southeast Asia. There are also a lot of unique cafes along the road and small stalls selling local street foods. 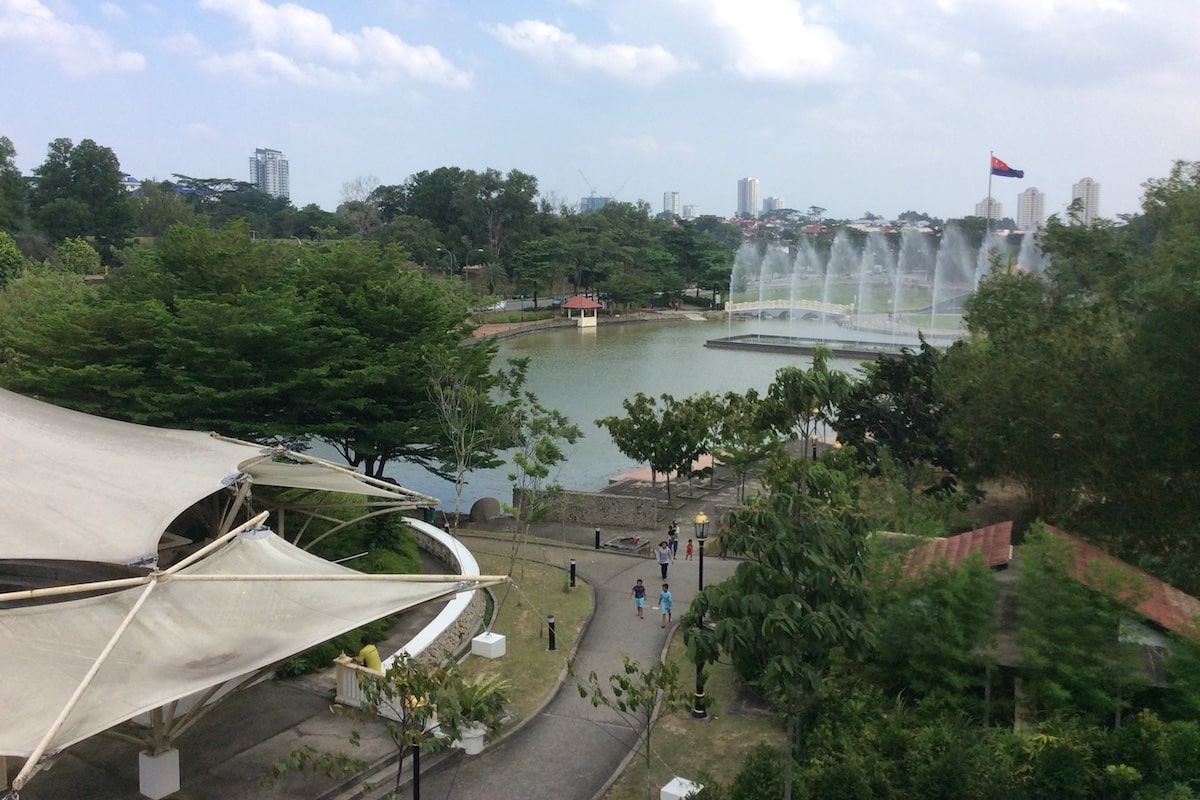 The Merdeka Garden is an urban landscape park featuring a playground and workout equipment that is suited for outdoor activities. This Johor Bahru attraction was created to commemorate the country’s battle for independence. In the park, a brief history of the country’s struggle for freedom is displayed. Apart from that, the colourful musical fountain shows and the scenery itself at night are undoubtedly the most prominent attractions. 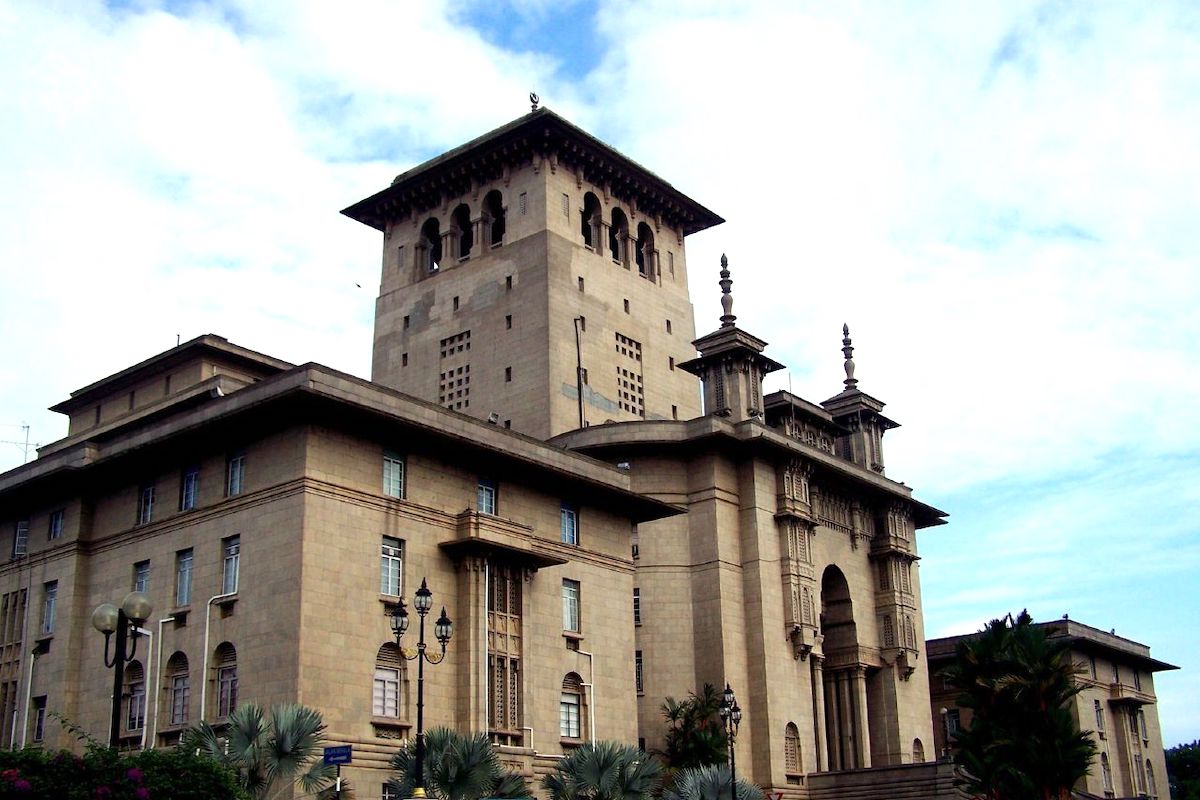 Sultan Ibrahim Building is a historical landmark and one of the Johor Bahru attractions that you should not miss out on. The gigantic structure, which from afar resembles a castle, combines colonial and Malay architecture. This was also the tallest building in Malaya before independence. It served as a fortification and command centre for the Japanese Imperial Army during World War II. While you will not be permitted to enter the building, you will be able to admire this building from the outside and take photographs. 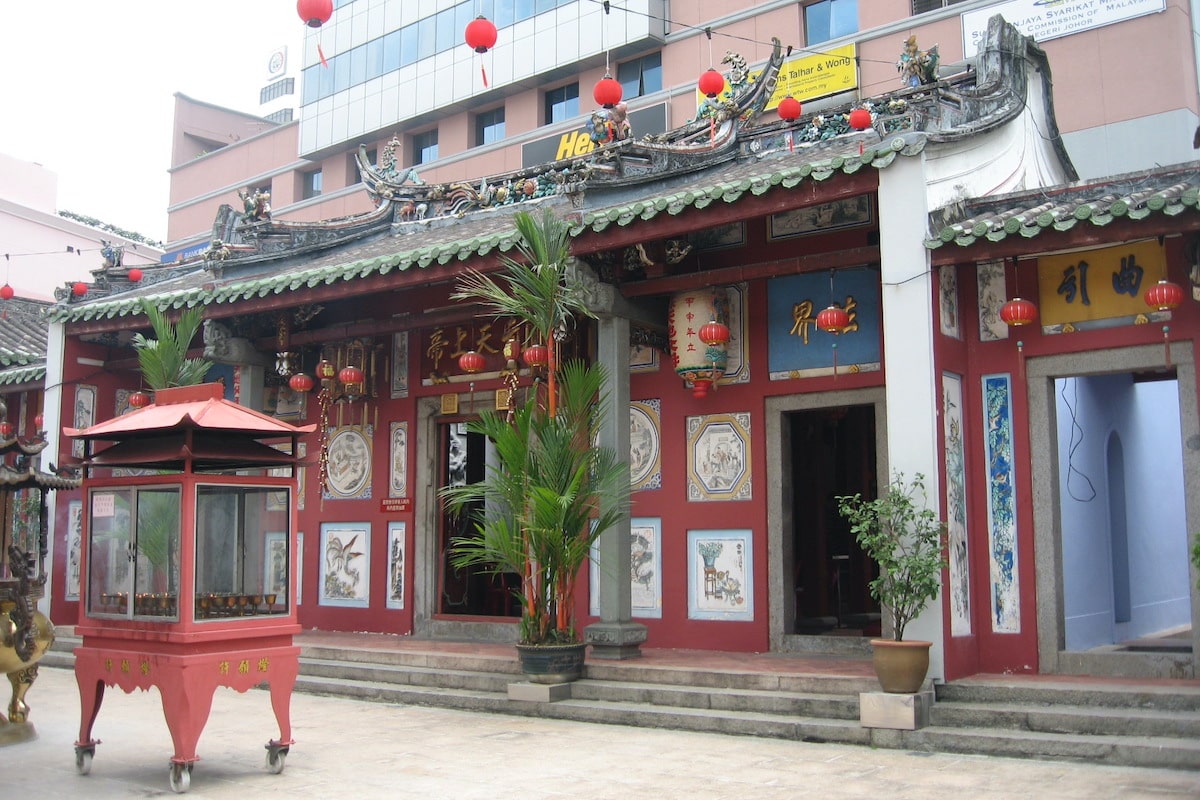 This Chinese temple is one of the oldest Johor Bahru attractions. The bright red ancient temple is a famous tourist attraction because of the intricate artwork that is seldom seen in modern religious structures. The twelve Chinese Zodiac animals are depicted on the temple’s facade.

On top of that, the temple serves all the major dialectal Chinese communities, including Buddhism, Taoism, and other Chinese deities. The Chinese deity Yuan Tian Shang Di is the most significant in the temple as the shrine is in the centre of the building. Overall, this picturesque temple has a serene setting that cherishes Chinese culture and art.

The museum is a dedication to the history of the Chinese population in Johor Bahru and information on how and who founded the city, the Japanese occupation era, and gambhir and pepper production. The first two levels of this attraction in Johor Bahru contain a great deal of information and artefacts about the various Chinese communities who lived in the area and their contributions to the city’s growth.

This fascinating Hindu temple in Malaysia is built in the style of a traditional South Indian temple and is completely covered with a multicoloured glass mosaic and glass beads. There are also statues of Gautama Buddha and Mother Teresa in the temple. Murals made of glass depict contemporary gestures of generosity and interfaith love, such as a Muslim and Christian rescuing a Hindu involved in a motorcycle accident can also be found in the temple, one of the most beautiful Johor Bahru attractions.

This distinctive temple was listed in the Malaysian Book of Records as the country’s first and only glass temple in 2010.

As you can see, Johor Bahru is more than a state that is straddling the border with Singapore. Given the number of theme parks, particularly Legoland Malaysia, it is one of the nicest cities to visit for a family with young kids. With so many ongoing developments in the city due to the rapid growth, there may be even more Johor Bahru attractions to explore in the coming years.