Port Dickson District is a port district in Negeri Sembilan, Malaysia and is the sole coastal district in the state. The area was named after Sir John Frederick Dickson, a British High Officer serving in the Straits Settlement towards the nineteenth century. Because of its strategic geographic location, he saw the potential to turn the region into a port and named it Port Dickson.

Port Dickson, located south of Kuala Lumpur, is one of the quickest escapes for city folks. Many tourists would enjoy a quick visit to the beaches, but we’ve also included information on other attractions. 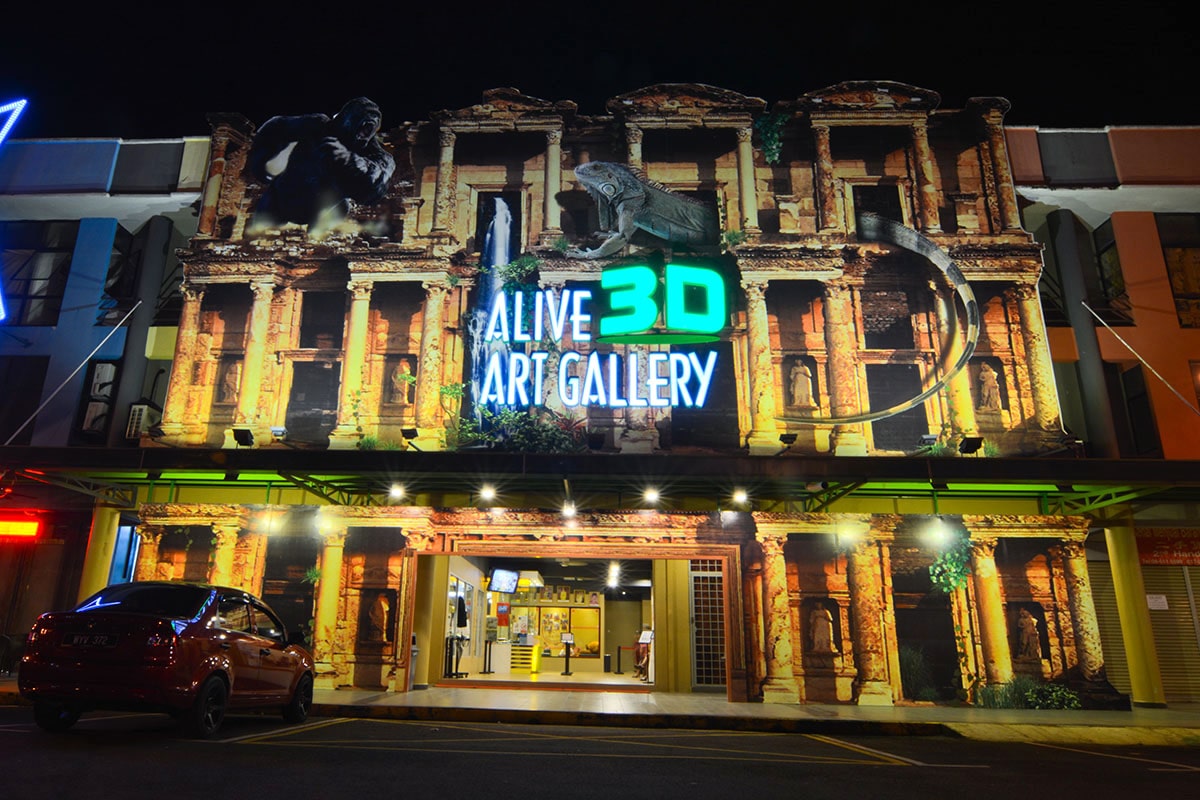 The art gallery exhibits more than fifty illusionist artworks painted by artists from China on three levels of the structure, all of which can be viewed. It is separated into five sections: adventure, aquarium, animation, exotic, and dark art zones. The gallery is a fun option to visit with a group of friends or family because the fun is blending in the artwork and taking pictures of one another.

Even if you don’t have somebody to photograph you or can’t seem to find the right angle, the Alive 3D Art Gallery in Port Dickson has helpful staff ready to assist you with your needs. You can also get your pictures printed on gifts, such as cushion covers, mugs, t-shirts, etc. P.D. Ostrich Show Farm have several parks combined, such as the cat park, Planet Jurassic, upside-down house, and many more. It is an exciting experience to pet and feed domestic pets and farm animals at the petting zoo. You will have the opportunity to bond with a variety of animals, including goats, hens, peacocks, ducks, donkeys, and rabbits, as well as discover exciting facts about them.

The ostrich farm is well-known for allowing visitors to interact, feed, and even race with the ostriches. Aside from the farm, the interactive section with pedigree dogs and horseback riding activities are also popular. On a hot sunny day, after visiting the zoo, you can relax in their cafe and enjoy farm-made cendol.

Light Safari is when the zoo is elevated with various light decorations at night. Both the colourful lights and the animals amuse the children and adults too. There is also a small area with more than forty sculptures called Planet Jurassic. Some of these sculptures are powered by sensor-triggered animatronics, making lifelike motions to entertain the children. As part of an initiative to ensure that the next generation is kept informed about the Lurut Fort, the museum displays artefacts, traditional clothing, photographs, and information. The fort was built by a Bugis warrior named Raja Jumaat to defend and safeguard the town, noted for its tin mining. Unfortunately, the fortress and its surroundings are not adequately conserved, and it is heartbreaking to see such a historically significant landmark belittled. Investing our time and effort to visit the fort is the best way to support and appreciate the historical value it brings us. 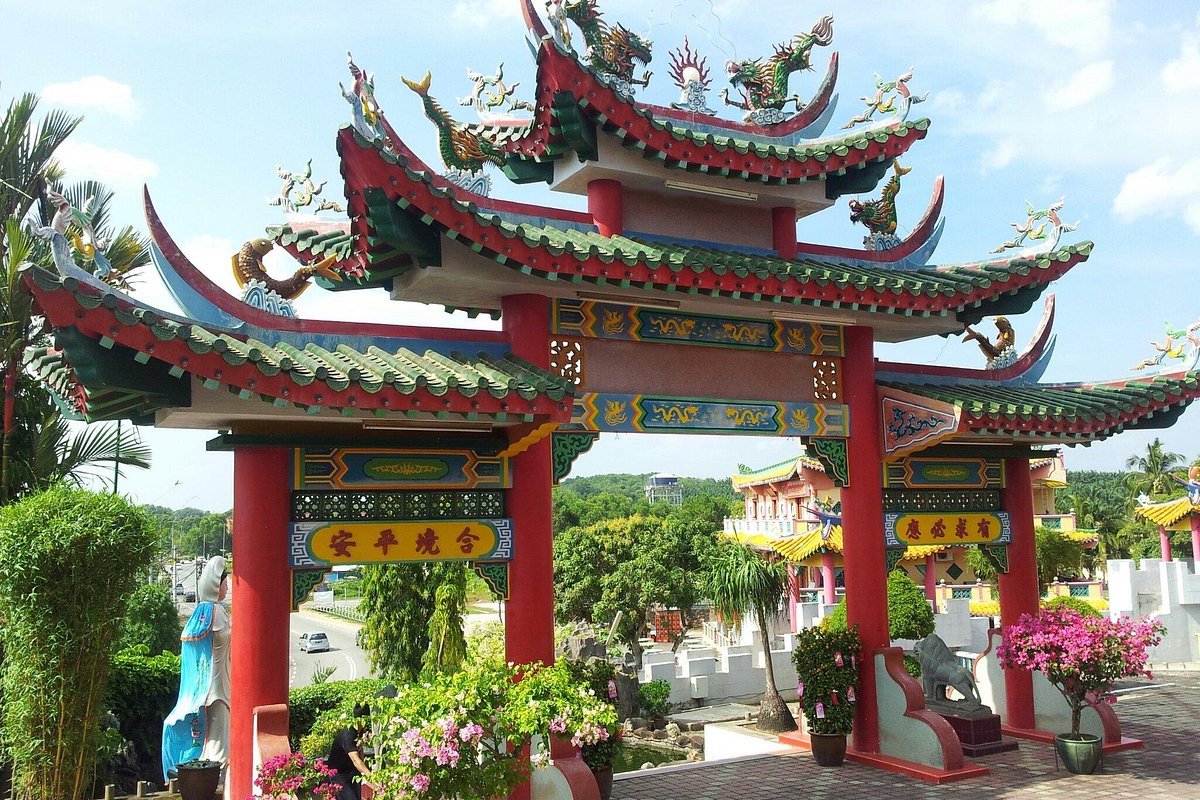 It’s not surprising that Wan Loong Temple attracts many worshippers and tourists mesmerised by the majestic fortress walls of the temple from the road. The temple respects several deities, including the Goddess of Mercy, Guan Yi, and the mythical, legendary figure, the Monkey King, Sun Wukong. Some worshippers also believe that the giant tortoise among the numerous other little tortoises is lucky and can bring prosperity if touched or fed. Blue Lagoon is the most visited beach in Port Dickson, Malaysia. Secluded from the rest of the beach, it is covered with dense flora and breathtaking views. This beach is ideal for those who want to soak in the beauty of nature and participate in watersports such as banana boat rides and canoeing.

Although the lagoon is a popular tourist destination, the beach is relatively uncrowded. Some tourists camp along the coast, and if you plan on doing so, you can find vendors renting tents and lazy chairs there. 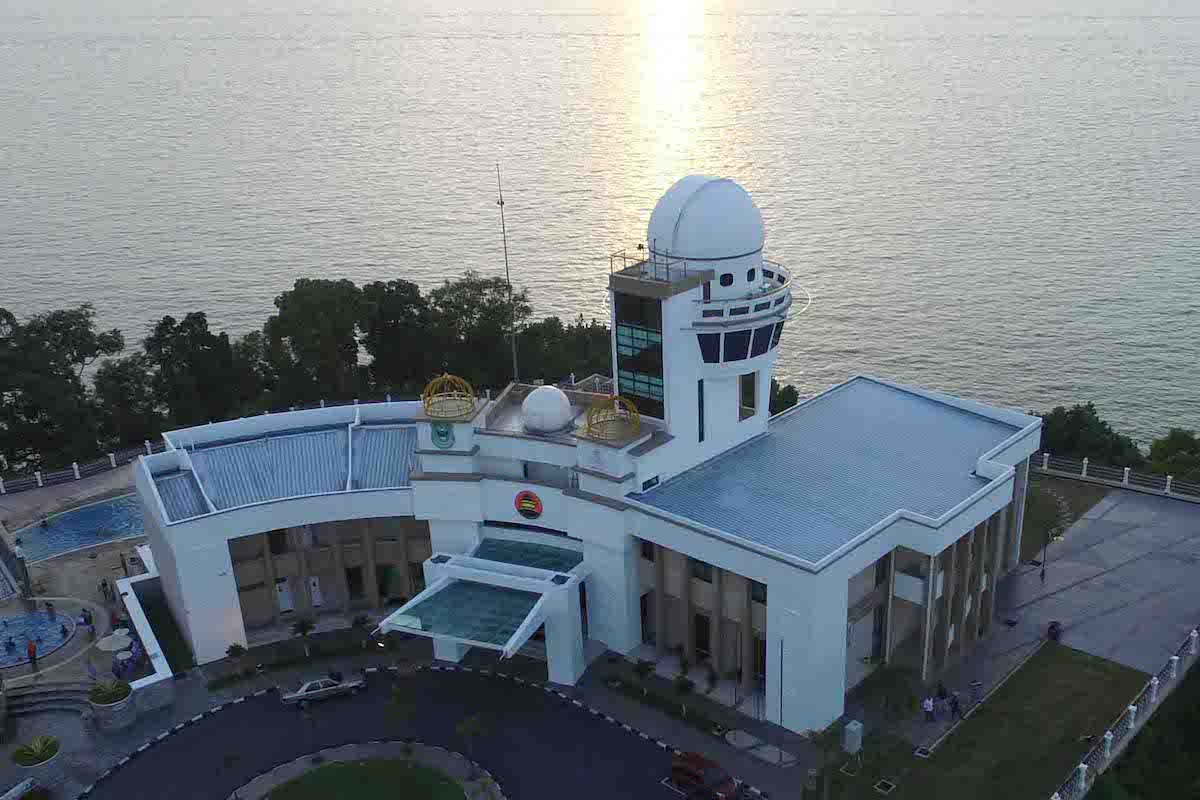 It provides beneficial facts and information on the solar system, eclipses, and constellations, including a gallery dedicated to the history of astronomy in Malaysia. However, the observatory only began to operate officially in the 1960s and became the only known place to do the new moon observation in the 1980s. Today, the observatory is equipped with modern facilities to observe both the sun and moon at different times of the day.

The Teluk Kemang Observatory is open to Klana Beach Resort guests for free, and the public can pay RM25 for both the day and night sessions. Visitors will be taken to the theatre room for a briefing and an astronomical video screening before the observation. Most importantly, the staff are kind and knowledgeable and competent in the field, and they will assist you with your equipment and provide extra information. 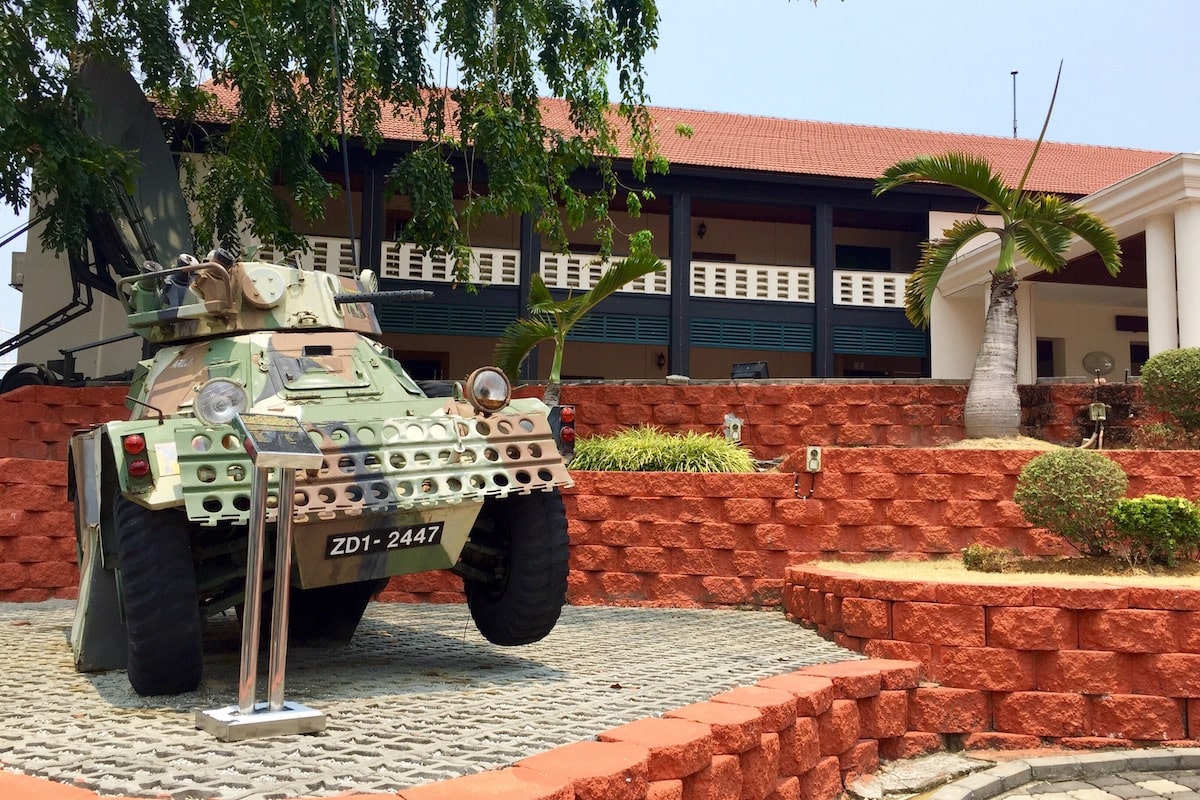 Port Dickson Army Museum is another one of the must-visit Port Dickson attractions. The museum features gallery spaces and outdoor exhibitions that will educate about the nation’s history, the role of the army in the country from the Malacca Sultanate to the present day, and the advancement of military technology. It is an exciting museum that deserves more attention and is close to the Army Basic Training Center.

The outdoor exhibitions consist of fighting vehicles like tanks, aircraft, and helicopters. A realistic replica of the tunnel operated by an underground network of the Communist Party of Malaya during the Emergency is also available here. 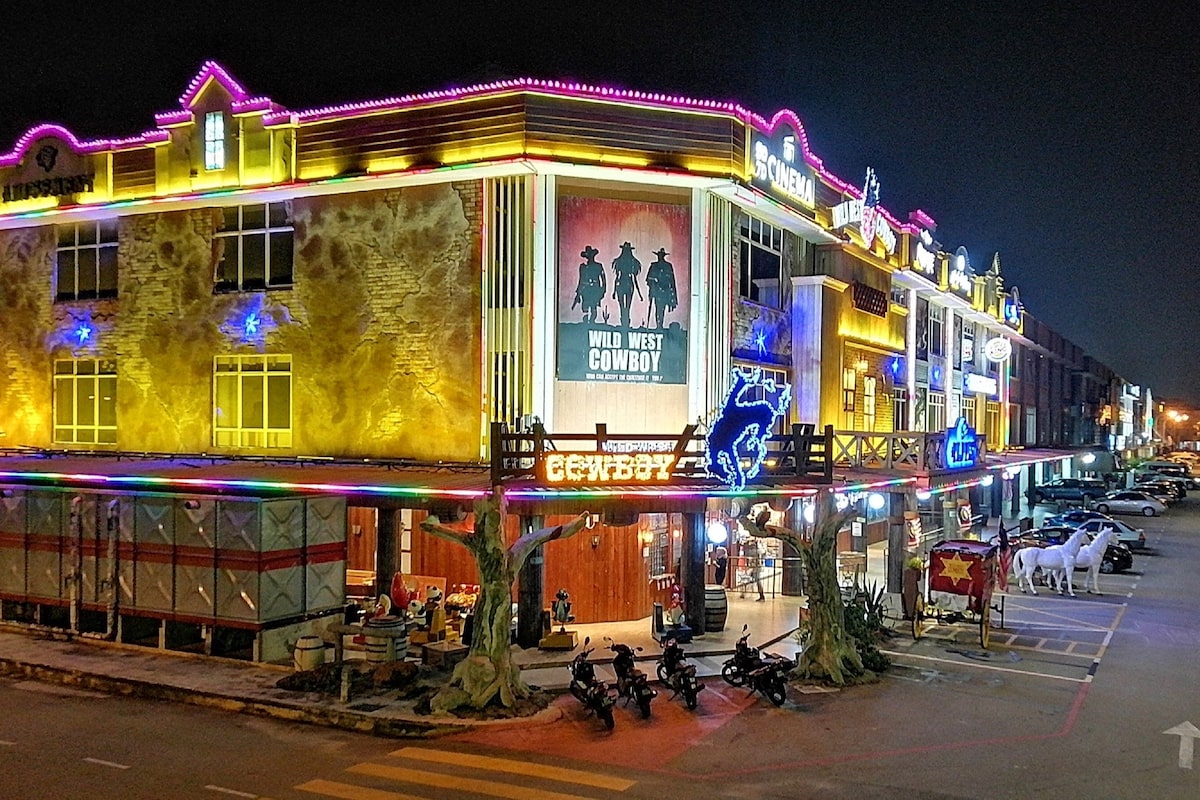 At Dataran Segar, the Wild West Cowboy Indoor Theme Park is unquestionably a one-stop destination for entertainment. It has a restaurant designed like the Wild West, apart from a dinosaur-themed escape room where you must follow a dinosaur trail and look for dinosaur eggs to escape.

The park also includes a 5D motion cinema, an awake thrill walk, an interactive skunk show, arcade games, and AR shooting games, all housed in a three-story building. The walk takes you through four themed rooms, including a haunted house, mummy awake, snow-white, and galaxy. You may buy an all-day pass or pay for each attraction separately. Uncle Wong Happy Farm is a leisure farm with jungle and nature, located in a quiet and beautiful village in Lukut. The farm has a rustic feeling with its natural surroundings and nature trails that will take you through a beautiful lake view. Leisure activities such as pedal boat tours, kayaks, all-terrain vehicle activities, and a barbeque, along with a mini animal farm, can be found here. The farm is also trendy among families with small kids because of their petting zoo with rabbits. Phantasy Farm is a mini petting zoo with some of the friendliest staff. Some of the animals you can find here include ponies, tortoises, parrots, peacocks, hens, deers, rabbits, and many others. The animal farm also has a funny haunted house and playgrounds for the kids. In addition, the farm has some Instagrammable spots, which will make this an appealing Port Dickson attraction for both adults and children. 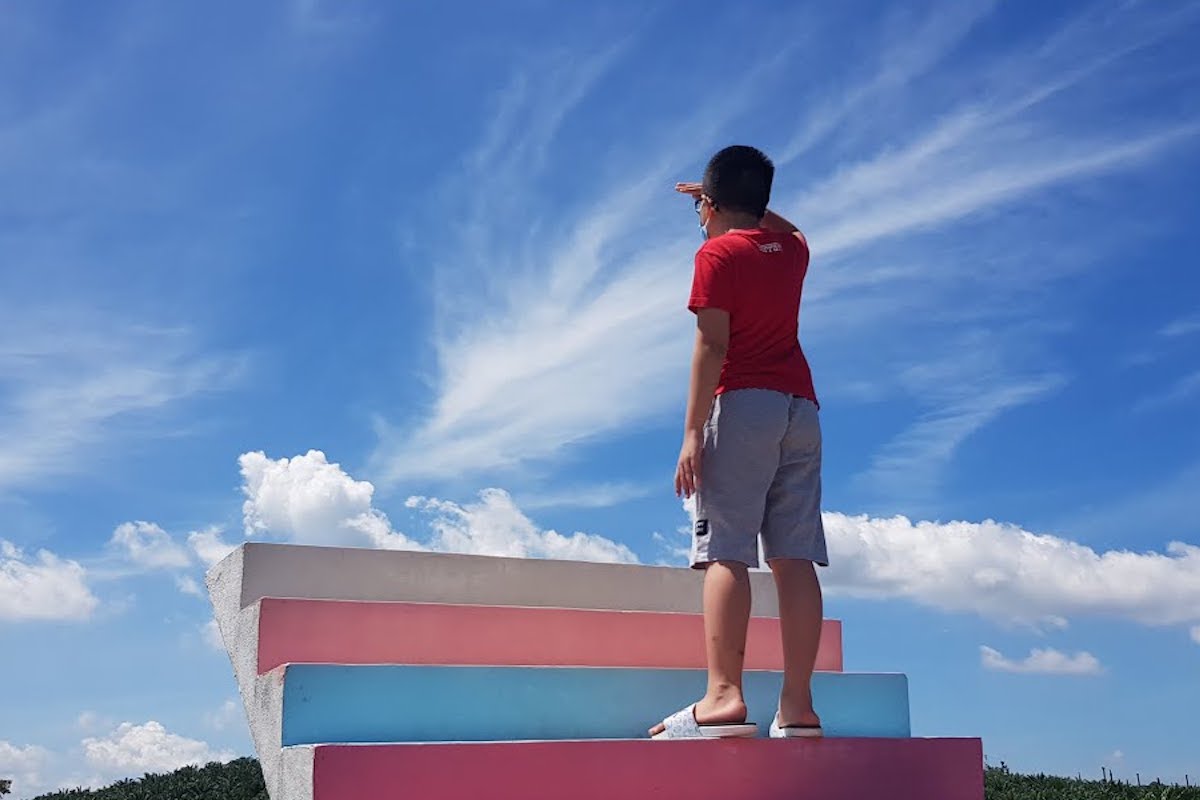 Sky Ladder Pineapple Farm is a pineapple plantation in Kampung Sri Parit Lukut. The pineapple farm, which opened its doors for agritourism, has large pineapple bushes planted across an open space. Sky Ladder’s visitors are welcome with a short tour, pineapple juice, and fruit. The pineapple farm also includes a ladder that stretches out to the sky, perfect to take Insta-worthy shots. Port Dickson Beach is one of the more popular beaches in Port Dickson. The long sandy beach has become a significant tourist spot in Malaysia due to various water sports such as jet ski, banana boats, and speedboats. Many hotels around here provide rental services to those who want to spend some quality time with family or friends. Aside from that, there are also several restaurants where you can try a range of regional cuisines.

While Port Dickson is famous for the beaches, many other things are waiting for you to discover here. For instance, the Army Museum is not only for history lovers but for all Malaysians who want to learn and appreciate the heroes who have contributed to the country’s peace and prosperity. There are also animal farms and amusement parks that you can visit to have a great time.