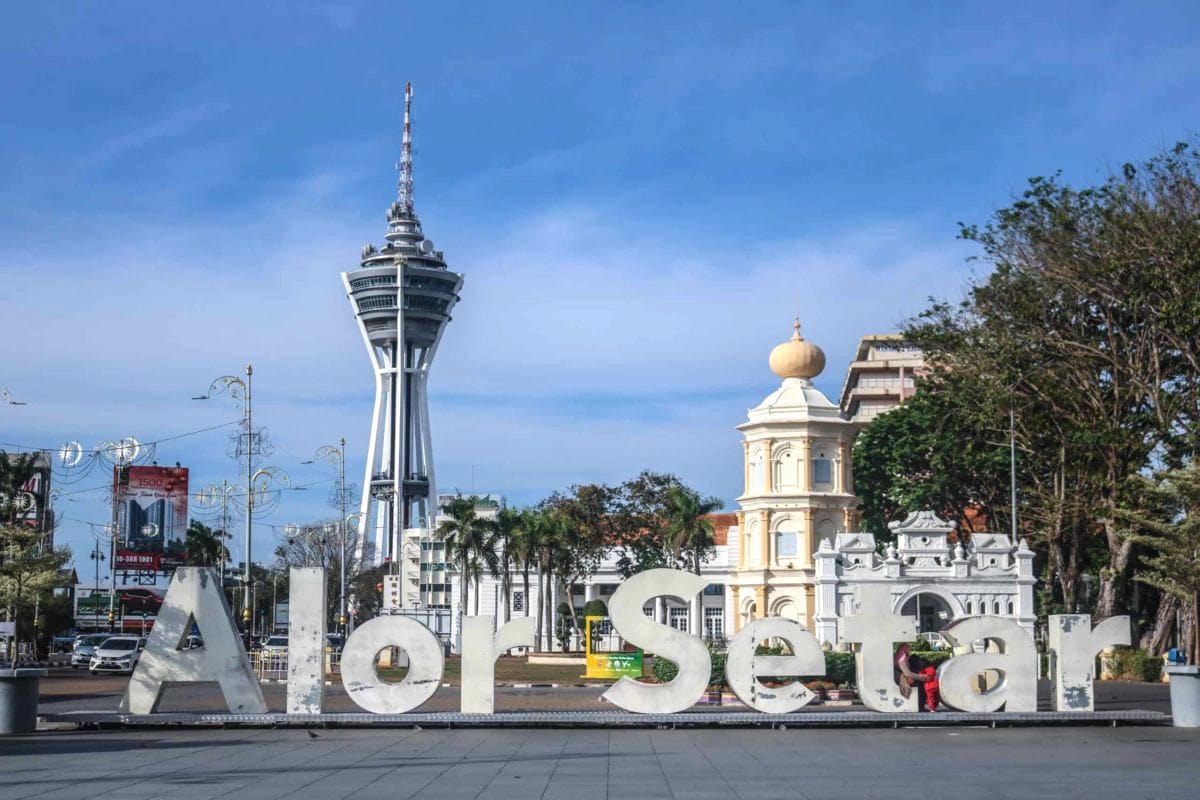 Alor Setar is the capital of Kedah, a state located in Peninsular Malaysia. This city is also the second-largest in the state after Sungai Petani. The name Alor Setar is derived from two Malay words: “alor”, which means small stream, and “setar”, a type of plant. If you are planning a holiday in this city, here are some of the Alor Setar attractions that are popular among locals and foreigners. 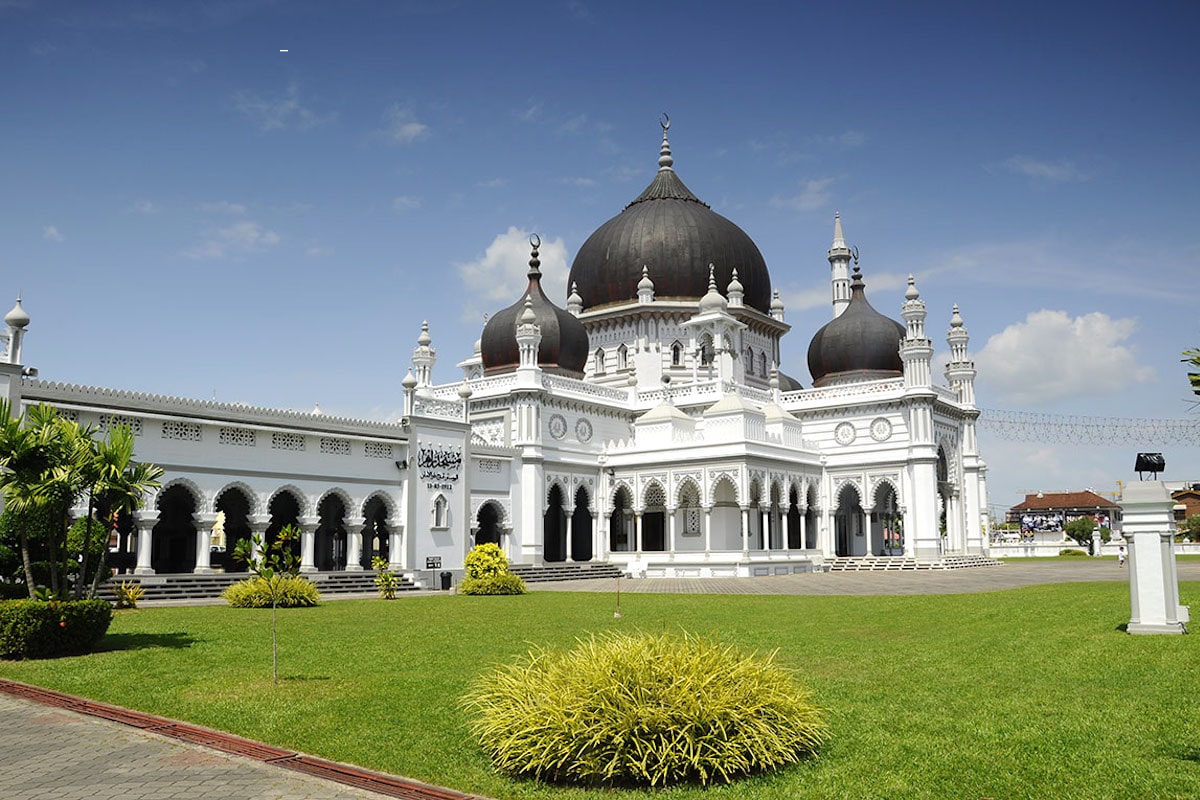 One of the first Alor Setar attractions you should visit is the Zahir Mosque, the royal mosque of Kedah. This mosque is not only one of the grandest and oldest places to visit in this city but also one of the top 10 most beautiful mosques in the world, with the design inspired by the Azizi Mosque of Bandar Langkat, North Sumatra. It was built in 1912 on top of a burial cemetery for Kedah warriors who died defending the city from Siamese invasions in 1821.

However, today, this magnificent mosque awes people with its grand and elegant architecture and striking black domes as its main feature. They are designed with Malay-Islamic influence, where you would be able to see the five pillars of Islam being represented through the five domes. As you explore this mosque, you will see the highlight: the inner dome is beautifully adorned with carvings of verses from the Holy Quran. 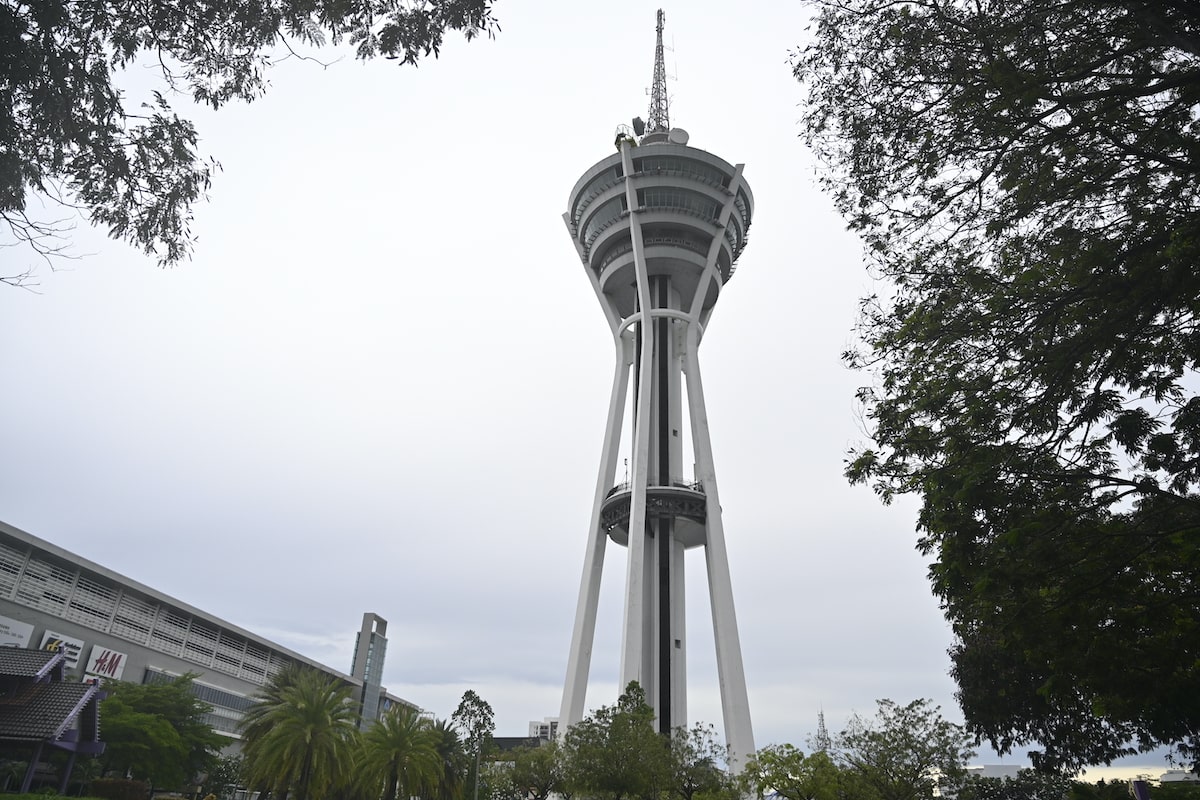 As one of the most popular places to visit in the northern region, Alor Setar Tower is also the third tallest telecommunication tower in Malaysia. This 165.5-metre-tall skyscraper is working as a telecommunication and broadcasting tower maintained by Telekom Malaysia Berhad to serve the nation. The tower’s shape emulates tied rice clusters, a phrase dedicated to Kedah, as the state is known as the “jelapang padi” or “rice bowl” of Malaysia. This structure is supported by an enormous pillar that implies tiang seri, which signifies the strength of the people of Kedah.

Apart from its elegant exterior, you can also observe the whole of Alor Setar and its surroundings at the observation deck. Located 88 metres above sea level, you could see through every nook and cranny of the city through the automated binoculars available to all visitors. For those who are braver, two glass box units are constructed on the Open Deck at 105 metres to give visitors a novel “Star View” experience. The Kedah Paddy Museum is enormous, with three levels and a total area of 12,000 square metres. The museum is dedicated to rice and paddy, the world’s most important crop, and was erected on land owned by the Malaysian Agricultural Development Authority. The structure of the building is intended to represent bushels of harvested rice stalks.

This museum explains the process of cultivating paddy and exhibits numerous rice varieties and the equipment and tools used in paddy cultivation throughout history and in various nations. However, this Alor Setar attraction highlights the 360 degrees of realistic 3D mural paintings. There are also several photo locations where you may snap photos in costume and edit them to incorporate a paddy field background. 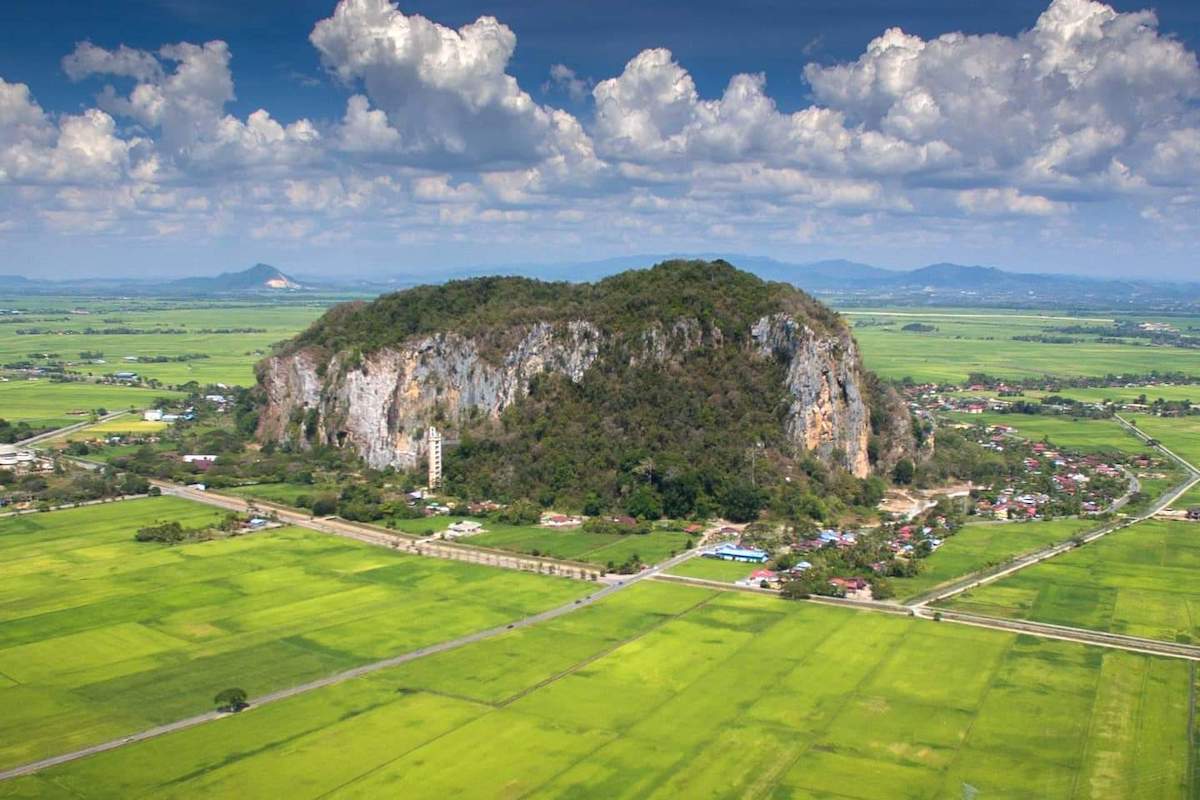 Mount Keriang is a 217.92 metres high ancient limestone mountain that dates to the Permian and Early Triassic conodonts in northwestern Peninsular Malaysia. It is located in the middle of a rice field close to the Kedah Paddy Museum. To get to the summit of one of the tallest Alor Setar attractions, you will only need to walk along the trails with concrete railings for 30 minutes.

The view from the top of the mountain will remind you why Kedah is known as the “rice bowl” of Malaysia. Unlike everywhere else, an early morning hike there will allow you to watch the golden sun slowly rise over the green paddy fields. The breathtaking sunrise from this vantage point is not to be missed! 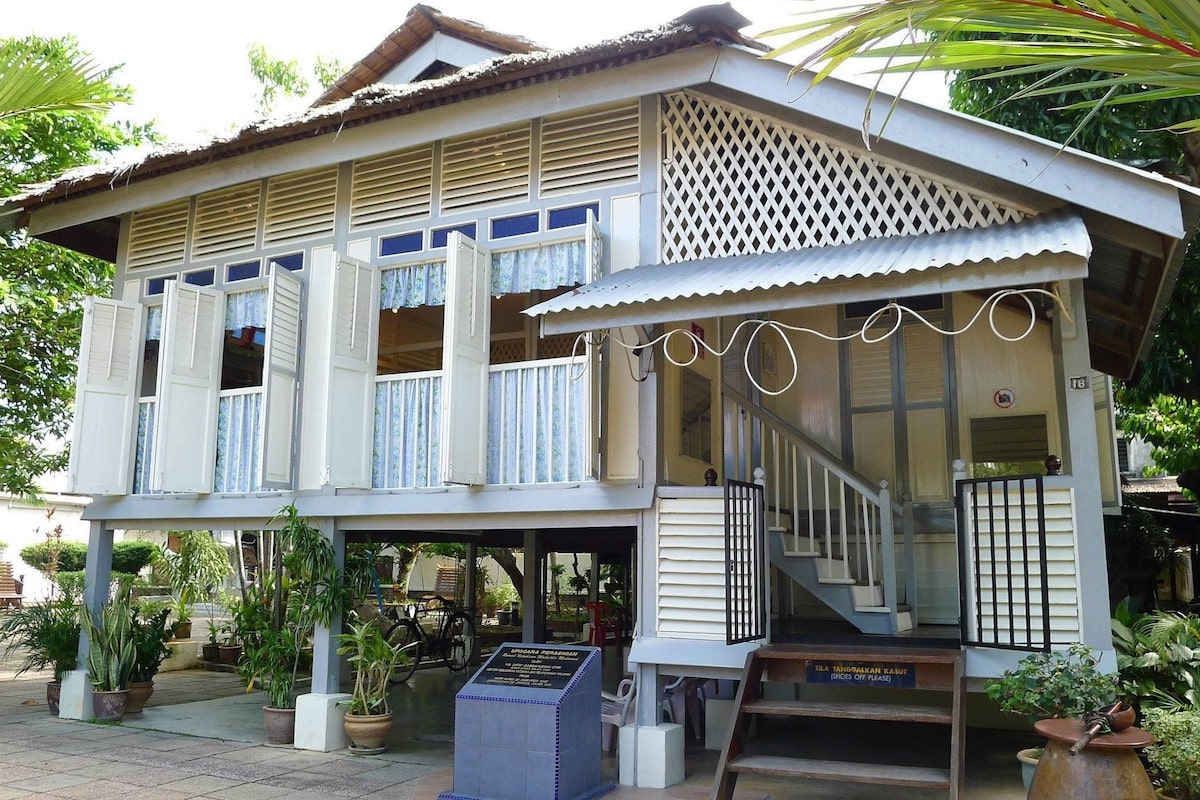 Tun Dr. Mahathir bin Mohamad, better known as Tun M, was a Malaysian politician and medical doctor who served as the Prime Minister for two terms. The Birth Home of Tun Dr. Mahathir is a museum dedicated to several of his contributions and services, including guiding the country’s transformation into an industrialised nation. It is located in Jalan Kebun, where he was brought up.

This Alor Setar attraction is divided into two sections: the birth house of Tun Dr. Mahathir and the gallery building, which displays Tun M’s possessions. The museum depicts his life from childhood until he became a politician to his retirement due to health concerns. The museum retains the allure and ambience of the 1960s and 1970s, ensuring that all his admirers and followers will enjoy the visit to the museum. This three-level octagonal Nobat Hall building is a storage facility for Nobat musical instruments, among Malaysia’s oldest and most historical musical instruments. These musical instruments are played to accompany major ceremonial events such as the country’s coronation, royal funeral, and other official events. The Nobat Hall, initially made of timber, was restored by the late Sultan Abdul Hamid Halim Shah using stone and metal. 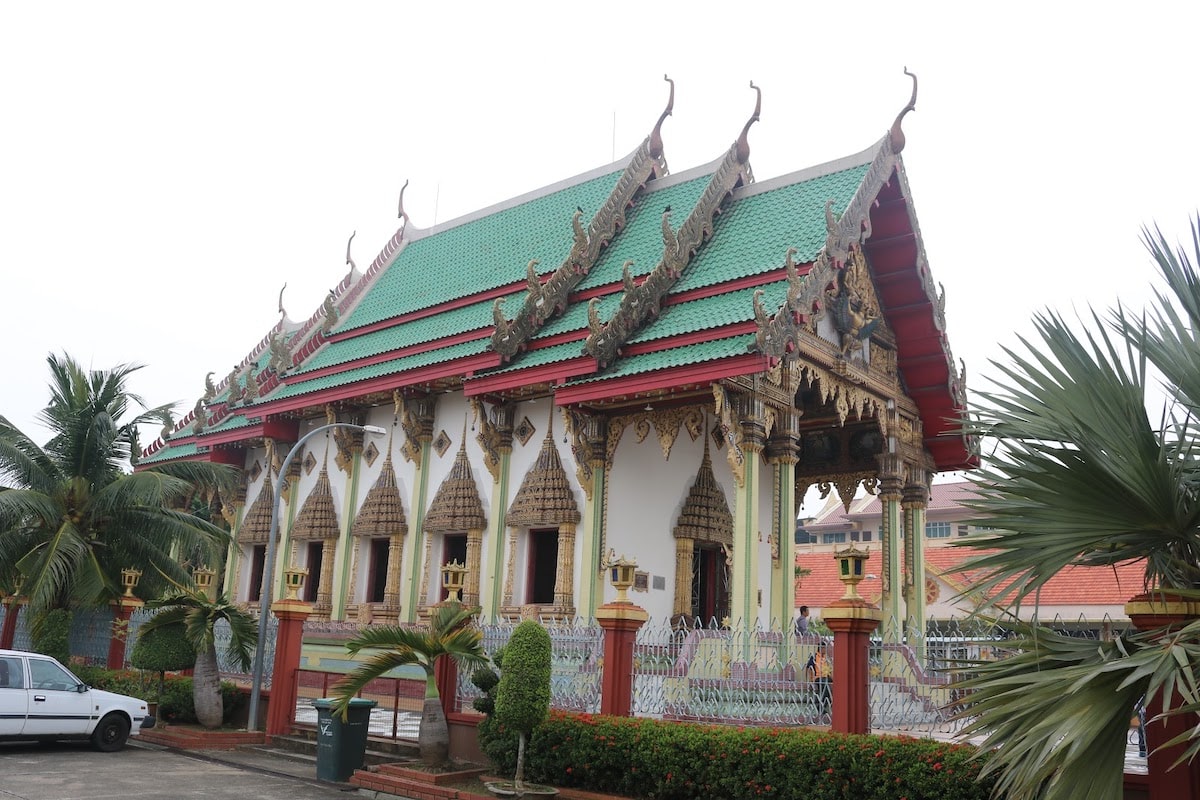 One of the most significant Alor Setar attractions is the cross-cultural Wat Nikrodharam Temple, between Telok Wanjah and Jalan Stadium. The architecture of the temple features vital Thai elements with minor Chinese motifs. On top of that, when you visit this temple, you will notice that Theravada and Mahayana Buddhist traditions are practised and respected here.

The best time to visit this temple is during Wesak Day, the full moon day of the Vaisakha month. The temple will be crowded with worshippers from all over the country making their annual pilgrimage to worship, asking for joy and happiness, and offering gratitude to the gods. If you love everything culture, this temple should be on your list! 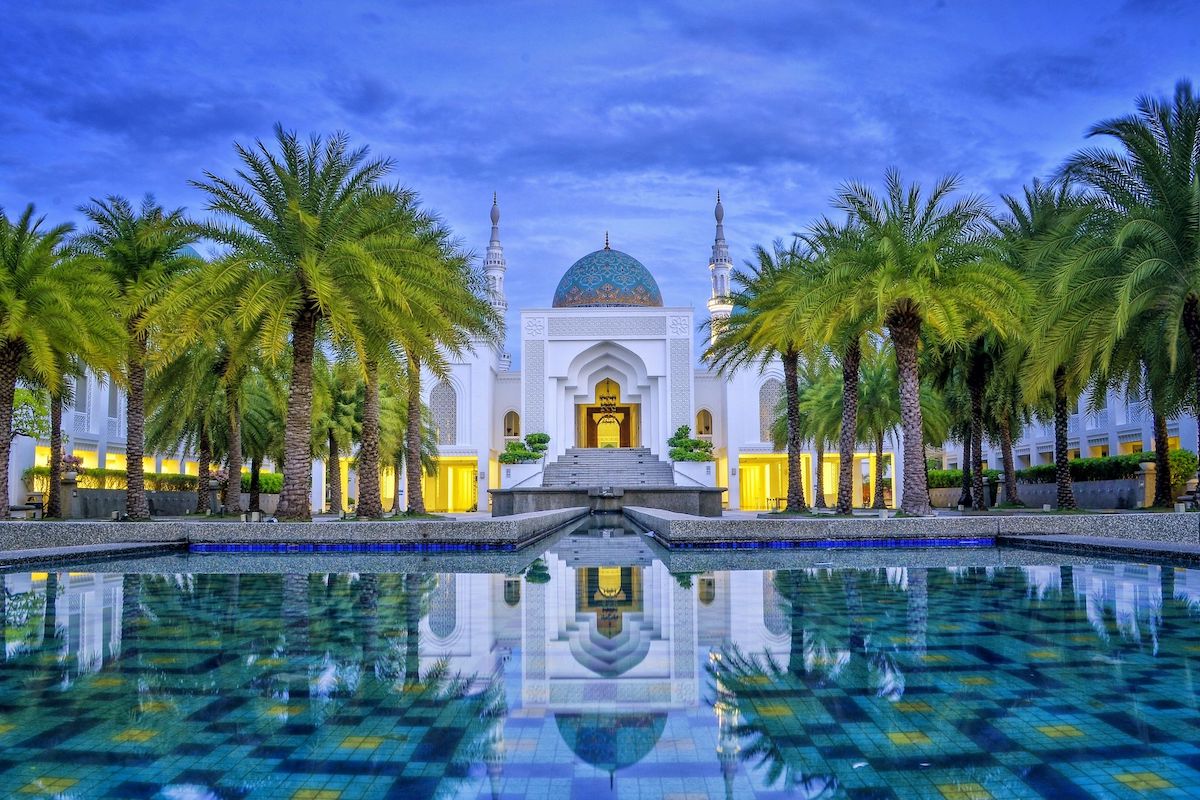 Tan Sri Syed Mokhtar Albukhary, a local businessman who made his fortune in the transportation sector, built the Al-Bukhary Mosque as one of his numerous charitable deeds. It is located near the Albukhary International University and shares its space with Albukhary Complex, a prominent Islamic centre.

Muslims can visit the mosque for prayers and hear sermons and religious talks that could help them unwind. As for the non-Muslims, they are welcome to photograph in one of the most beautiful Alor Setar attractions as long as they adhere to the dress codes. 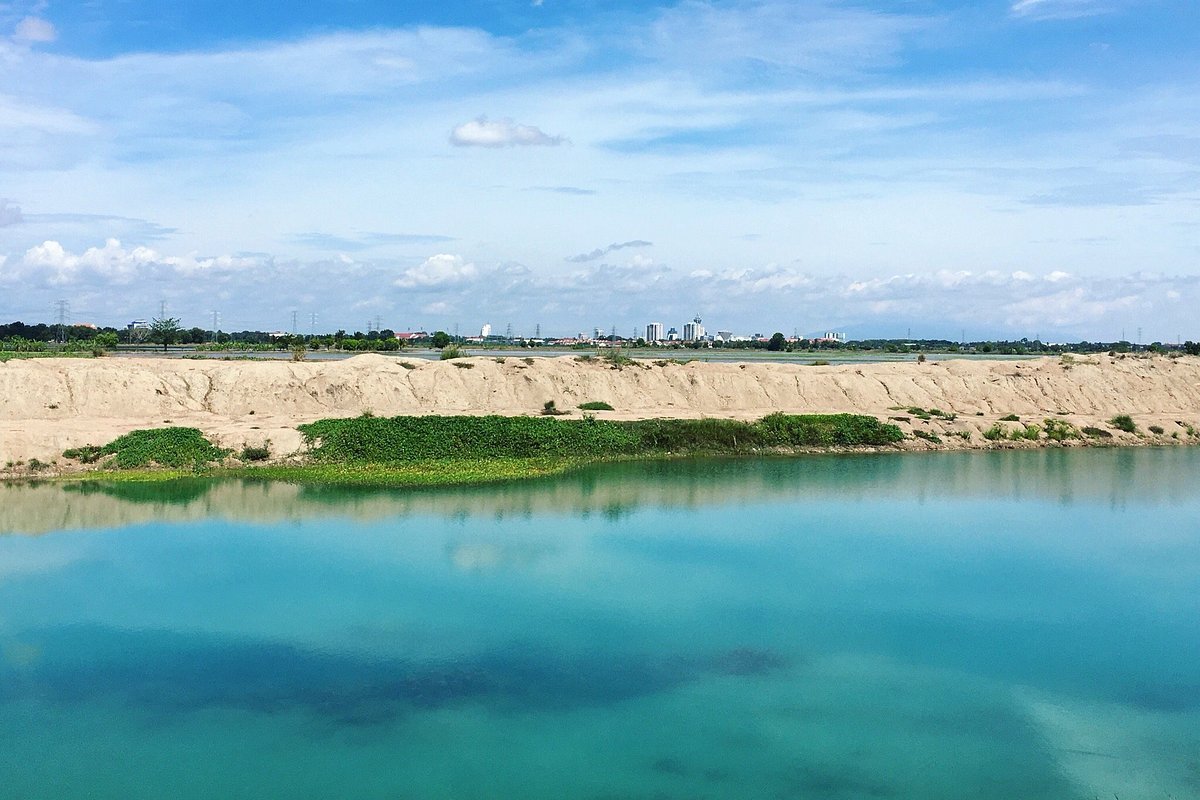 If you’re looking for the most popular Alor Setar attractions to take beautiful pictures of, you can head to the Blue Lagoon. The primary irrigation system for the neighbouring paddy fields is responsible for the blue water in the lake. Depending on the time of day and the weather, the lake’s colour changes from blue to slightly grey.

On a cloudy day, the lake will appear greyish and bright blue on a sunny day. Additionally, the stunning reflection of the sky can also be perfectly captured if the camera is placed at the right angle. So be sure to check the weather app before coming here so that you get to take a photo of the lake in the colour of your choice.

With so many things to do in this city, Alor Setar is a fantastic city with a welcoming population. Though it is not as well-known as other Malaysian cities, it retains its rural beauty and the northern Malay dialect. Not only that, but the culture is also preserved in landmarks, history is presented in museums, and magnificent nature can be seen virtually anywhere. So, take a chance and visit the many natural and historical Alor Setar attractions.