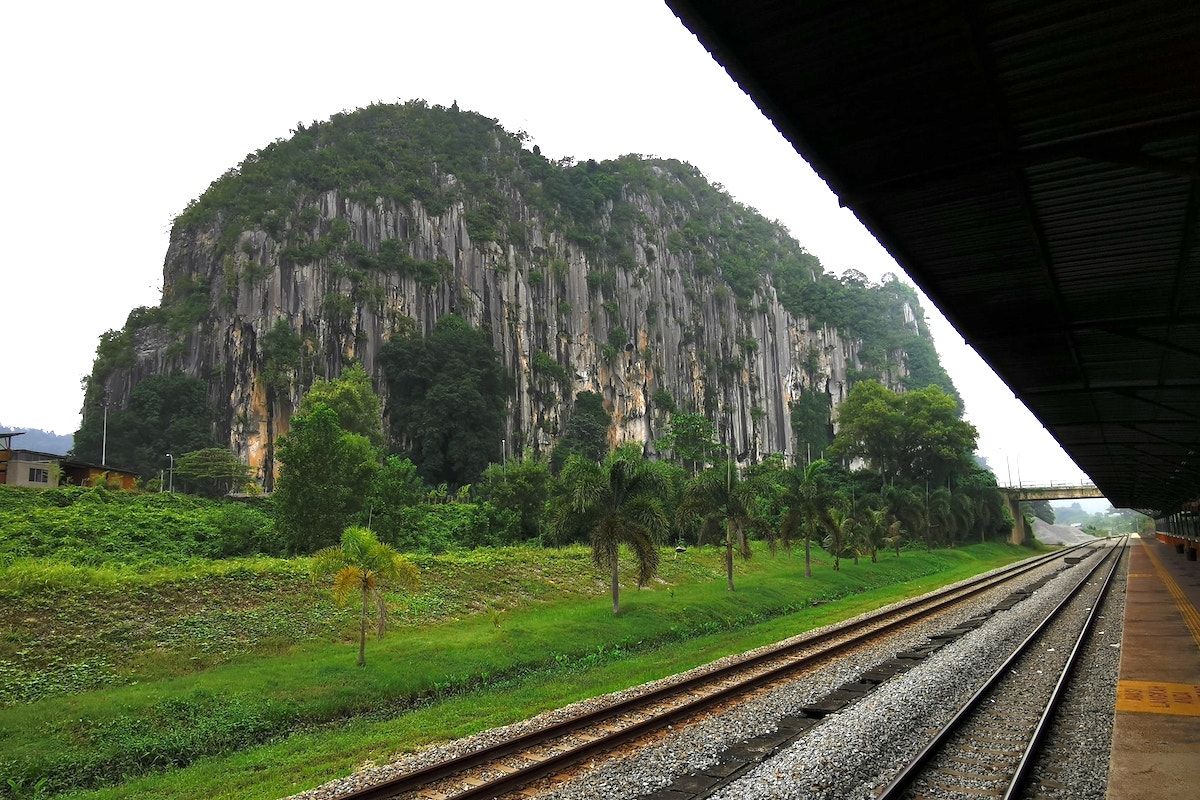 As a town and largest district in Kelantan, Gua Musang shares its border with the state of Pahang, Perak and Terengganu. There are numerous tales regarding the naming of the city, which literally translates to “civet cat cave” in Malay. First, people regularly locate civet cats in one of the caves on the fringes of the town, and the locals have given the area the name Gua Musang since then.

Second, according to folklore, a group of shamans conducted animal sacrifices in front of the cave. A furious storm broke out one day, and a lightning bolt struck the peak of the hill here, splitting it in half. The shamans felt the Cave God was furious with them, and while they prayed, they spotted a large group of civet cats, which gave the town its name. With such a fascinating tale, here are some of the top Gua Musang attractions that you should visit. 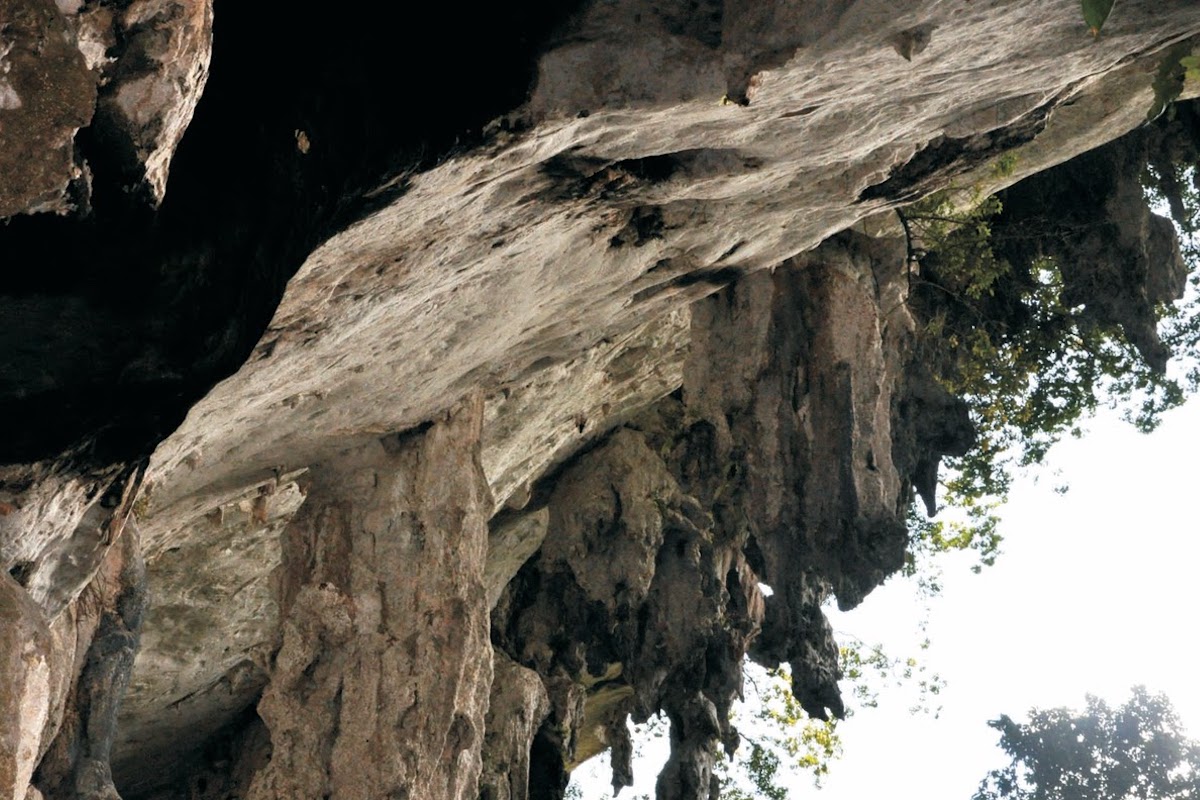 Madu Cave is about 4 kilometres from the town, near Kampung Batu Papan and is one of the most distinctive limestone caves here. It has a river and is surrounded by lush forests and a peaceful village setting, which draws people to participate in leisure activities around there.

Madu Cave literally means “honey cave”, and it gets its name because there are many beehives that produce honey in the cave. It is believed that this Gua Musang attraction is the largest cave for bees to build nests in the state. Tourists may be able to witness honey dripping from the nest if they are lucky. Another fascinating fact about this cave is that it was formerly used as a communist hideout due to its geographical location. 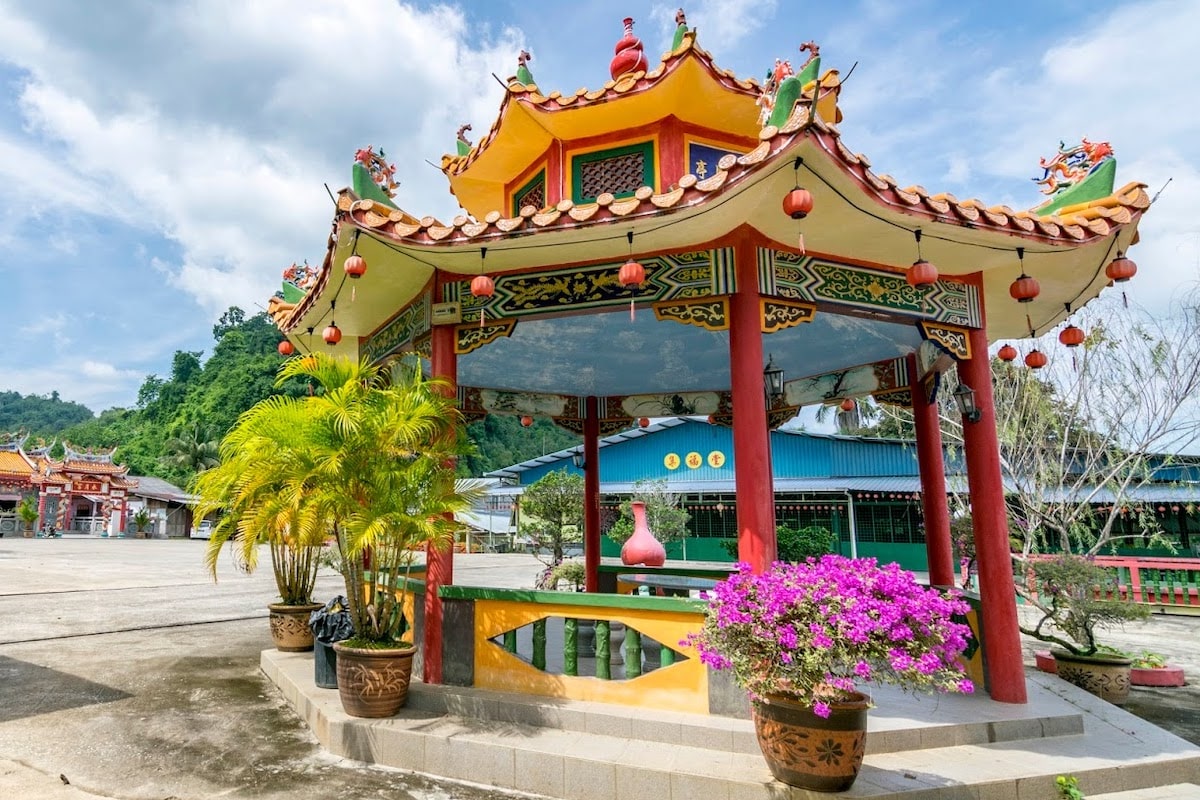 Guan Yin, the Goddess of Mercy, is honoured in the Water and Moon Temple, one of Malaysia’s oldest temples and a massive statue of her that has been sculpted can be found here. The temple was established around four hundred years ago after the Chinese Hakka settled in this town. A fascinating fact about the Chinese Hakka settlers is that they were first renowned for their gold mining operations, but once the gold deposits were gone, they were forced to shift to agriculture as a source of income.

The community eventually integrated with the aboriginal community in the later years. This temple, a living history representation of the community, was built near Princess Hill, known as Zhi Xia Dong in the Chinese community. The cave and the Galas River, which surround the temple, provide a sense of tranquilly to pilgrims and making this one of the most beautiful Gua Musang attractions. Gua Musang Lake Garden or Ketitir Lake Garden is located beside Gua Musang District Police Headquarters. The lake was once a site of mining activities. This beautiful spot is one of the perfect Gua Musang attractions for those who love taking pictures as it is surrounded by lush greenery and the beauty of the lake. The lake garden offers recreational activities like jogging, walking and exercising. 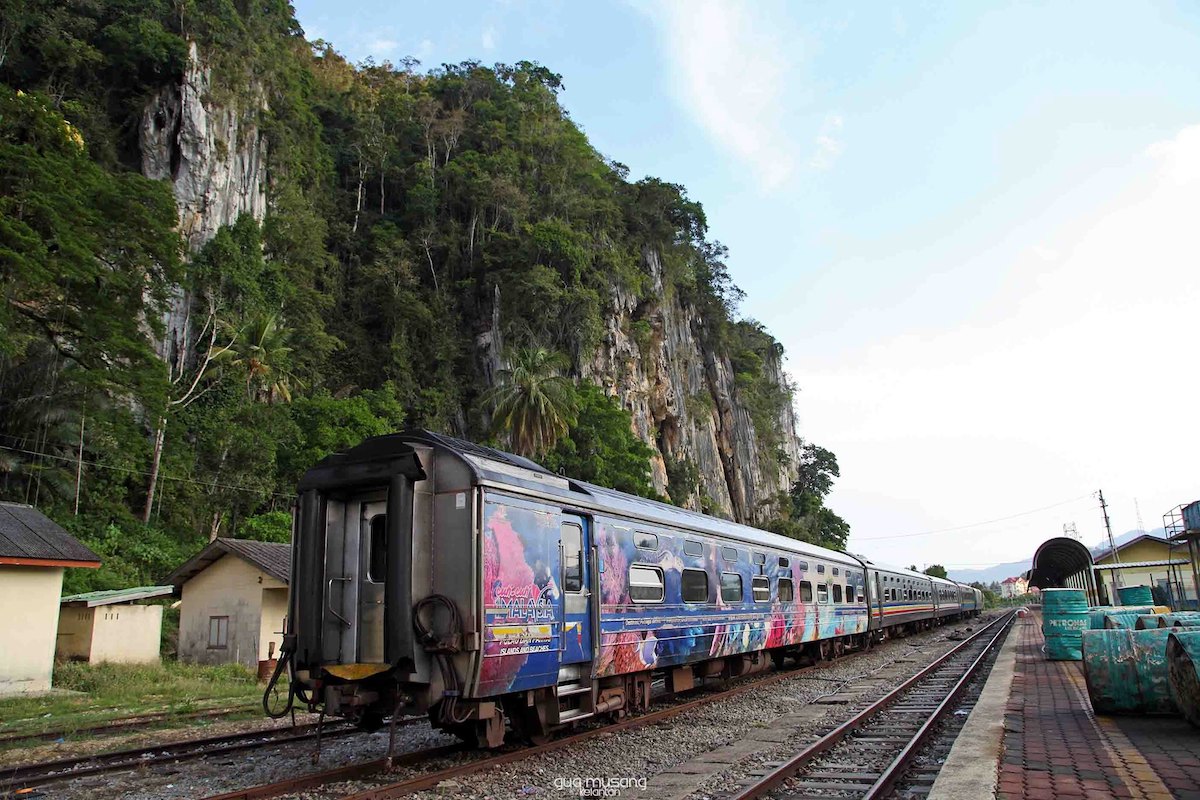 If you’ve ever wondered why a train station has become a tourist attraction, here’s your answer. The railway is distinguished by the natural splendour that surrounds it. Gua Musang Railway Station is situated at the foot of the hill, which is a desolate slope of rocks with deceiving stone stairs that rise to 105 metres.

The hill resembles a stone pillar with a large fissure that practically cuts it in half vertically. Despite the fact that this Gua Musang attraction was shut following a big flood in 2014, it remains available for photography or simply sitting and admiring the splendour. 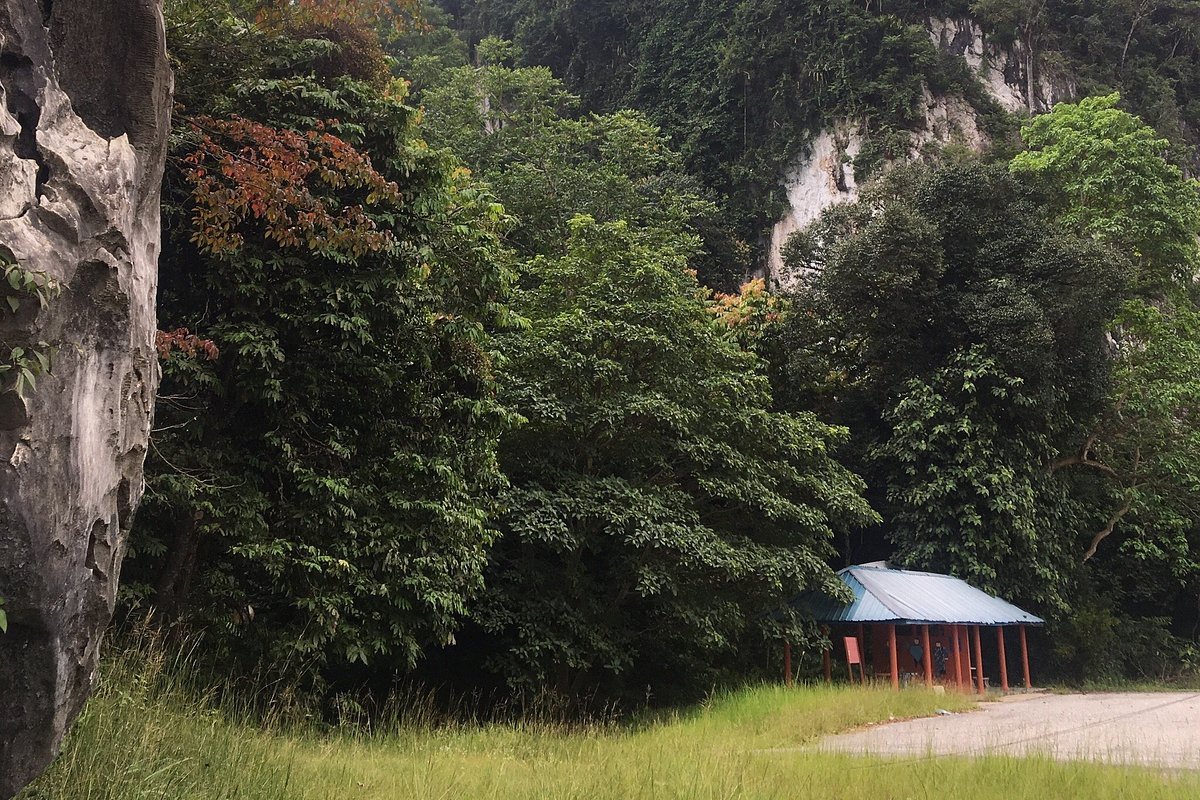 The herb garden and gallery, incubator centres for herbal-based SME businesses, leisure activity facilities, chalets, and a mini animal farm are the primary characteristics of the Ethnobotany Park. Several leisure activities, including rock climbing and camping, are offered apart from organising special activities such as family days, team building courses, etc. Basic amenities and exercise equipment, as well as lodging options, are also available. The park also functions as a livestock centre for Cassowary birds and Javan rusa deer, apart from it being one of the less popular Gua Musang attractions.

Gua Musang is a decent place to visit if you’re looking for fresh tourist attractions outside of the obvious ones like Langkawi Island, Kuala Lumpur, and Kota Kinabalu. For instance, the Chinese Hakka population in this town is fascinating, but many Malaysians are unaware of it. A visit here will be an opportunity to learn more about this community apart from enjoying the different Gua Musang attractions.