Taiping is a town in Perak, Malaysia, one of the world’s best sustainable cities. This town, home to one of Malaysia’s first malachite mining settlements, is known as the “City of Peace” and the “Birthplace of Modernity”. If you are planning a visit here, these are some of the Taiping attractions you should check out. Taiping Lake Gardens is one of the first and most popular Taiping attractions that you should visit. This 64-hectare garden was built on an abandoned tin mine site. Visitors often come to this lake for its aesthetic and magnificent beauty, and it’s a sight to see during sunrise and sunset due to its ten artificial lakes and ponds.

Giant rain trees can also be found at Taiping Lake Gardens. The trees appear to be bending down to drink water from the lake when taken for a picnic. The Taiping Lake Gardens are kept with great care and provide a recreational getaway in the middle of nature. Tall bamboo, pines, and other trees are planted all around, allowing for a peaceful scene. 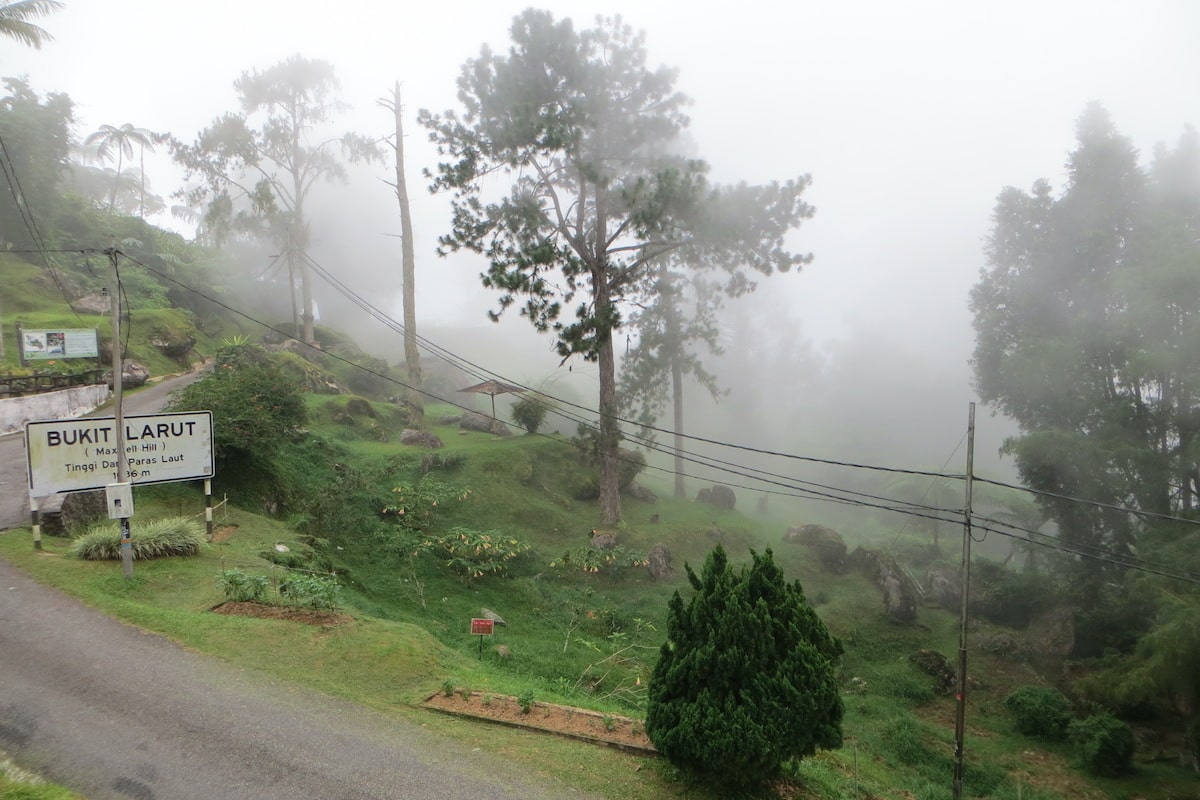 The magnificent Maxwell Hill, or Bukit Larut, located 1,250 metres above sea level and only 10 kilometres from the city centre, is a beautiful hill station with lush greenery. This place is renowned for its fragrant, chilly air, walking trails, and foggy mornings, apart from more than 600 species of plant life and over 200 species of birds. As one of the most challenging Taiping attractions, a hike up this hill takes roughly two and a half hours round trip, but at the summit, you will find a telecom tower that will give you an amazing 360-degree view of the town. 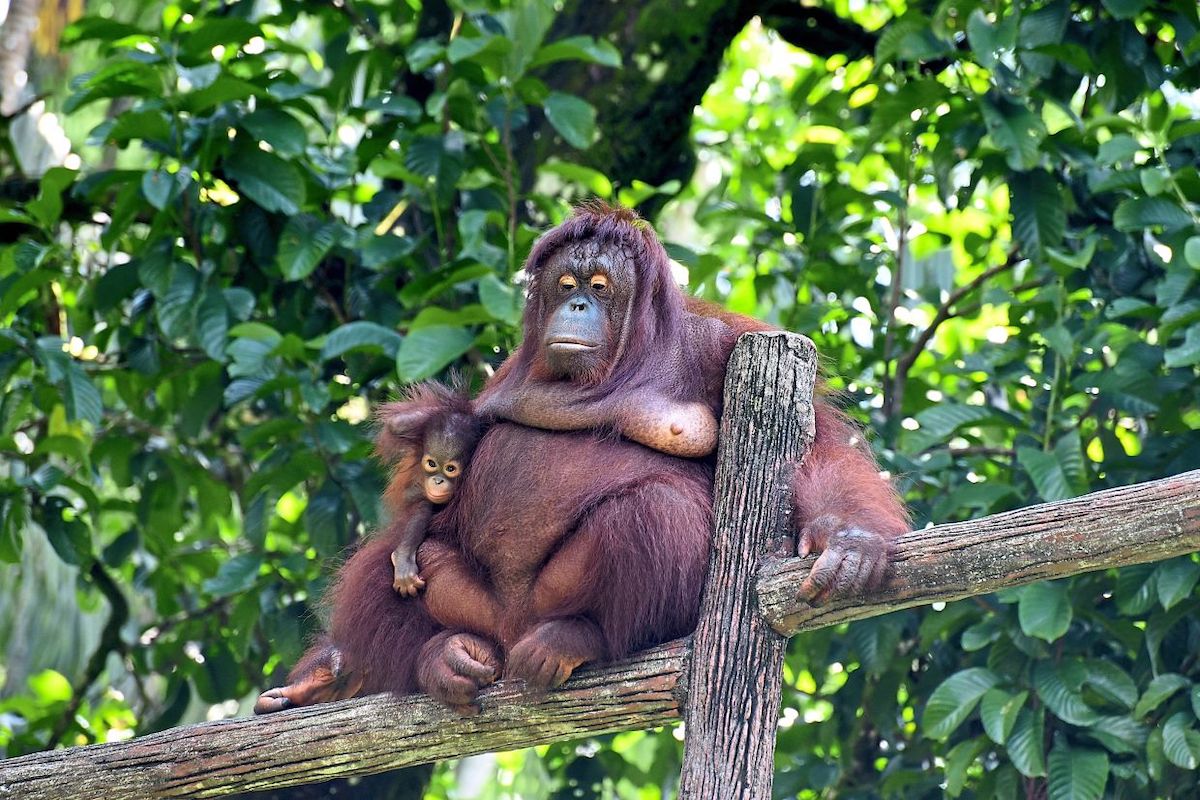 The Taiping Zoo, also known as the Sultan Idris Shah of Taman Mergastua, is a zoological park in Taiping, Perak, Malaysia. This zoo is located at the foot of the Maxwell or Larut hill and overlooks the beautiful Taiping Lake Gardens. The Taiping Zoo has more than 2,000 creatures, including 180 indigenous and exotic amphibians, mammals, and reptiles. Perak Museum is a modest public museum that serves as a symbol of Taiping. It was established in 1883 by Sir Hugh Low, the fourth British Resident of Perak, and the architecture is reminiscent of ancient British architectural style. What makes this museum more impressive is its incredible 8,474 exhibits, including 5,074 cultural collections, 523 nature-based collections, and 2,877 miscellaneous ones.

The artefacts on display in the early years of this museum were based on ethnography, zoology, botany, and geology. The work here, one of the symbolic Taiping attractions, is split into four galleries: Natural Gallery, Cultural Gallery, Indigenous People Gallery, and Temporary Gallery. The Wonder Farm Mushroom, one of the unique Taiping attractions, is a family-owned and -managed business operating for more than 30 years. For those interested, a fascinating and educational tour of the mushrooms is provided on this farm, which will take you through the different components and procedures involved in growing this plant. Among the mushrooms cultivated and sold here are oyster mushrooms, grey oyster mushrooms, reishi mushrooms (Ling Zhi), and tiger milk mushrooms. 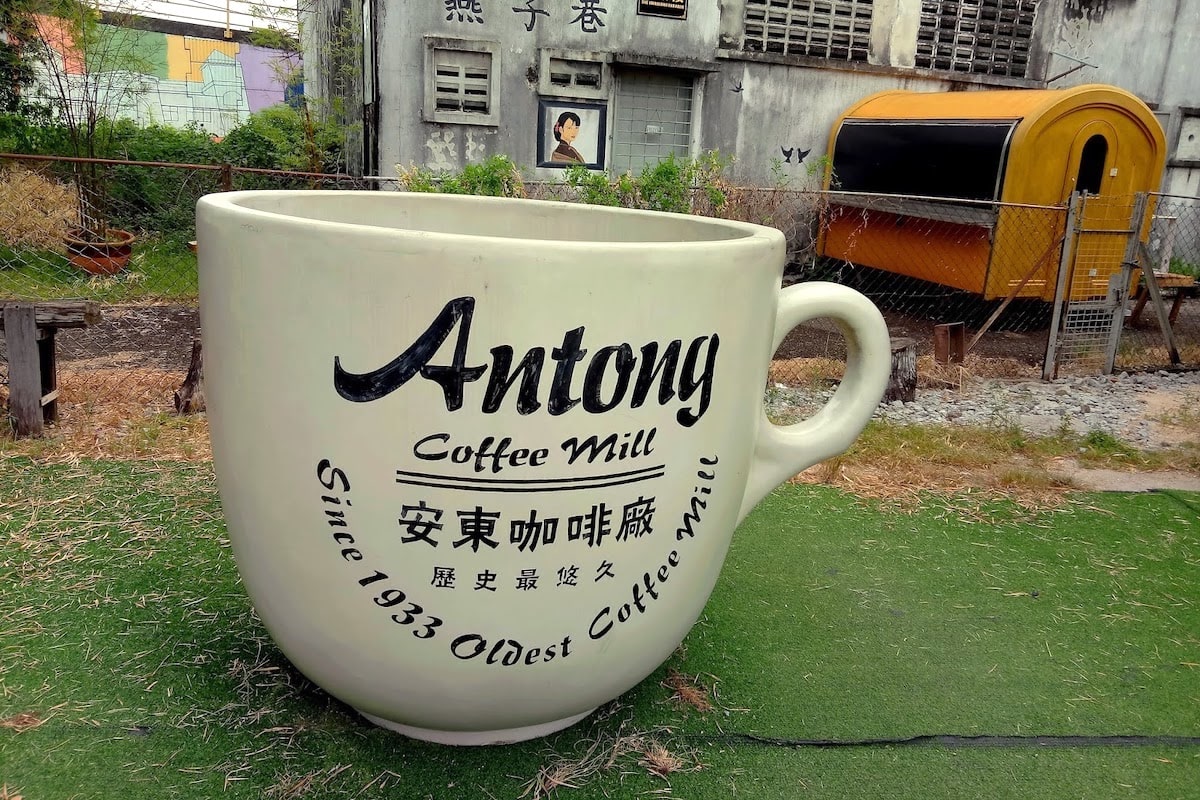 Antong Coffee Mill is Malaysia’s first coffee mill. The Antong Café brand of coffee is produced by the Taiping coffee plant, located in the main town. It’s also known for producing some excellent locally brewed coffees, such as Ipoh and Durian, and the factory exhibits how coffee is grown, roasted, and processed.

In this Taiping attraction, you will learn more about the coffee-making process and try out some samples of coffee before purchasing. The factory also has an adjacent shop called Sun Yat Sen Coffee Machinery Museum, which sells high-quality coffee powder and biscuits and serves as a historical information centre about Sun Yat Sen. 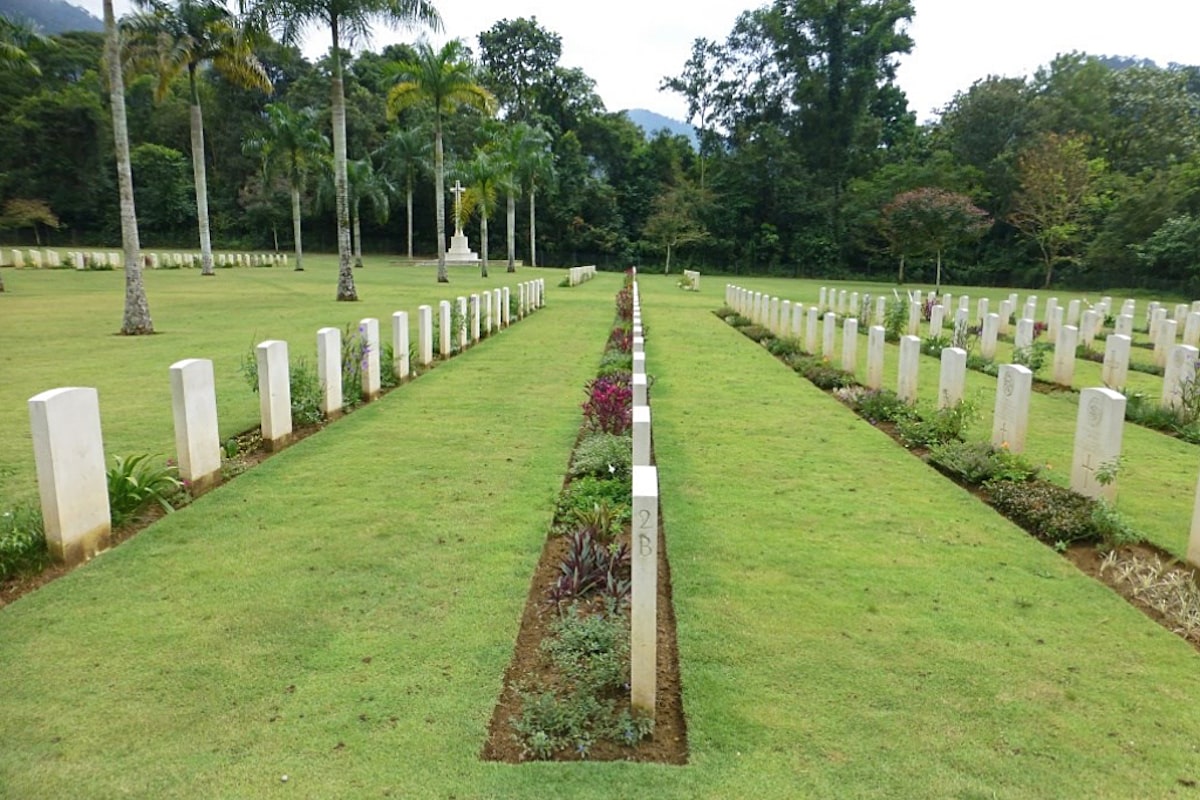 The Allied Office and Servicemen Martyrs’ Cemetery is a burial ground for allied office staff and military personnel who perished in the second world war. This graveyard is divided into a Christian cemetery on the southeast side of the road and a non-Christian cemetery on the opposite side. Of the 850 people buried here, 500 are still unidentified, and most of them came from the United Kingdom, Australia, China, Malaysia, or were of Gurkha origin. 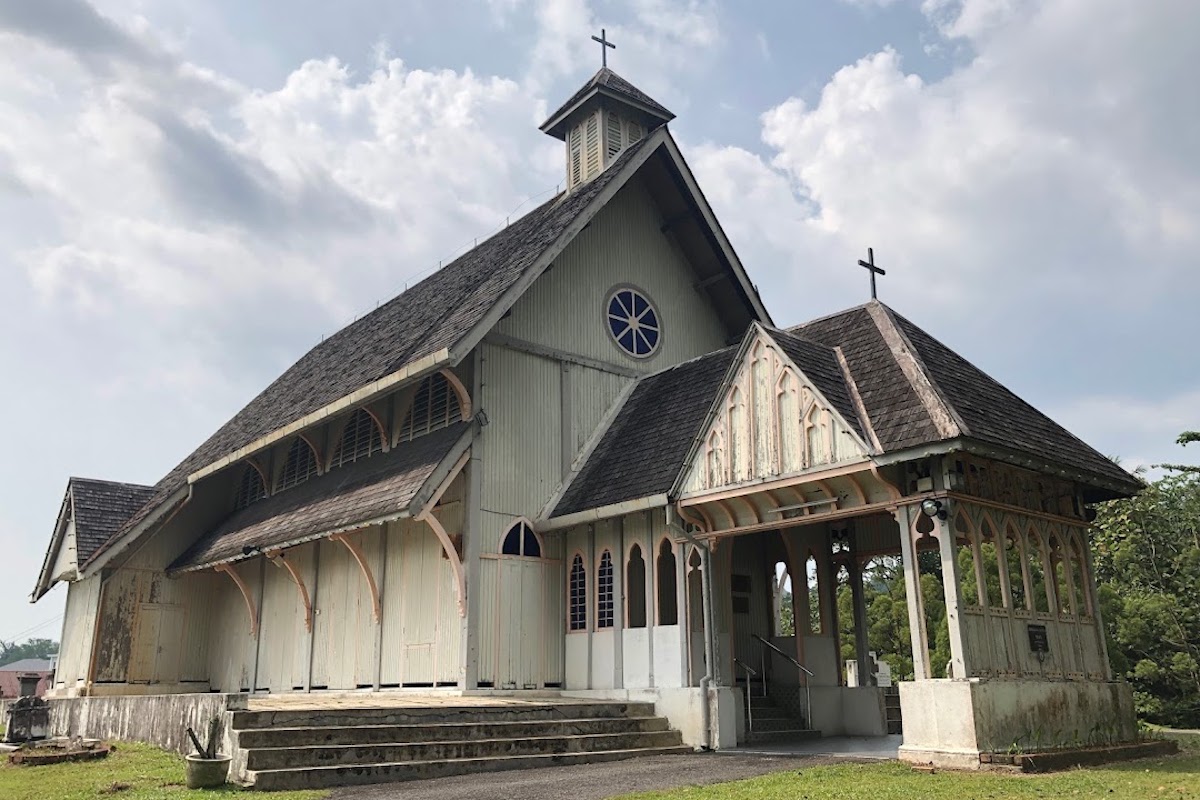 As the first church in Malaysia, All Saints Church is a charming wooden edifice in Taiping. The structure comprises meranti panels with hardwood frames and a louvred tower containing four tubular bells. Founded in 1886 and sanctified in 1887, this church is also one of the oldest religious Taiping attractions.

In 2008, this century-old sanctuary underwent some upgrades. This holy place of worship, aside from an administrative centre, is now equipped with restrooms, choir rooms, libraries, and vicarage apartments. The main hall at this religious site can also comfortably accommodate 350 worshippers. The Burmese Pool, better known as Kolam Renang Batu Besar, is a big rock pool along this town’s stream. Although this rock pool is relatively large, it is shallow, making it a popular destination for family gatherings and picnics. As this pool is located in the rainforest, visitors must trek through the Taiping Lake Gardens to find the Burmese Pool sign. The Taiping Clock Tower is a notable monument in the town’s centre. It was initially built of wood and timber before being rebuilt with bricks in 1890. The original square-shaped structure was also changed to its current design during the rebuilding.

While there are many identical structures in Penang and Kuala Lumpur, this Taiping attraction is unique because it is Malaysia’s oldest clock tower. The clock tower also serves as a tourist information centre with maps and information about Taiping.

While there is no entry path to the top of the tower, it looks lovely from afar. The 20-metre-high tower has a brick-coloured pyramid-shaped roof with precision-cut arches above a small weathervane in the form of a rooster. The middle of the building contains an open and airy balcony enclosure with flags decorating it, located directly over the main entrance, which features two red doors on each side.

Given the Taiping attractions, this town fully justifies its moniker as “the Heritage Town” in various ways. While not as popular as other tourist destinations, Taiping might be the solution to your travel cravings.